The price of onions, the quintessential Turkish staple, has shot up days before Turkey's parliamentary and presidential elections, sparking outrage that may benefit the opposition and feeding conspiracy theories left and right. 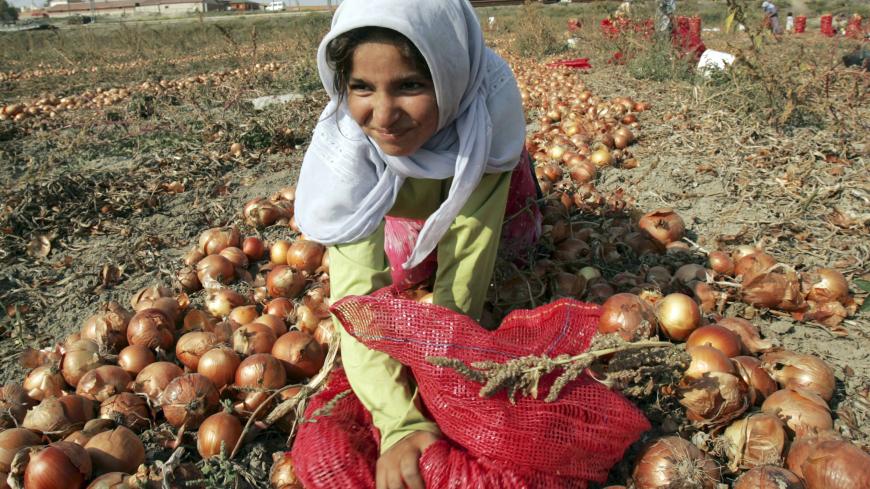 Onions are the staple of most Turkish dishes and if one is poor, together with a loaf of bread, one can constitute a meal. Thus news that the price of onions has skyrocketed to seven liras ($1.5) per kilo serves as handy ammunition for the country’s opposition ahead of Sunday’s parliamentary and presidential elections.

The anti-government leftist daily Cumhuriyet posted footage of disgruntled customers at an open air market who left empty handed because prices “burned” their hands. “I will have to cook without onions and just imagine their aroma,” said one. A vendor fumed, “It's incomprehensible. [The government’s] agriculture policy has failed.”

Turkey’s investment-promotion agency paints a decidedly different picture. “Home to the headwaters of the Tigris and Euphrates Rivers, Turkey’s agricultural sector today is echoing the prosperity of ancient Mesopotamia,” it says, noting that by 2023 Turkey aims to the among the top five overall producers globally. Agriculture employs about a fifth of the population and Turkey produces approximately 3% of the world’s onions.

The immediate reason for the dizzying rise in onion prices — they have more than doubled since last year — remains unknown. Government officials hinted that producers might be hoarding produce to drive up demand and therefore prices, while others suggested that the spike was yet another plot hatched by hostile foreign powers bent on unseating the country’s President Recep Tayyip Erdogan. Another possible reason is the rise in the cost of diesel oil used by farmers, aggravated by a weakening Turkish lira. Some farmers have returned to using horses to plow their fields, the government-friendly Haberturk reported.

Erdogan's conservative Justice and Development Party, which has governed the country for 16 years, owes its popularity in large measure to its economic performance, lifting millions out of poverty and building gleaming new hospitals and highways. But the effects of long-running structural problems including a gaping current account deficit, poor tax collection, inflation and youth unemployment are beginning to be felt. And nothing eats into votes like rising food prices.  Still opinion polls continue to show a narrow lead for Erdogan and the ruling Justice and Development Party.

Economy Minister Nihat Zeybekci signalled that the government would allow onion imports as a counter measure, prompting an angry response. Kemal Kilicdaroglu, the leader of the pro-secular main opposition Republican People’s Party (CHP), said, “Until recently, [surplus] potatoes and onions were being tossed into streams. Now we are going to import [them] and benefit other countries’ agriculture.” He seemed to spot a conspiracy as well: “The government is a toy in the hands of the Western agricultural lobbies,” he grumbled.

The CHP’s presidential contender linked the phenomenon to government graft. “If the [agricultural lender] Ziraat Bank hands out one billion dollars to media bosses, of course onions will surpass the dollar in value,” he told Fox News. Muharram Ince was alluding to allegations that the state-owned bank had financed the recent purchase of the last notionally independent media conglomerate Dogan Medya to a pro-Erdogan tycoon.

The onion debate has meanwhile lit up social media with memes of women sporting onion bulb necklaces and “solitaire onion” engagement rings. “Our eyes will no longer tear up when peeling onions but when buying them,” lamented one Hande on Twitter.