More than meets the eye to sale of Turkish media giant

The sale of Turkey’s biggest media group, Dogan Media Company, is likely to negatively affect the health of the country’s economy while diminishing access to accurate information from and within Turkey. 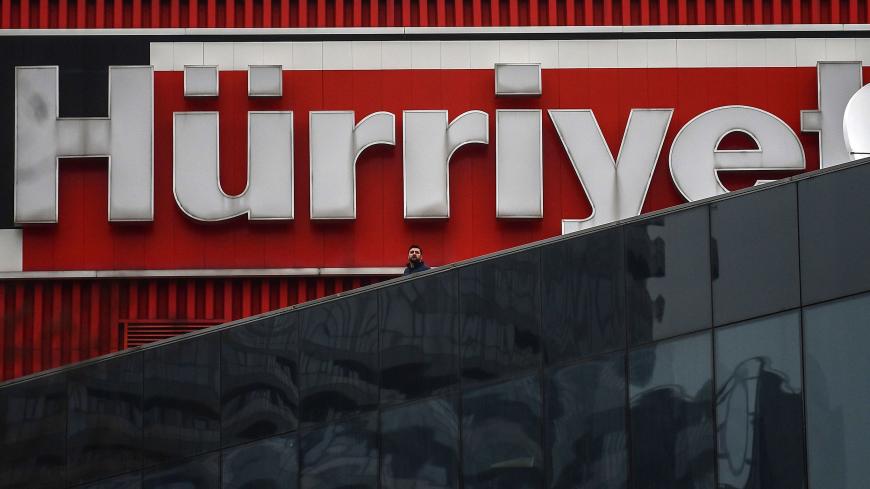 Dogan Media Company, the flagship media group of Turkey, is on track to sell off most of its affiliates and outlets to a pro-government group. The talks for the sale are ongoing following the decision, which was announced March 21. Dogan Media Company's change of ownership is crucial for several reasons. The media group controls several newspapers, including the flagship daily Hurriyet, TV channels such as CNNTurk, an internet and digital television service called D-Smart, and a distribution system called YAYSAT.

Erdogan Demiroren, the owner of the buyer group Demiroren Holding, is best known in Turkey for his unadulterated devotion to President Recep Tayyip Erdogan and the ruling Justice and Development Party (AKP). Demiroren also owns Milliyet and Vatan newspapers, both of which belonged to Dogan Media Company up until 2011.

Baris Yarkadas, a lawmaker from the main opposition Republican People's Party (CHP), brought the recent sale to the attention of the national anti-trust board, highlighting that with this sale the Demiroren media conglomerate will be dominating the media market. The board still has to follow due process to finalize approval of the sale. Yarkadas said that he would ask them to stop the sale.

Most of the conversation inside and outside of Turkey about this sale rightly focuses on the tightening of the government’s grip on all sorts of media outlets. Particularly when the newly introduced internet regulations are taken into account, the sale of Dogan Media Company to the pro-AKP conglomerate generates a grim picture. The accuracy of news from Turkey is likely to suffer significantly along with the watchdog function of independent media outlets.

This sale — with the latest updated figure of $890 million — is said to be quite below the market value, yet is questioned as being above Demiroren’s budget. There are serious medium- and long-term effects of this sale on the precarious Turkish economy.

The sale made headlines and primetime news for some days, although Ankara insiders knew for over a year that it was only a matter of time.

One senior technical person from CNNTurk told Al-Monitor, “Despite all appeasement, Dogan Media was still not forgiven by Erdogan. The president never forgot the headlines at Hurriyet in April 1998 claiming, ‘Erdogan could not even be a mukhtar [head of a village].’ When Fikret Bila became [editor-in-chief] of Hurriyet [in February 2017], then we were sure. Bila was the man who handled the transition of Milliyet as well. But we have nowhere else to go. So we are now just waiting to be laid off. At least we can collect our salaries until then.”

Yarkadas predicts that 3,000-3,500 people will be laid off within the next year, which will only add to increasing rates of unemployment in Turkey. The Demiroren group previously merged Vatan daily with Milliyet, and the number of people employed was slashed. The salaries of most media employees are also unlikely to rise in line with the yearly inflation. This sale will also mean that along with thousands losing their jobs, hundreds of pro-AKP figures may find employment, which would please the AKP’s voter base.

The fact that pro-AKP entities are now making up almost 90% of the media in Turkey is worrisome.

Eren Erdem, a lawmaker from the CHP, tweeted, “Today [the day of the sale], CHP’s visibility in all media is 17%. AKP’s presence is 70%. But more than half of CHP’s 17% coverage is negative. No media system can be worse.” Yet in the following tweet, Erdem added that Hurriyet was responsible for a majority of the CHP’s presence in the media, so after this sale, Erdem is well-aware the situation will get worse.

There is other bad news for the few remaining independent outlets. YAYSAT, the distribution company, is now in the hands of the Demiroren group. That means that independent publications such as Birgun, Cumhuriyet, Evrensel or Sozcu may no longer be distributed to several markets in Turkey. As these outlets are likely to suffer further economically, it may mean more unemployment along with less aggressive media coverage.

A professor of media studies who requested anonymity told Al-Monitor, “Monopolization of media outlets into the hands of a few conglomerates with deep and complex relations with the government and other sectors of the economy also means that even if the ownership is private, the way that it functions is the same as state-owned. In a way, this is a nationalization process.” The professor explained that since the 1980s, the media has become a lucrative sector for rich businessmen because they could use it to put pressure on the government for favors. Erdogan, particularly after 2009, started turning the tables around. “Media owners gradually lost control over who can be the managers, columnists or even reporters in their outlets.”

After the sale, Yusuf Ozkir — a researcher at pro-government, Ankara-based think tank SETA — wrote a column titled “The opportunity for Hurriyet [Daily] to be Local,” in which he said, “When Hurriyet brand’s value is combined with a publishing policy that aims to inform the public without colliding with Turkey’s national values, this would be effective for the readers as well as help Turkey to refute attacks from abroad.” Although one could question how Hurriyet would now be local, it is important to highlight that Dogan Media Company has currently suspended its contracts abroad. Yet for foreign investors, this sale and the timing of such a prominent media outlet is cause for concern.

Turkish-American economist and Duke University professor of economics and political science Timur Kuran told Al-Monitor, “It means that economic mismanagement, cronyism, bad regulations and anti-competitive measures will go unreported. The Turkish public will have even less exposure to alternative approaches to managing the Turkish economy,” all of which are likely to scare foreign investors further. Foreign direct investment decreased 16% in 2017, and the current account deficit increased 163% from March 2017 to March 2018. As the Turkish lira loses value against the dollar, the purchasing power of the average Turk decreases. For example, in 2008 the per capita income was $10,931; in 2017, it went down to $10,597. Yet most of the pro-government media brag about “record-breaking growth rate of Turkey.” Hurriyet daily columnist Ugur Gurses asks a poignant question: “How healthy is this growth rate? The answer that it is not [healthy] lies in the fact that 7.4% [annual] growth rate is accompanied by 10-12% inflation.”

The Dogan Media group’s sale is likely to contribute to increased unemployment and decreased media income. Currently, most ads in newspapers and television are paid through the official Directorate of Public Press Advertisements and semi-public firms such as Turkish Airlines and Turk Telekom, which have been openly favoring pro-AKP outlets. One senior bureaucrat told Al-Monitor, “Now we can save money because there will be less competition between news agencies.”

The sale of the Dogan Media group is another step to end the commercially owned, market-oriented media system. In the past, Erdogan and the Turkish government attempted to bind media owners through personal and financial interests; now, they seek to determine who will own which outlets and who will manage them.

The worst long-term economic impact of this sale would be the more muted diversity of ideas. Acquiring accurate information from Turkey will be more difficult with the finalization of this sale, and independent minds will have fewer venues in which to share their opinions. Overall, we will all be more Turkey-poor in the coming months.