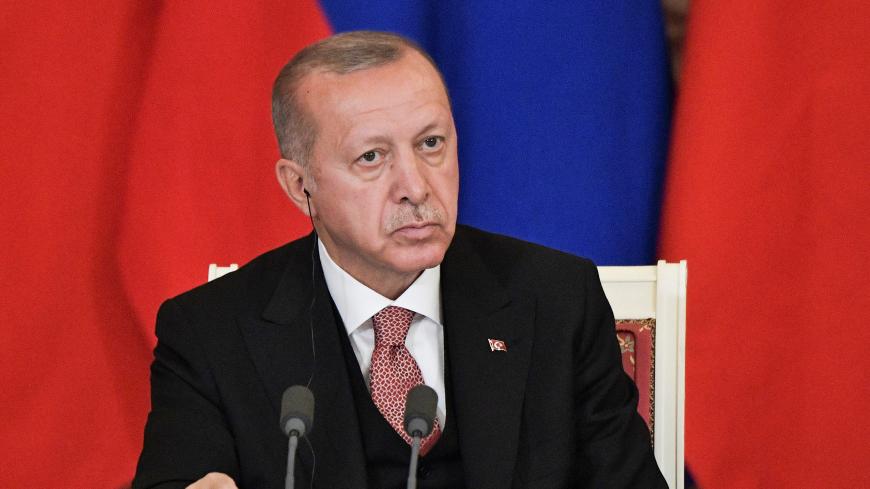 ANKARA, Turkey —  The interview had ended. The digital recorder was turned off. But as Al-Monitor prepared to leave his office, the interviewee said something that was not for attribution: “If (President Recep Tayyip) Erdogan loses in these elections, Turkey will have a hard time.”

Erdogan did lose in the local elections of March 31. Not nationwide — where his Justice and Development Party (AKP) came home with 44% of the vote — but in the biggest cities of the country, Ankara, Izmir and Istanbul. In Istanbul, the recounting of votes was continuing.

And the hard time is beginning. Before boarding a plane to Russia this morning, Erdogan told reporters that “organized crime” had been at work in the polling for Istanbul. If the Supreme Electoral Council finds that “the voters’ will hasn’t been clearly established, or observes grave irregularities, that would necessitate a repeat vote,” he said. Americans re-run elections “when there is a 1 percentage point of difference in problematic votes,” he claimed. In fact, election do-overs are rare in the United States.

While last week the president was saying he would accept the electoral council’s judgment on the Istanbul count, today he made it quite clear what the council should do. As Bloomberg put it, Erdogan “all but told the High Election Board to hold a new poll.”

The opposition rejected Erdogan’s call for a new election.

“Renewing the election until the AK Party wins” is what happens in dictatorships, Meral Aksener, the leader of the Good Party (Iyi), said last week. Her party had formed an alliance with the main opposition Republican People’s Party (CHP) for the election. The CHP-Iyi candidate for mayor of Istanbul, Ekrem Imamoglu, made a similar point Friday when he contested the repeated expansion of the recount. “Where are we heading?” he asked. “Is it: Let’s count votes until Imamoglu loses?”

The Istanbul Bar Association criticized Erdogan, saying his words “have a quality of putting state institutions under pressure and affecting their impartiality.”

The argument shows that for all Turkey’s lurch toward authoritarianism in the past few years, the opposition is very much alive. Perhaps it has been emboldened by winning control of six of the 10 biggest cities in the country. But the flip side of the opposition’s success is a loss that Erdogan finds it difficult to accept. Could the voters’ rejection possibly effect a change in his behavior?

Dogu Ergil, a retired professor of politics from Ankara University, told Al-Monitor that Erdogan has to change his economic policies. The economy is in recession; inflation is 20%, unemployment 13.5% and the prices of vegetables have risen 30% year-on-year. All the opinion polls said economic conditions were the No. 1 issue in the election.

“But change otherwise is very hard,” Ergil continued. Erdogan has so monopolized power that “he can control anything and make decisions on every issue. So (to change that) would be a total reversal of the existing system, and he won’t do it.”

In the election, the second biggest opposition party, the Peoples' Democratic Party (HDP), did not field candidates in the cities of western Turkey so as not to split the opposition vote. The pro-Kurdish party’s former leader, Selahattin Demirtas, who is in prison for spreading terrorist propaganda, sent a message urging his supporters to “vote No to fascism.”

The tactic gave victory to the opposition in Istanbul, a city with an estimated 2 million Kurds, where the latest recount shows Imamoglu winning by as few as 15,000 votes.

In the campaign Erdogan branded the HDP as “terrorist,” repeating his charge the party is aligned with the Kurdistan Workers Party (PKK) — a claim the HDP denies. And he accused the CHP-Iyi alliance of “collaborating with terrorism.” Aksener ridiculed the allegation when she began her speech to a huge crowd in the town of Denizli last month with the words: “You citizens of Denizli that the president calls terrorists, how are you?”

The former editor of the Hurriyet Daily News, Murat Yetkin, told Al-Monitor that while HDP voters are “accustomed to being accused of terrorism, for the CHP and Iyi supporters, it was very humiliating. And among AKP people as well, some of them reacted to this.”

On election day, Al-Monitor met an opposition voter outside a polling station in Ankara who deplored Erdogan’s use of the “language of war” against the 50% of Turks who don’t vote for him.

“Erdogan calls the others ‘terrorists’ or ‘collaborators with terrorism,’ but we all pay our taxes; we all serve in the army,” he said, declining to give his name because “there is no rule of law.”

Ergil said that Erdogan’s “terrorism” talk damages society, but that the president is unlikely to stop it. “In his mind, this is an essential mechanism for rallying people,” Ergil said.

Erdogan still enjoys influence over the cities he has lost. They get most of their funds from the central government.

Ozgur Unluhisarcikli, the director of the German Marshall Fund think tank in Turkey, told Al-Monitor the government allocates funds to the cities according to a formula written in law. But if the cities appeal for extra funds for big projects, such as building an underground railway, Erdogan would be able to exercise his control over the ministries concerned.

“The central government will likely invest less in the (CHP-controlled) cities, but how do you invest less in Istanbul? You can’t do that,” Unluhisarcikli said. The city’s 15 million people account for a fifth of Turkey's population.

Furthermore, as Erdogan has repeatedly pointed out, the opposition may have captured the mayor's posts in Ankara and Istanbul, but the AKP still holds a majority on the city councils.

Murat Yetkin said these AKP majorities will give Erdogan a “limited influence” on the mayors. The new mayor of Ankara, Mansur Yavas, has already declared his intention to appoint AKP council members to the budget committee of the city council.

“A very clever move,” Yetkin told Al-Monitor, adding that Imamoglu had also reached out to the AKP members on the Istanbul city council. “These kinds of reconciliatory moves will perhaps ease the hands of the mayors,” he said.

During the campaign Erdogan warned Kurdish voters that if they returned the HDP to the town halls of southeast Turkey, he would dismiss the elected mayors and appoint trustees. In the past three years, the president has dismissed more than 90 HDP mayors and replaced them with government-appointed administrators.

On Friday the government took the first step toward fulfilling his vow. State prosecutors charged the newly elected mayors of Diyarbakir, Adnan Selcuk Mizrakli and Hulya Alokmen, with spreading terrorist propaganda. The HDP always fields a man and a woman as co-mayors in local elections, and Mizrakli and Alokmen had won Diyarbakir, the Kurdish capital of Turkey, with 63% of the vote to the AKP's 31%.

Their predecessors, Gultan Kisanak and Firat Anli, were dismissed in 2016. Kisanak, a former journalist and the first female mayor of Diyarbakir, is now serving 14 years’ imprisonment for terrorism.

Whether Erdogan will continue to dismiss a host of Kurdish mayors depends on the advice he receives, said Ergil. The president will calculate whether “alienating the Kurds is good for the AKP” or whether trying to “win back” the Kurds would be a better idea because between 30% to 40% of them used to vote AKP.

There is another calculation that Erdogan has to make. The election produced a rare cooperation between a nominally social-democrat party (CHP), a moderate nationalist party (Iyi) and a Kurdish nationalist party (HDP). As Unluhisarcikli said, “Erdogan built that alliance”.

The president has to calculate whether it is wise to sustain it.