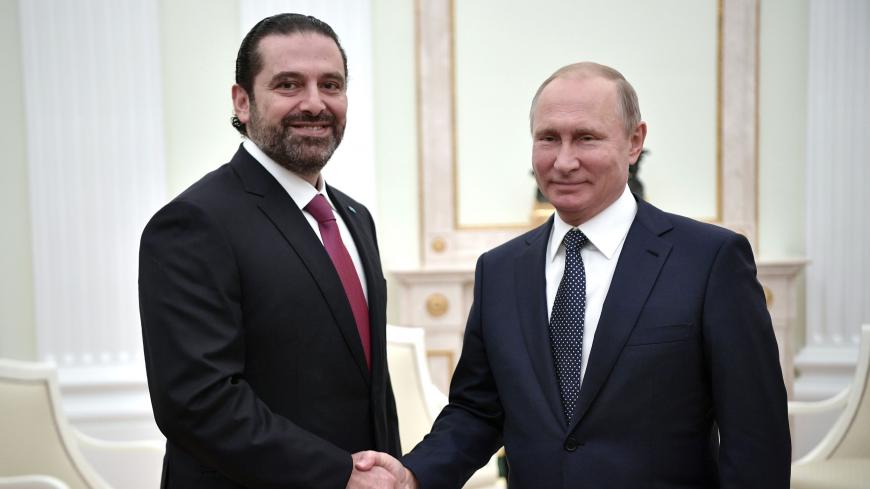 Calls for world leaders to boycott the FIFA World Cup in Russia have largely failed despite Human Rights Watch's urging in response to “atrocities by Russian and Syrian forces in Syria” and UK officials' absence over the alleged poisoning of former spy Sergei Skripal and his daughter Yulia. Not only did the presidents of most former Soviet states come to Moscow for the opening ceremony, but so did leaders from across the non-Western world, including from the Middle East. While Saudi Crown Prince Mohammed bin Salman’s visit — which included talks with President Vladimir Putin over an OPEC-Russia oil deal — could have been officially explained by the crown prince’s support for his native Green Falcons in the opening game against the Russian hosts, Lebanon’s Prime Minister Saad Hariri also took advantage of the soccer celebration to hold talks with both the Russian leader and the future Saudi monarch.

Putin’s meetings with Hariri have been regular and are often held behind closed doors. While serving as Lebanon’s prime minister from 2009-2011, Hariri visited Russia on numerous occasions. In 2016, as an ex-prime minister and leader of the Sunni Future Movement party, Hariri met with Russian Foreign Minister Sergey Lavrov to ask Moscow to influence the policies of Iran and Hezbollah in the region. Though Hariri visited in a private capacity, he was received in the Kremlin. Putin’s spokesperson Dmitry Peskov later explained that the Russian president “had good relations” with Hariri’s slain father, late Prime Minister Rafik Hariri.

In September 2017, Hariri came to Moscow in an entirely different political context, after Russia’s presence in the Middle East had grown dramatically over the Syria campaign. Importantly, that visit occurred amidst successful operations against the Islamist militant group Hayat Tahrir al-Sham from territory around Arsal, and Russian Prime Minister Dmitry Medvedev congratulated Hariri in their meeting. Back then, the agenda of the talks was dominated by refugee issues as well as prospects for bilateral economic and military cooperation. Hariri’s latest trip seems closely associated with all of the issues of his past visits with one exception: This time, there was no mention in the Russian media of military deliveries to Lebanon as part of the talks.

Following his hour with Putin, Hariri said they discussed ways to address issues concerning Syrian refugees. On the same day, Lebanon’s Foreign Minister Gebran Bassil harshly criticized the United Nations refugee agency, saying its policy is “to forbid the return” of Syrian refugees to their homes. The Lebanese authorities have a strong interest in thousands of displaced Syrians returning home wherever security is restored. Not only do the makeshift refugee camps undermine the already crippled Lebanese economy, but there have been reports of them serving as a breeding ground for recruitment by various terrorist groups. For both Moscow and Beirut, the issue has not only humanitarian and economic facets, but also a strong political element. The process of repatriating refugees requires the involvement of the Syrian regime, which has been internationally isolated. Hariri, however, doesn’t seem enthusiastic about dealing with Assad, especially in light of the American and Saudi positions on the issue. Hence, Russia’s role in this matter may be key.

An additional irritant in the situation is Syria’s draconian new Law 10, which gives property owners one year to prove ownership or face seizure from the government. While the law has yet to be applied, presenting evidence of property ownership for refugees, including family members of the Syrian opposition, could be difficult and the law may thus impede their return. Hariri mentioned that this law had also been discussed with Putin.

The issue of the return of refugees and their property is closely associated with a second aspect of the Hariri visit: curbing Iranian influence. With the US withdrawal from the Iranian nuclear deal and Israeli pressure, Iran is seeking to make its presence in Syria less prominent. It will thus most likely rely on Hezbollah and other local militias to use their influence that has emerged as a result of demographic changes alleged by Syrian opposition sources, including the settlement of Shiites on the border with Lebanon and their purchases of property in a number of Syrian provinces.

In turn, having acted as a defender of civilians in Arsal against the radical Syrian opposition, Hezbollah apparently improved its image among Lebanon’s Sunnis and more importantly secured a foothold that enables it to influence the course of war in Syria.

A retired senior Russian military officer told Al-Monitor on condition of anonymity that Russia’s Defense Ministry constructed a three-level troop-management system in Syria: a central command in Moscow, another command in Syria and groups of tactical advisers that interact with different actors, including irregular forces.

“Because this system enabled interaction with Hezbollah, Lebanese Sunnis seek to enlist Russian support," he said, citing "successful conflict management not only between the Russian military and Hezbollah but also between Hezbollah and the Syrian army,” he said.

The third aspect of the Putin-Hariri talks according to the Kremlin had to do with increasing bilateral economic cooperation. Russian companies have long been rumored to have been invited to participate in the development of Lebanon’s offshore oil and gas sector. In 2017, Russia’s Lukoil and Novatak entered the second round of licensing talks for the exploration and development of hydrocarbons in Lebanese territory. However, to what degree Russian companies are prepared to face the risks remains an open question, given that the prospects for this offshore region vary dramatically.

Although the discussion of bilateral military cooperation was never mentioned in official press releases, the issue looms large in Russian-Lebanese relations.

In March 2018, Mikhail Bogdanov, deputy foreign minister and special presidential envoy to the Middle East and Africa, stated that Russia had been planning to deliver some military hardware to Lebanon free of charge. The Russian press reported that the list was agreed upon during a Russian military forum called “Army-2017” and further discussed during Hariri’s visit to Moscow last fall. The talks allegedly included the transfer of light weapons and used artillery systems such as the BM-21 "Grad" multiple rocket launcher on a Kamaz-5350 chassis — already spotted in Lebanon — and its ammunition as well as trucks, possibly armored vehicles, infantry fighting vehicles and eight to nine Мil Mi-8/24 multipurpose helicopters.

Clearly, the prospects of Russian military deliveries raise little enthusiasm among Lebanon’s sponsors in the West who have traditionally seen strengthening of the Lebanese army as their own way of countering Hezbollah’s influence. Since the long-term implications of Russian military deliveries — including whether they can embolden Hezbollah — are unclear, Western countries are pressuring Beirut to give up on their deal with Moscow. Yet, despite his own misgivings over Hezbollah’s influence, Prime Minister Hariri is sensitive to the signals coming from the Saudis, who seek to diversify Lebanon’s military ties and thus want to take advantage of the Russian proposal. Moscow is thus optimistic that the military deal with Lebanon will ultimately succeed.