As Russia works to put the finishing touches on Syrian civil war negotiations, representatives from many Mideast countries are showing up at Putin's door, including Lebanon, which has much to give and gain in the situation. 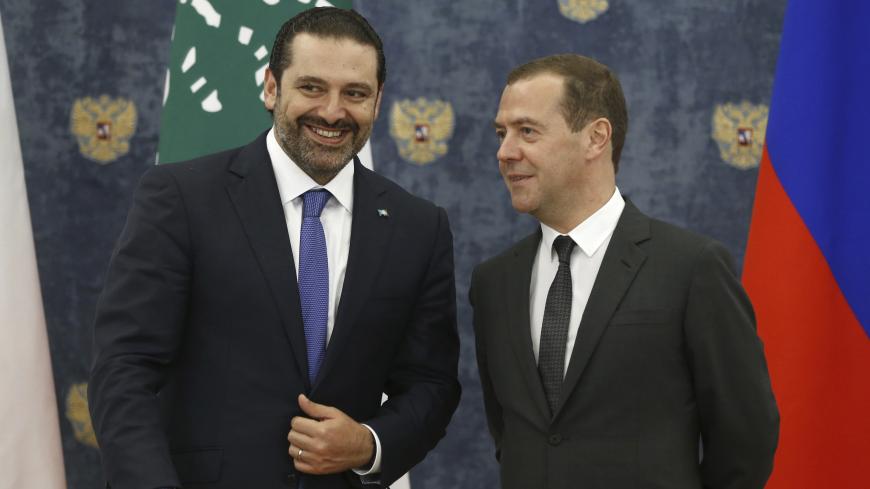 That’s not surprising, though. Now that the full-scale Syrian peace settlement is underway, we’re seeing a flurry of negotiations. Everyone wants a smooth ride without anyone taking advantage of anyone else. Top-level assurances are necessary.

Putin’s meetings came just a day before the latest round of Syrian talks began in Astana, Kazakhstan, where Russian, Turkish, Iranian and Syrian delegations settled the remaining issues concerning de-escalation zones. The agenda included delineating the Idlib zone and finalizing monitoring mechanisms. It will also be important to launch a joint campaign against Jabhat Fatah al-Sham, formerly Jabhat al-Nusra, militants based in Idlib. Should this work out well, the parties can move to the next stage, which is political resolution.

In a surprise move just before the Sept. 14-15 talks, Russian Defense Minister Sergei Shoigu flew to Damascus to meet Syrian President Bashar al-Assad. Following hot on the heels of the minister’s trip, Iran’s Zarif arrived in Sochi to compare notes.

Zarif’s arrival also coincided with Russian Foreign Minister Sergey Lavrov's return from a trip to Saudi Arabia, where he reiterated that Moscow doesn’t intend to mediate a boycott of Qatar by Saudi Arabia, Bahrain, the UAE and Egypt.

At this point, Russia is only interested in keeping a potential confrontation between enemies Saudi Arabia and Iran from harming the peace settlement in Syria. Iran, in its turn, needs to make sure its interests will be respected in Syria and that Russia will not change sides. This is particularly important in light of preparations for Saudi King Salman bin Abdul-Aziz Al Saud’s visit to Russia slated for early October.

One can say the Lebanese prime minister’s arrival in Sochi has emerged as part of such preparatory work.

Russia has always given Hariri a red-carpet welcome. This is not conditional upon the importance of Lebanon to Russia. Hariri is the key to Saudi Arabia, and Russia considers Saudi Arabia the key to the Middle East.

“King Salman is certain to visit Moscow, and we firmly believe that his trip will positively impact upon the Arab and Muslim world,” Hariri said when asked about the outcomes of his talks with Putin.

The Lebanese prime minister benefits directly from fence-mending between Russia and Saudi Arabia, which Russia does at the possible expense of offending Iran. The Sochi talks between Hariri and Putin focused on military and technical cooperation, a major sticking point in bilateral relations. A 2015 deal for Russia to supply Kornet anti-tank missiles and T-72 tanks — a contract worth $500 million — has yet to materialize. In Moscow, rumors have it that money is the issue; other talk suggests that intra-Lebanese differences are blocking the deal. These two ideas are not mutually exclusive.

Moreover, Washington, Lebanon’s leading military supplier, would hardly approve of Beirut cooperating with Moscow. Beirut receives its required military assistance gratis, but in the spring there was speculation that the program could be curbed or a credit line could be set up instead. Though the United States still supplies military hardware, there are concerns that US equipment is ending up in Hezbollah’s hands. Gen. Michel Aoun, who became Lebanon’s president in October, maintains strong links with the organization.

Lebanon received relatively little in the way of international aid, compared with some other countries, when the Islamic State (IS) infiltrated its borders, teaching the Lebanese army a bitter lesson: It cannot rely on anyone but itself in protecting its people.

Hariri’s visit to Russia followed the successful campaign of the Lebanese to drive IS out of the country. This is a triumph for the army that regional actors have not taken seriously so far. Yet the success wouldn’t have been possible without Hezbollah, which is claiming the biggest share of credit for defeating IS. The group stole the limelight, stripping the prime minister of a possibility to reap political dividends. Still, if Hariri manages to clinch the agreement with Moscow on military supplies from Russia, it would be a major boost for him.

Hariri’s meeting with Putin addressed financial details of the future deal, Moskovsky Komsomolets newspaper reported: “Lebanon hopes that Russia will agree to cut prices or give a loan to pay for the supplies, as the parties jointly engage in the fight against terrorism.”

In fact, there is one more option. Saudi Arabia could agree to foot the bill. From this perspective, it is peculiar that talks are being held ahead of Salman’s visit to Russia. What would matter in this case is that Saudis do not concern themselves — like some in the United States do — with whether Russian military hardware will fall into Hezbollah’s hands. Israel does have such fears and will go out of its way to secure US assistance to downscale Russian-Lebanese military-technical cooperation.

Apart from the weapons deal, Hariri has other interests in Russia. He seeks to attract Russian investment to build railways and motorways, power stations, dams and airports. He also needs access to the Russian market for Lebanese agricultural products. Russian oil and gas companies are already quite enthusiastic about potential deals. They actively submit bids to develop Lebanese deposits (Novatek and Lukoil) and contemplate new projects (Gazprom).

Post-conflict Syria is another field for cooperation. Hariri has suggested that the territory of Lebanon — the port in Tripoli in particular — could be used for deploying materials for post-war reconstruction of Syria. China has already gone down that road. Whether Russia really needs it — given its direct access to Syrian ports — is an open question, but why should it waste a chance to gain a foothold in neighboring Lebanon?

So far, Russia has not ensured its presence in the country. Federal Customs Service data show trade between Russia and Lebanon amounted to $539 million in 2016. There have been numerous bold statements about plans to step up trade and economic ties to the level of political cooperation, but there has been only one attempt to improve the situation over the recent years. We shall see whether both parties manage to convert rhetoric into action this time.