Will the Russians be able to help Lebanon get a new president?

Russia’s withdrawal from Syria and the goodwill it generated in Arab circles, may allow it to play the role of mediator in Geneva and to help Lebanon fill its presidential vacuum. 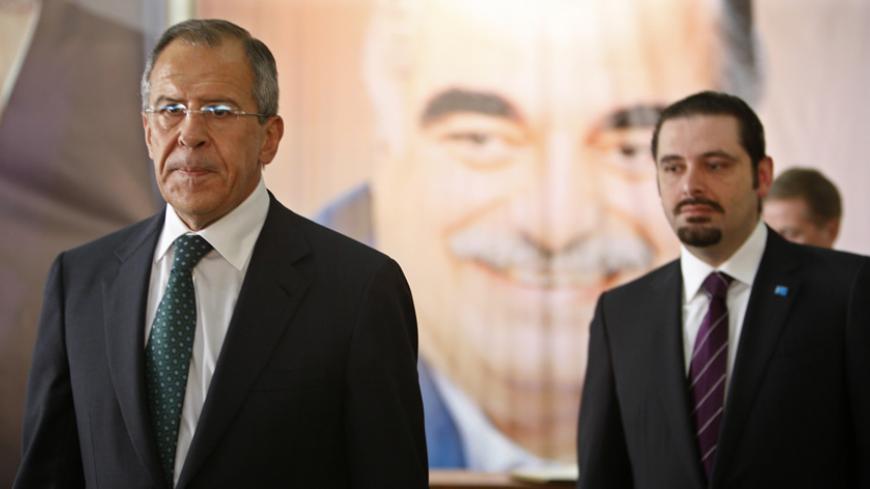 Hezbollah Secretary-General Hassan Nasrallah's recent rhetoric reveals he is trying to draw parallels between his Lebanon-based movement and Russia, while not sounding too cozy.

In a March 21 interview for Al-Mayadeen TV, Nasrallah went so far as to say he feels Russia has common goals with the axis of resistance — Hezbollah, Iran and Syria — against Israel and its Western allies' interests.

Nasrallah said he "feels" that Hezbollah, Iran and Russia are on the same page when it comes to the overall battle in Syria. He used "feels” instead of “confirms,” and refrained from using the affirmative oratory that has always marked his speeches. In doing so, he actually called attention to the ambiguous characteristics of the relationship between Russia and Hezbollah. Nasrallah even said, bluntly, “Describing [Iran, Russia, Syria and Hezbollah] as one axis is inaccurate.”

Although Nasrallah differentiated Hezbollah’s desire for unity in Syria from that of Russia's support for a federal system, one question has been preoccupying the Lebanese: Will the Russian withdrawal lead to a similar Hezbollah retreat from Syria?

However, Nasrallah straightforwardly ruled out that possibility by bringing up its ongoing military involvement in Syria.

More importantly, Nasrallah did not comment on the federal proposal Russia had launched March 3 through Deputy Foreign Minister Sergei Ryabkov. The latter sees a possibility of establishing a federal republic in Syria “if all parties participating in the negotiations agreed.” Ryabkov spoke out a few days after Russia and the United States announced their Feb. 22 agreement to halt the military hostilities in Syria.

It is noteworthy that the federal proposal scared key players in Lebanon, mainly Druze leader Walid Jumblatt, who tweeted March 18, “The Syrian Kurds’ announcement of a federation is the beginning of Syria’s division.”

Former Lebanese President Michel Suleiman said in a message he sent to UN Secretary-General Ban Ki-moon during the latter’s March 24 visit to Beirut, “Our main concern is the emergence of unilateral political, ethnic or religious entities as a substitute to the united Syrian state, and this threatens Lebanon’s pluralism and structure.”

Suleiman was directly indicating the concerns stemming from the rise of a Shiite canton along the northeastern borders of the Latakia coastline reaching Mount Hermon, which is one of Hezbollah’s deployment areas.

On another note, along with Russia’s withdrawal announcement, there was a Russian openness to the Sunni community in Syria and the Middle East. Saudi Arabia welcomed Russia’s decision to withdraw from Syria, and Saudi Foreign Minister Adel al-Jubeir said March 15, “The partial Russian withdrawal from Syria is a very positive step.”

The Syrian opposition also welcomed the Russian decision, calling it "a good step that depends on its implementation on the ground.”

In Lebanon, Future Movement parliament member Ammar Houri told Al-Monitor, “Russia withdrew from Syria at its convenience.” He added, “The Future Movement supports a political solution that would lead Syria to a civil, democratic rule.”

Regarding Russia’s federation proposal as a solution, he said, “The federation is out of the question, in Lebanon and the region alike. We support Syria’s unity, as we do Lebanon’s.”

Although the federation proposal voiced by Russia stirred concerns in Lebanon, Russia has undoubtedly gained ground in the Sunni and Arab circles in the region, following its withdrawal and the positive Arab reactions to it. This will allow Russia to play the role of mediator between Iran, which is still supporting President Bashar al-Assad’s regime in the defense battle, and Saudi Arabia, which applauded the withdrawal. Russia’s potential role might allow it to shift the ongoing negotiations in Geneva regarding Syria, or to reach a settlement in Lebanon’s two-year-long presidential vacuum.

Future Movement head and former Prime Minister Saad Hariri seems keen to build on Russia's repositioning in Syria. After meeting March 30 with Russian Foreign Minister Sergey Lavrov in Russia, Hariri said, “We appreciate the great role that Russia is playing in the region, and we look forward to a Russian role in Lebanon as well.”

According to Houri, Hariri’s visit aimed at “urging [the Russians] to help Lebanon elect a president.” After his meeting with Lavrov, Hariri talked about “interventions taking place in the region, especially in Lebanon to prevent the election of a president.”

From Lavrov’s offices, Hariri avoided directly accusing Hezbollah or Iran of obstructing elections. However, Lebanese Minister of Interior and Municipalities Nouhad al-Mashnouq, who was present at the meeting with Lavrov, had been more explicit the week before. As Machnouq visited the Royal Institute of International Studies-Chatham House during his March 24 official visit to London, he said, “It is Iran and Hezbollah that are preventing the election of a Lebanese president.”

From Moscow, Hariri expressed his readiness to cooperate with Russia “on the military level.” That announcement came after Saudi Arabia canceled aid worth more than $3 billion to the Lebanese army in February. Hariri did not give any further details on how military cooperation with Russia would materialize or how it would be financed, or if what he was hinting at would replace the Saudi deal.

Hariri did not miss the opportunity to rebuke, before meeting Lavrov, the federal-state solution in Syria. He said before meeting with Lavrov, “Syria must remain a united state.” Meanwhile, Hezbollah continues with its military involvement in Syria, while other parties such as Suleiman, Jumblatt and the Future Movement are concerned about a solution that might entrench Hezbollah’s deployment further along the Lebanese borders with Syria.