A proposal being discussed involves establishing Palestinian rule in Gaza and Jericho first, while negotiating the final parameters for a full Palestinian state. 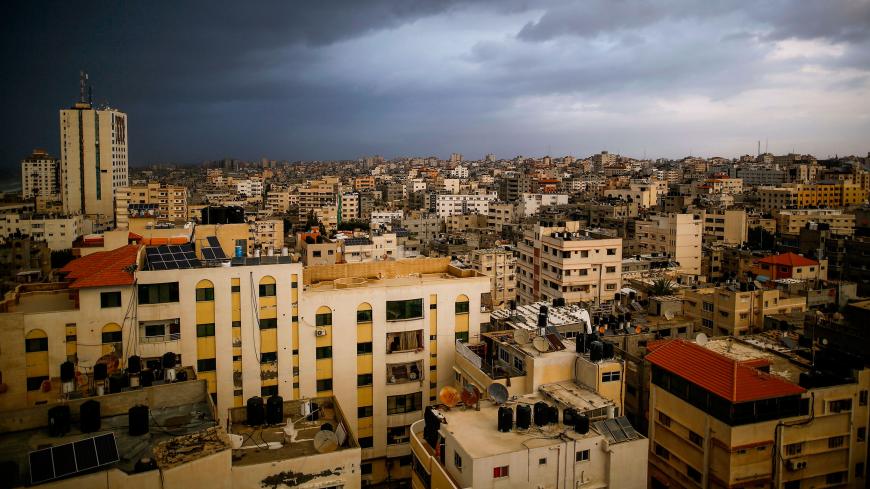 At one point during the Oslo process, Prime Minister Yitzhak Rabin and Foreign Minister Shimon Peres felt a breakthrough with the Palestinians was necessary in order to move forward. As a first step, Rabin and Peres decided to offer the PLO autonomous rule in Gaza and Jericho. If accepted, negotiations on the rest of the West Bank would follow suit. PLO leader Yasser Arafat agreed. The Oslo Declaration of Principles was signed on Sept. 13, 1993, in Washington, with Arafat de facto ruling Gaza and Jericho as of July 1994. The Israeli goal was to launch a peace process and to halt the first intifada, which began in 1987.

This same concept could be applied today, aiming to relaunch the peace process and prevent another intifada or another Gaza war.

A senior PLO official close to President Mahmoud Abbas told Al-Monitor that Abbas would like the Palestinian Authority (PA) to take civilian control over Gaza along with many of the security responsibilities, especially at the border crossing points. The official said that given the catastrophic crisis in Gaza, a first political move to stabilize the Strip is necessary. He proposed a political process similar to that of Oslo, with Gaza first again. But this must be considered as a first step toward a two-state solution based on the 1967 lines with East Jerusalem as its capital.

Facing the crisis in Gaza, the PLO has been conducting ongoing deliberations, in which several steps were considered.

According to the PLO official, the Palestinian leadership discussed the revival of the Fatah-Hamas reconciliation agreement. Such reconciliation should enable the PA to take over Gaza government offices and enhance the deployment of its security forces at the Gaza Strip border crossing points with Israel and Egypt. Hamas would have to partly demilitarize, while maintaining an armed police force similar to what Fatah has in the West Bank.

As part of these steps, the European Union, the United States, Canada, Japan, Norway and the Gulf countries would commit to a significant economic rehabilitation package for Gaza involving infrastructure and employment-generating projects.

Israel, for its part, would have to lift most of the maritime closure of Gaza, with Japan and the EU financing the construction of a Gaza port.

The PLO official explained that once these steps are taken, negotiations could start between the PA and Israel on the conditions to begin Palestinian statehood in Gaza and Jericho, as a basis for a two-state solution (based on the 2002 Arab Peace Initiative).

In terms of a timeline, the PLO’s plan expects to establish a Palestinian state in Gaza and Jericho by the end of 2019 (as a first step toward full statehood), in parallel with negotiations on all permanent-status issues under a P5+1 (five UN Security Council permanent members and Germany) umbrella. The establishment of a full independent Palestinian state living in security with Israel based on the Arab Peace Initiative, with East Jerusalem as the Palestinian capital, would theoretically be accomplished in 2021.

The PLO official said this initiative must be launched through an urgent Gaza-rehabilitation conference, chaired by the P5+1, dealing with all the economic and political aspects of the issue and leading to a two-state solution.

In view of this multistep plan, it seems that Ramallah perceives Gaza as the point of interest for the international community and intends to use it both for internal Palestinian reconciliation and as a starter for a two-state solution process.

A senior source close to EU foreign policy chief Federica Mogherini told Al-Monitor of Brussels’ great concerns about Gaza. The source said the EU is in close contact with Abbas and his entourage in order to rescue Gaza from a humanitarian catastrophe and begin a political process both in Gaza and the West Bank. The EU has also been in contact with US envoy Jason Greenblatt, who apparently has not ruled out cooperation with the EU on all issues related to Gaza.

A senior Israeli Foreign Ministry official with access to Prime Minister Benjamin Netanyahu told Al-Monitor that Jerusalem is well aware of Ramallah’s interest in resolving the Gaza crisis on the way to launching a two-state solution process by the international community. From Israel’s standpoint, however, this is out of the question, and Netanyahu has had a few exchanges about this with US President Donald Trump.

The most Israel would agree to would be to facilitate the transfer of goods into the Gaza Strip on a humanitarian basis. Evidently, while Ramallah offers some out-of-the-box thinking, Jerusalem is still deeply established inside the right-wing coalition box.