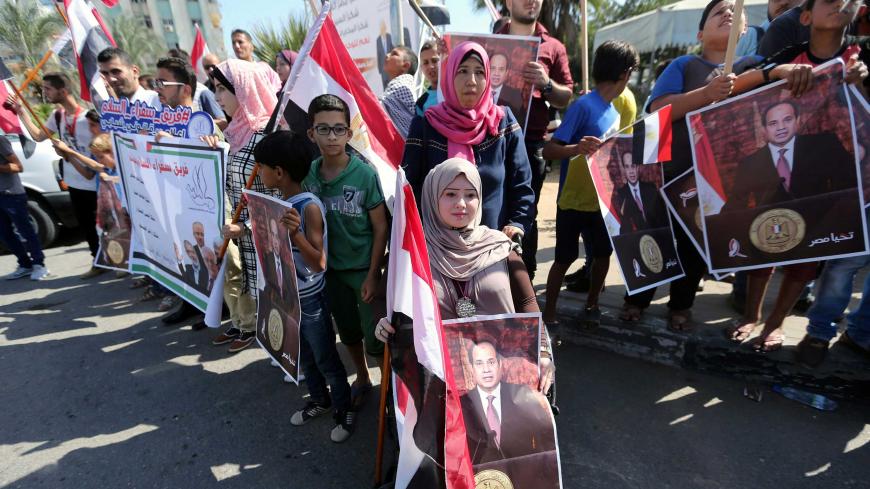 Visiting Ramallah these days, one senses festivity among many over the Fatah-Hamas reconciliation. A well-known Palestinian public opinion pollster told Al-Monitor on condition of anonymity that, despite Palestinian skepticism, the West Bank and the Gaza Strip both display a groundswell of support for the reconciliation agreement signed in Cairo on Oct. 12. “People are fed up with the political bickering between the two movements on account of the interest of the Palestinian people. Although there is not much love lost between the supporters of the movements, or even between West Bankers and Gazans, most of the public believes that greater unity is in their interest,” he argued.

These public sentiments, the pollster estimates, were the main reason President Mahmoud Abbas went along with the Egyptian terms of the agreement. His standing in public opinion is far from glorious and there is an active discussion in Ramallah of an heir.

A senior PLO official close to Abbas named several reasons behind the reconciliation deal. The first is that the deal would enable both the West Bank and Gaza to be run by one government, subordinated to Abbas with the Palestinian Authority (PA) running the governmental offices in the Gaza Strip. Another element is that the Palestinian security services will be in charge of Gaza Strip passages into Israel and Egypt; this would prove helpful for the flow of goods. And then there is the relationship between Abbas and Egyptian President Abdel Fattah al-Sisi; Abbas accords these relations great importance, especially in view of Hamas’ growing dependence on Cairo.

The official added that the implementation and follow-up on the agreement will be gradual and difficult. The two sides will have to learn to work together. Furthermore, the three most important issues — namely the status of the Hamas military wing, the road to achieving Palestinian statehood and presidential and parliamentary elections — have all been left open for further deliberations.

Nevertheless, the official is confident that unlike two previous attempts, this effort will prove successful. He claims that this time the Egyptian intervention is more effective, and that both sides need Cairo.

According to the official, the deal has several advantages that should reinforce its sustainability. The deal should create a stronger PA government, despite major economic challenges. It establishes the necessary link between the West Bank and the Gaza Strip for future statehood. It offers better security on the passages, which would hopefully prevent a greater humanitarian disaster in Gaza. The possibility of another war in Gaza is now at least postponed. Finally, increasing Egyptian involvement in the Gaza Strip may weaken Iranian influence on Hamas.

As to a common position on Palestinian statehood, the PLO official was very hopeful. Hamas will let Abbas lead negotiations with the international community, including the Trump administration, which did not object to the reconciliation deal though it is obviously related to a two-state solution based on the 2002 Arab Peace Initiative.

The official acknowledged that the military wing of Hamas will not be dismantled and will be formally under the jurisdiction of the new government.

The official told Al-Monitor that the coming months will be dedicated to the implementation of the agreement and to further talks leading to Abbas’ visit to Gaza. Therefore, it is Abbas’ intention to launch a diplomatic initiative for the international community — including the United States — to recognize the new government. When that is achieved, probably in 2018, the Arab League will petition the United Nations to recognize the united Palestine. He claims that only successful diplomatic activity toward a two-state solution can prevent a cycle of violence from erupting from Gaza or the West Bank.

A senior Israeli Foreign Ministry official told Al-Monitor on condition of anonymity that Israel’s low-profile response to the Fatah-Hamas reconciliation was generated by a request from Sisi, in coordination with the Trump administration. According to the official, Jerusalem is not dismayed with the developments.

In fact, a close relationship between Gaza and Egypt is in Israel’s interest. The source also claims that the new agreement offers Israeli Prime Minister Benjamin Netanyahu further ground to reject a two-state solution negotiation process. The Israeli government is concerned with a growing role for Hamas in the West Bank, involving an initiation of violence and terror from there. The official told Al-Monitor that on this issue — as on the Iran deal — Netanyahu is fully coordinated with US President Donald Trump.

It is too early to say if this reconciliation agreement will constitute a watershed moment in inter-Palestinian relations; what is clear for now is that there is greater mutual dependence between Fatah and Hamas, brought about by Egypt. The future of the reconciliation process is more dependent on Sisi than either Abbas or Hamas chief Ismail Haniyeh.