Passenger trains between the Turkish city of Van and Tabriz in Iran are resuming, providing further good news to the Turkish tourism industry that counts on Iranian tourists while other nationalities stay away. 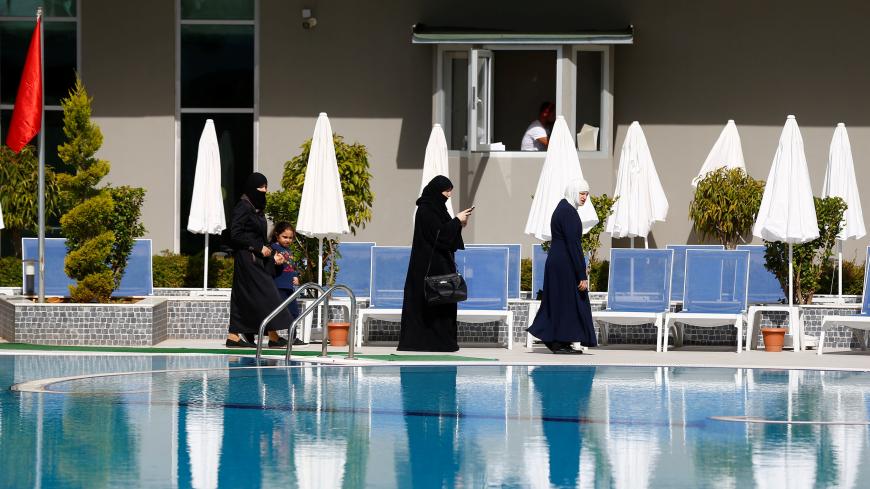 Passenger trains between Van in eastern Turkey and the Iranian city of Tabriz, which have not run for nearly three years, will resume running June 18, according to Turkey's Transport Minister Ahmet Arslan.

This is more good news for Van, a city of half a million about an hour's drive from the Iranian border, which has lately enjoyed the economic benefits of a surge in interest among Iranian tourists.

Earlier this month, when Al-Monitor visited, signs in Farsi were ubiquitous throughout Van, while Iranian visitors sat in cafes snacking on fries and sipping orange juice during Ramadan fasting hours, and enjoying cocktails in the city's bars, many of which stayed open during the holy month. The city is popular with visitors on the other side of the border for its more relaxed environment and cheaper shopping alternatives. Local bus companies offered tickets to nearby cities in Iran, while young vendors sold smuggled Iranian cigarettes and tea on the streets.

Turkey's robust tourism sector was dealt a harsh blow in 2016, as terror attacks in Istanbul and Ankara and the failed coup attempt of July 15 caused the once seemingly ever-growing industry to freeze up. This caused the number of tourists to Istanbul to decline for the first time since the early 2000s. The sector has since begun to recover, and much of the positive news has centered around a staggering increase in the number of Iranian tourists.

According to official figures, the total number of Iranian visitors to Turkey decreased slightly from 1.7 million in 2015 to 1.66 million in 2016, which amounted to a mere 2.2% drop in a year where visitors from most other countries declined sharply. During the same period, the number of American tourists plummeted by 42% and visitors from Germany by 30%. In 2017, diplomatic rows with Germany and the Netherlands likely played an integral role in the declining number of visitors from Western Europe.

Iranians, however, have made up for some of the losses Turkey faces. In 2017, 2.5 million Iranian tourists visited Turkey, a walloping 50% increase compared with the previous year. The number of Iranian visitors has continued to be large this year, with 850,000 tourists making the trip across the Iranian border.

“Turkey has always been a choice destination for Iranians because of visa-free travel and shopping options," said Arya Afshar, a musician originally from Iran who has resided in Istanbul for eight years. “I think what has changed is that there are less non-Iranian and non-Arab tourists, so suddenly it is more affordable for Iranians. Lots of tourism agencies offer really cheap deals."

Back in Van, a tour operator and a hotel manager were concerned about Iran's decision earlier this year to increase the departure tax threefold — a surcharge its citizens pay when leaving the country. They told Al-Monitor that bookings had taken a hit since the new fees went into effect. However, Necdet Takva, board chairman of Van's Chamber of Commerce and Industry, told local media earlier this month that he had expressed his concern regarding the matter to the Iranian ambassador and that he believed the tax would soon be reduced.

Local media also reported that throngs of Iranians traveled to Van prior to the Eid-al Fitr holiday, with more than 2,700 crossing through the Kapikoy border gate (56 miles from Van) in just a single day last week.

“For sure [Turkey] has more freedoms than Iran. Just being able to drink and not wear the hijab are pluses,” Afshar said.