The Egyptian Food Bank has been cooperating with Egypt's hospitality industry to get surplus food to people in need, but this is only part of the huge problem of food waste. 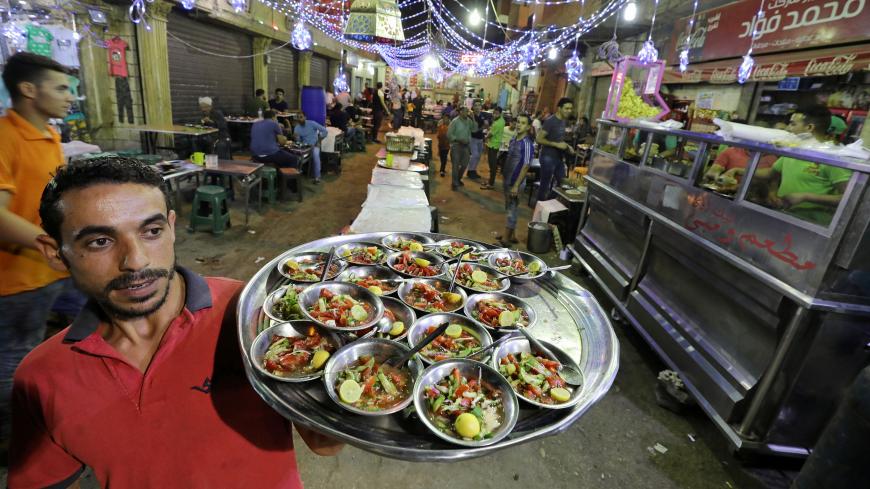 A waiter carries servings of pre-dawn suhoor meals for customers during the Muslim holy month of Ramadan in Cairo, Egypt, May 31, 2018. - REUTERS/Mohamed Abd El Ghany 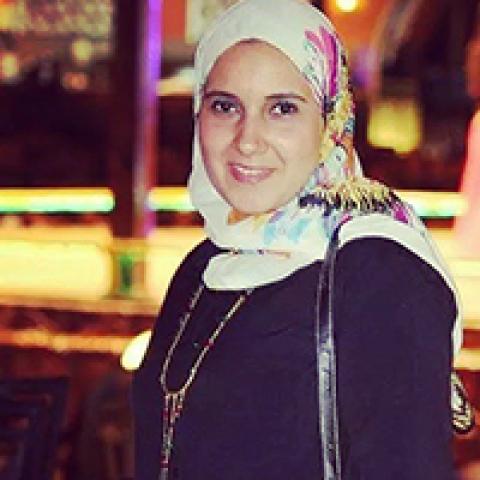 Can Egypt’s hospitality sector help decrease the vast food waste in the country by reducing the size of plates by one-third? According to the Egyptian Food Bank, an initiative that aims to end hunger in the country by 2020, it can indeed create a major impact if more organizations in the industry adopt this as a general rule.

Moez El Shohdi, the founder and CEO of the Egyptian Food Bank, told Al-Monitor that the bank has been working with the Egyptian Hotel Associations to train the staff in hotels and restaurants to save daily food loss from buffets, particularly during festivities and big events.

The cooperation between the Egyptian Food Bank and the Egyptian Hotel Associations started in 2006, with the hospitality industry donating its surplus food to the people who need a meal, Shohdi said, adding, “Hotels and restaurants that we work with have donated 15.5 million meals in 2014 alone.”

“The food bank worked closely with hotels to convince them to reduce the size of their plates by one-third and help reduce food waste at buffet tables,” Shohdi said, explaining that most buffet customers have the habit of piling their plates, only to have the remains thrown to the waste bin at the end of events. Once on the plate, the food is thrown away, but what remains on the buffet table can be recycled or donated.

Alaa Mebed, the food safety and quality consultant at Sealed Air Corporation, told Al-Monitor that there is a need to educate the hospitality sector regarding storage, food supply and food safety as well. “A very high percentage of food loss occurs in restaurants and hotels because there is no action plan for their businesses [on how to manage food loss and waste],” he told Al-Monitor.

The use of technology ensures that the surplus gets to the people in need quickly, before the food spoils. For this purpose, the Egyptian Food Bank has launched an application called Wasteless Egypt in 2017 to allow restaurants, hotels, markets and even individuals to donate their surplus food to charity organizations who would then ensure the food reaches people in need while still fresh and safe to eat.

Reducing food waste in the hospitality industry is only one part of efforts to stop food waste in the country, with both the Egyptian public and private sectors joining efforts with the UN’s Food and Agriculture Organization (FAO).

Earlier this month, the Egyptian Food Bank, FAO and Egypt’s Ministry of Agriculture and Land Reclamation have unveiled a food waste awareness campaign, which is part of a three-year program called “Food Loss and Waste Reduction and Value Chain Development for Food Security” that will continue until September.

The awareness campaign, launched during the Muslim holy month of Ramadan, made use of popular figures, such as Egyptian chef Wesam Masoud, to extend the message on food saving. Masoud told Al-Monitor that Egyptians usually waste a lot of food in festivities such as Ramadan or religious holidays. He called on both chefs and ordinary citizens not to waste food.

According to the FAO, food loss and waste in Egypt is particularly high when dealing with produce; loss occurs in all stages, from harvesting to transport. Then more food gets wasted in the markets before it even reaches the customers.

Hisham Allam, the supervisor of the Central Administration of External Agricultural Relations, said that part of the three-year program was to ensure that crops were not wasted while still in the field due to faulty harvesting methods. FAO and the Ministry of Agriculture have been working with Egyptian farmers on cultivating tomatoes and grapes in Nubria city in Sharqia governorate in northern Egypt.

Just like the hospitality business, farmers can also benefit from technology to reduce their loss. Waleed Khalil, the founder of Fakahany, an online portal that provides fresh vegetables and fruits to customers, said Egypt still needs to introduce an integrated system that takes produce from farm to the customers while maintaining its freshness and high quality.

Khalil added, "In Egypt, there is a lot to be done with transportation methods and storage systems. Most of the big supermarkets are still wasting 20% of the produce because they cannot store it well.”

The loss is not simply on produce. According to the International Food Policy Research Institute, 25% of rice grain is lost after it is harvested and 12-15% of wheat production is lost due to pests, incorrect storage and bad transportation.