The Tekeya app, which enables hotels, restaurants and markets in Egypt to donate or sell their surplus food, could help charities develop sustainable supplies of meals to the poor. 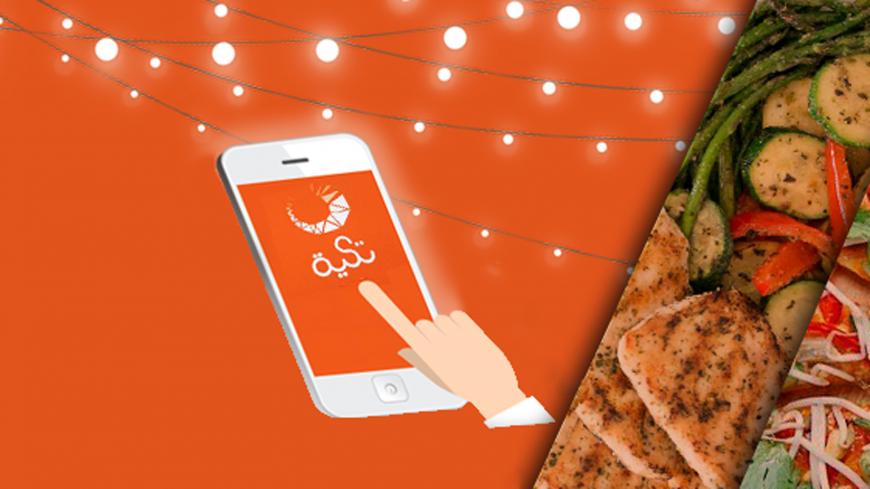 A publicity image for Tekeya, an app that connects donors of food with charities to distribute it, uploaded March 26, 2019. - Facebook/Tekeyafood

The Egyptian activist Menna Shahin has a solution for helping to resolve Egypt’s twin problems of fighting hunger and disposing of food waste: register through an app, put your surplus or soon-to-expire food on display and have a charity pick it up and pass it on to people in need.

That app is Shahin's brainchild, Tekeya, which she launched in February. The application allows restaurants and shops to donate or sell at reduced prices their suitable leftovers from banquet tables and shelves. Supermarkets can donate food about to expire, and starred hotels can give away unconsumed food from events held on their premises. The charities that pick up the donations from shops, restaurants, hotels and other donors either distribute the food to the poor directly or use it to put together meals they then serve in their kitchens.

“The app will help reduce food surplus in Egypt and will deliver it to those in need, either at token prices or for free,” Shahin told Al-Monitor.

“Many restaurants and hotels throw away food at the end of the day and prepare fresh dishes the next day,” Shahin said. “Supermarkets simply discard the products they cannot sell because the expiry date is too close, so I started to think of a way to deliver these products and foods to charities to help those in need.”

According to the Food Sustainability Index, a project of the Economist Intelligence Unit and the Barilla Center for Food and Nutrition, Egypt tops the list of Arab countries in terms of food waste. About one-third of all food grown in the Middle East and North Africa is lost or wasted, according to the UN Food and Agriculture Organization. In Egypt, that amounts to an estimated 50 kilograms of food per person per year. In April 2018, the Food and Agriculture (FAO) organization, in cooperation with the Egyptian Food Bank, launched an awareness campaign to reduce food waste and contribute to eradicating hunger in Egypt.

“Despite the huge amounts of wasted food, many people are unable to access food regularly,” Shahin said. As of April, Tekeya will also offer to arrange transport service to courier food from the provider to the charities for a small fee.

Karim Mustafa, administrator of the app's free food section, told Al-Monitor that Tekeya has already succeeded in attracting a number of charities, including some with large outreach networks.

Among them is the Resala Charity Association, which has 68 branches nationwide, and among other services, provides daily and monthly food parcels to people in need. Donated food also often goes to the kitchens of Swaaed al-Etaam, a group that prepares hot meals for the needy around the country, and to LifeMakers, a youth-led organization.

Mustafa said the Tekeya team is still working to expand the network. One of their targets for collecting food surplus is the Americana Group, a Middle Eastern company that includes franchises of KFC, Hardee’s and Chicken Tikka among its restaurants. He added that the delivery service being worked on will mainly pick up from restaurants and shops in areas not typically covered by the charities.

Riham Mheisen, spokesperson for the Resala Charity Association, told Al-Monitor, “Charities always keep a database of those in need in neighborhoods and surrounding areas, but most of [us] do not have enough food or funding to secure organized and sustainable food delivery to the needy.” Thus, she noted, Tekeya's relevance is in part in enabling sustainable deliveries of food and meals.

Mheisen noted that Tekeya will play an important role in distributing food on big occasions, such as Orphan’s Day and events for children with special needs, which her charity organizes. She warned, however, that under Egypt's current economic strain, restaurants have been economizing, so the amount of food available for donating is declining. This began with the increase in food prices over the past years after the decision to float the Egyptian pound in November 2016. Many charity kitchens in poor neighborhoods had to close their doors, Mheisen said.