With 33% of all food produced annually in Israel ending up as waste, a number of organizations and volunteers are determined to repurpose it to feed the needy. 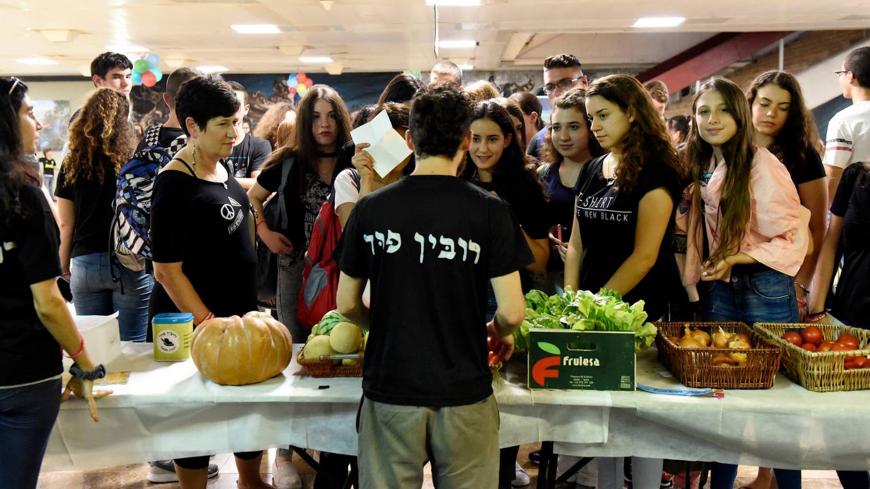 When the sun sets on Tel Aviv and outdoor food stalls start closing, Carmel Market, the largest and busiest market in the city, becomes the scene where men and women, mostly old but some young also, hurriedly gather to collect the unsold vegetables and fruits discarded on the ground. They are native Israelis and illegal immigrants who are united in poverty and eager to find some food that they can take home.

Among those food collectors, there is now a small, new group: the volunteers who dedicate their time to battling food waste.

Several associations in Israel try reducing food waste while helping to feed the poor. Leket Israel, a nongovernmental organization (NGO) that works closely with governmental institutions, is dedicated to “lead the safe, effective and efficient collection and distribution of surplus nutritious food in Israel, to those who need it.” Its vision, as stated on its website, is "an Israel where all surplus, nutritious food is rescued and directed to those who need it." A 2017 report by the BDO consulting company, commissioned by Leket Israel, estimated that 33% of all food produced annually in the country is wasted. In other words, more than 2 million tons of food end up in the garbage every year. The report further estimated that about half of this quantity is salvageable and fit for human consumption.

Yael Armon of The Natural Step (TNS Israel) explains that similar to most developed countries, Israel faces food waste on a wide scale, yet there are several factors that make the problem in Israel unique. “Close to 18% of the Israeli population suffers from food insecurity. On the other side of the scale, an average Israeli family throws away about 8,000 Israeli shekels [$2,200] worth of food every year. In that respect, our two main objectives are educating the public and transforming food insecurity into a high priority problem for the Israeli decision-makers. We focus on reducing food waste by the big food chains, promoting the sale of products with short expiration dates and advocating a national agenda on battling food insecurity,” Armon, who heads the research at the organization's Food Waste Lab, told Al-Monitor.

The Sustainability Transition Food Waste Lab was established by TNS Israel in 2016. This unique initiative includes think tanks, research activities and outreach campaigns, in cooperation with over 40 actors in both the public and private sectors, as well as NGOs and municipalities.

Eran Weintrob, the CEO of Latet (Giving), a humanitarian aid NGO, told Al-Monitor that food worth 1.4 billion Israeli shekels ($400 million) is wasted in Israel annually, "Logistical organization and correct state regulations could save 30% to 50% of that food."

He said that over the years Latet has developed a large network of professionals and volunteers collecting food products originally destined to be destroyed by the producer for various reasons — a default in the packaging or short expiration dates. “We created an efficient food collection system that also benefits the producers. They don’t need to worry about transporting their unsalable products or destroying it. Their donations are tax deductible, and they get credit for social commitment and helping those in need. And on top of that, we avoid soil pollution that is generated by burying wasted produce. It is really a win-win situation for everyone.”

Weintrob noted that Latet’s nutritional security program is based on similar initiatives in France and the United States, namely establishing national food banks. “We work with 180 local associations across the country, collecting food and distributing food baskets to 60,000 families threatened by nutritional insecurity. About 80% of the products we distribute are salvaged food packages we receive directly from the food industry.”

But there are also those operating on a smaller, more local scale. One of them is the Robin Food group. Shai Rilov, who leads the group, told Al-Monitor that Israelis love buying large quantities of food to fill the fridge. “We are so immersed in the culture of consumption that we have forgotten the times Israel suffered austerity. And by overlooking that, we have forgotten to enjoy what we have. We always look for more," he said.

Over the past three years, Rilov and his friends have created ad hoc events of cooking meals from salvaged produce. They would collect surplus food from supermarkets, farmers, individuals, anyone ready to give, and have a volunteer chef prepare gourmet meals from the collected produce. “It really works great. People can't believe that such delicious dishes are created from vegetables that were about to be thrown out,” he added.

The Robin Food group is currently busy collecting funds for a community food house, as they call it. This would be a place that serves meals using only produce destined to be thrown away or destroyed. “The menu will change daily according to whatever we will manage to collect. People will pay as much as they want, or even volunteer here instead of paying. We are also planning workshops, engaging people to our battle against food waste,” he said.

Rilov noted that several stall owners at the Haifa Central Market are already committed to this project. He and his partners are hoping to establish similar relations with other markets as well. “Our activity is completely based on grass roots and voluntarism. Combatting food waste is essential not just to help the needy, but to preserve our natural resources. More so, it could serve as an engine for social activism and dialogue across Israel and even beyond,” he concluded.