Egypt’s General Authority for Censorship made a swift U-turn after its ban on screenings of Khaled Youssef’s “Karma” was met with resistance, confusion and parliamentary pledges to investigate. 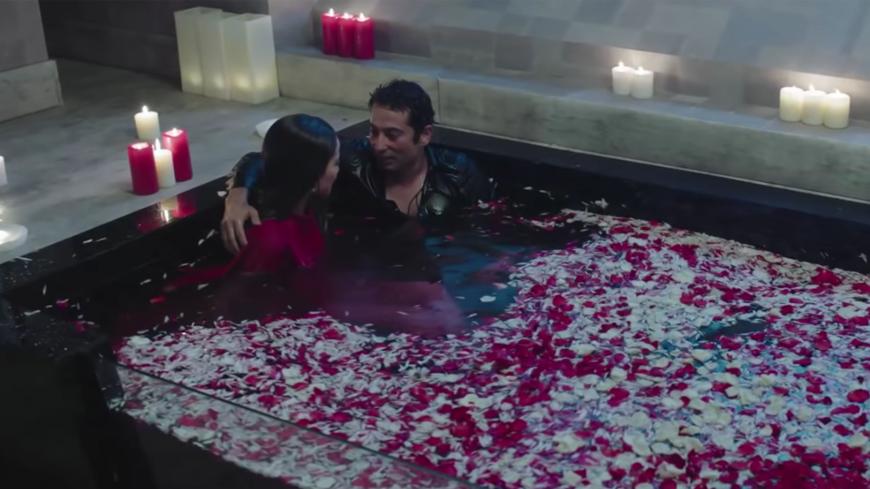 Like most big screen romantic comedies, “Karma,” Egyptian director Khaled Youssef’s latest film, has a happy ending. After a 24-hour controversy, Egypt’s General Authority for Censorship announced on June 12 that the film could be screened in cinemas during the Eid al-Fitr holiday, backpedaling from its earlier ban issued the preceding day.

Youssef, known for tackling controversial issues in his films, took to Twitter to announce the lifting of the ban and approval to hold screenings as scheduled, beginning June 14, without scenes being cut. The director, also a member of parliament, thanked the country’s “sovereign bodies” — the legislature and the Ministry of Culture — which pushed for the ban to be rescinded.

“Karma” is Youssef’s first film since he stopped directing full time and dove into politics following the January 25 Revolution that toppled President Hosni Mubarak. The movie examines the love affair and marriage between a Muslim man and a Christian woman. It also touches on the issue of corruption through the character of a businessman who becomes involved in some shady dealings. The star-studded cast includes Amr Saad, Ghada Abdel Razek, Khaled el-Sawy and Zeina.

The film's administrative happy ending does not resolve the mystery of why the movie was banned in the first place. In Egyptian cinema and political circles, people are wondering aloud about the rationale behind it as well as what brought about the censors’ U-turn.

The General Authority for Censorship said on the evening of June 11 that the ban was the result of the filmmakers’ failure to obtain the necessary licenses for public screenings, but the film team denied this, saying that they had obtained them in April. The decision sparked outrage among parliamentarians as well as artists. After intense discussions and pressure from parliamentarians, intellectuals and artists, the censorship body withdrew its initial decision late on June 12.

At the parliamentary session held June 11, representatives expressed their displeasure with the authority's decision, and parliament Speaker Ali Abdel Aal pledged to pursue the reasons behind it. Many noted that the ban was a clear violation of freedom of expression. Later in the day, the Cinema Committee at the Supreme Council for Culture submitted its resignation en masse to Culture Minister Enas Abdel Dayem to protest the ban.

One allegation circulating on social media was that the film's censoring was intended as punishment for Youssef's position on certain policies. As a member of parliament, he is known for opposing the maritime border demarcation agreement between Egypt and Saudi Arabia ratified in June 2017 in which Egypt ceded territorial control of the Red Sea islands of Tiran and Sanafir.

Hanan Shuman, an art critic and writer for Youm 7, told Al-Monitor, “It is really confusing because it is not clear who banned the movie and the reasons for its banning.” Shuman said she had spoken with officials at the Ministry of Culture and the General Authority for Censorship as well as with presidential aides, but all of them said they were in the dark on the why and the who surrounding the ban.

Shuman said that if officials had banned the movie to punish Youssef for his political views and stances, it would be “really alarming.” She asserted, “Banning any movie is a flagrant violation of freedom of expression and opinion. The audience is the one group that should decide whether to abstain from watching a certain movie or not.”

Khairiya el-Beshlawy, a veteran art critic and a member of the Drama Committee at the Supreme Council of Media Regulations, told Al-Monitor, “In my estimation, it is a ruse.” She believes instead that Youssef collaborated with the censorship body to attract publicity and to get more people into theater seats. She added that all movies go through several stages of approval, and the people behind them must obtain a number of permits before being allowed to screen them in cinemas.

“The script was approved by the country’s censorship body, and the movie was also granted a license for shooting and for advertisement,” Beshlawy said. “If the censorship body had a problem with the movie from the beginning, it would have rejected the script, but here there is something weird.”