'The Guest' gets cold shoulder from Egyptian Islamic scholars 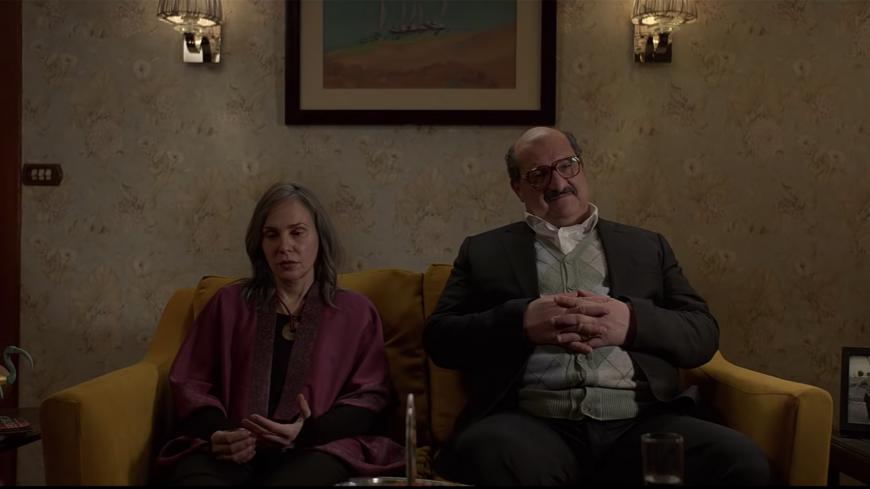 Guess who's coming to dinner. In the award-winning Egyptian movie “El-Daif” (The Guest), a daughter’s handsome suitor turns out to be her father’s worst nightmare, unfolding a conflict between radical Islam and Cartesian thinking on the Egyptian silver screen. Many Egyptians, however, might not get to watch the surprising ending of the psychological thriller if the Cairo Court of Urgent Cases decides on Feb. 23 that the movie should be banned for misrepresenting Islam.

The case was brought by the attorney Samir Sabri on Jan. 28 after a chorus of religious figures complained that the film promoted “inaccurate Islamic information” and misquoted the Quran. A group of Muslim scholars, or sheikhs, watched the movie together at a movie theater in Cairo in mid-January and afterward declared that some of the Quranic verses were misquoted and words mispronounced in ways that altered their meaning.

Sheikh Ramadan Abd el-Moez, a TV host and a sheikh, was among the group of clerics who watched the movie. “If we are going to make a movie that [speaks of] Islam, we should seek help from [Islamic scholars],” he told Al-Monitor. “We are not against the arts, but we want everything to be moderate. We want neither extremism nor laxity.”

“The Guest,” written by Ibrahim Eissa, a journalist, and directed by Hady el-Bagoury, centers around the conflict between the father, Yehia el-Tigani (played by Khaled El-Sawy), and the suitor, Osama (played by Ahmad Malek). Their long-winded dialogues focus on religion and its role in society and address typically taboo subjects, such as the hijab, inter-faith marriages and women’s role. Ultimately, the plot takes on the credibility of sheikhs and political Islam, which then drags in Tigani’s Christian wife, Mimi (played by Shereen Reda), and his daughter, Farida (played by Jamila Awad).

In one particularly tense scene, Tigani argues to the young Osama that the hijab is not an order of God, a position that he had written about in his many books and articles, in which he called for Islamic reform. The discussion leads to the two men reciting Quranic verses, some of which, sheikhs claim, are misquoted.

After the movie, some of the sheikhs, among them Ashraf el-Feel on the DMC channel, suggested that in the future, Islamic scholars review films that contain religious information. Egyptian movies already must have the approval of the General Authority of Censorship before they can be screened.

Eissa, the founder and editor in chief of Al-Maqal, rejects the accusations against “The Guest” and has called on the sheikhs to “discuss the ideas addressed in the movie,” rather than attacking the movie or seeking to ban it.

“The sheikhs forget that they are in a cinema, and there are actors playing a role,” Eissa told Al-Monitor. “In some scenes, the actors are nervous, so they may recite the Quran without the accurate pronunciation. This is not a distortion of the Quran. It’s an unwitting mistake due to the heightened tensions in the scenes.”

“Audiences don’t come to the cinema to learn the Quran or to pray. They come to watch a movie,” Eissa said, adding that he does not want the movie to be banned. In this latter regard, he conceded, however, “Everything is possible.”

“The Guest,” which won the Audience Award at the Estonian Tallinn Black Nights Film Festival in December, has earned 5.5 million Egyptian pounds (approximately $312,000) at the box office so far. It is Eissa's second film. His first screenplay, “Mawlana” (2016), also created an outcry resulting in sheikhs calling for its ban because of its take on religion.

“‘Mawlana,’ which contains drama and action, was a better movie than ‘The Guest,’” Khayreia el-Beshlawy, veteran film critic at the daily Al-Messa, told Al-Monitor. “[The Guest] is a mediocre movie, with static scenes and long dialogues.”

Beshlawy continued, “But ‘The Guest’ is more controversial [than Mawlana]. Its theme is very modern, and we need it. … Ideologically, I agree with the ideas presented in the movie, as they jog the minds of ordinary people. The movie won’t please some people because it ‘shakes the throne’ of Islamic preachers, who think that we will always take them for granted."

One upside of the debate is that “The Guest” has gotten Islamic scholars into cinema seats. The visit was intended to show support to President Abdel Fattah al-Sisi's call for the renewal of religious discourse.