Egyptian critics consider the Culture Ministry’s decision to ban the screening of the US movie "Exodus: Gods and Kings" a result of Al-Azhar pressure, and believe it will only lead distribution companies to show more such movies. 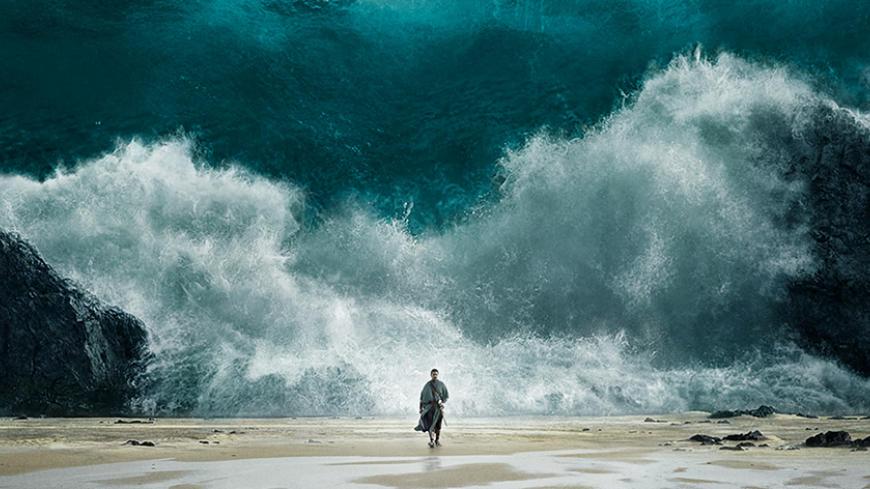 CAIRO — Egypt's Culture Ministry banned the American movie “Exodus: Gods and Kings” Dec. 25, calling it “an attempt to Judaize Egypt.” The ban decision has created a major controversy, as many see it as an attack on artistic freedom and the result of Al-Azhar’s pressure on the culture minister. The movie tells the story of how Moses fled the Egyptian pharaoh's oppression with the Jews.

Al-Ahzar has issued many fatwas forbidding the depiction of prophets in movies, most recently banning the screening of the American movie “Noah” in Egypt.

The statement issued by the Culture Ministry noted that the movie was not banned for religious reasons, but because it insults Pharaonic Egypt. It also claimed the film promotes certain misconceptions that Judaize the history of Egypt, showing the Jews as having built the pyramids.

According to the ministry’s statement, the movie shows the Egyptians as "savages who hanged the Jews with Moses, which contradicts historical facts as the ancient Egyptians never practiced hanging.”

Movie critic Tareq al-Shinnawi described the decision as conservative and against freedom of thought and art. He condemned the reasons given by the Culture Ministry, telling Al-Monitor, “Censorship is not about judging the accuracy of historical facts in movies, and 70% of foreign and Egyptian movies that the censorship [board] approves have historical misconceptions.”

He added, “Technology allows everyone to watch the movie online. It would have been better to show the movie in theaters so history scholars would have something to discuss and be able to disprove its mistakes. However, the ban decision is going to make people want to watch it more and give the movie much more credibility.”

Both Shinnawi and Adeli believe that the censorship board and the Culture Ministry made the ban decision to avoid a clash with Al-Azhar. Adeli told Al-Monitor, “A few months back, the censorship board, under the auspices of Minister of Culture Jaber al-Asfour, approved the screening of 'Noah.' However, the movie was banned by unknown sovereign parties to avoid a clash between the government and Al-Azhar, which issued a clear fatwa to prohibit the personification of prophets in artworks. This was a defeat for the minister of culture.”

He said, “I think the minister of culture decided to avoid a defeat by Al-Azhar and its fatwas, so he banned the movie under the pretext of historical misconceptions.”

On Dec. 21, a few days before the movie was banned, during the opening ceremony of the National Theatre, an unfortunate incident occured between the adviser to Al-Azhar's Grand Imam Mohammad Mehanna and the culture minister. During his speech, Asfour criticized the conservatism of certain Al-Azhar sheikhs, prompting Mehanna to leave the ceremony. According to Al Bawaba, “This is why Prime Minister Ibrahim Mahlab visited Al-Azhar in an attempt to keep the situation under control.”

Adeli thinks that this unfortunate incident further complicated things for Asfour, who could have had further problems with Al-Azhar if he had allowed the movie to be screened.

Adeli said that Al-Azhar’s fatwas prohibiting the depiction of prophets in movies might be compatible with Sharia, but Islamic law should not be a reference for censorship in a civil state “since, for example, Christianity does not forbid the personification of prophets,” he explained.

Shinnawi and Adeli explained that the censorship board’s forbidding the depiction of prophets started in the 1970s and developed into a similar prohibition for the companions of the Prophet Muhammad and certain of his relatives. The two critics also noted that such decisions banned certain outstanding movies such as “The Message,” directed by Moustapha Akkad, which portrayed Hamza ibn Abdul-Muttalib, the prophet’s paternal uncle.

Egyptian cinema had also produced movies portraying certain prophets and companions before the 1970s. For example, “The Life and Passion of the Christ” (1939) depicting Jesus Christ, was produced by Egypt's Al Arabia Cinema. The actors were foreign but the movie was dubbed in Arabic by the era’s most famous Egyptian artists.

Shinnawi and Adeli noted that for a while, the movie was shown in theaters every year to celebrate Christmas and Easter before it was banned in the 1970s.

Egyptian cinema also produced 1958's “Khalid ibn al-Walid,” which portrayed the prophet’s companions and one of the most famous commanders of the Muslim armies, Khalid ibn al-Walid. Adeli and Shinnawi said that the movie was banned from Egyptian television channels for a time after Al-Azhar issued the fatwa prohibiting the depiction of prophets and certain of their companions. Today, both movies are shown on Egyptian television, they said.

After the 1970s, only one movie showing the prophets was shown, in 2004: “The Passion of the Christ,” directed by Mel Gibson. Asfour said he had approved it when he was in the General Secretariat of the Supreme Council for Culture and was filling in for the head of the censorship board, who was out of the country when the distributor presented the movie for approval.

Shinnawi and Adeli believe that there is a contradiction in Asfour’s decision, since he approved the screening of "The Passion of the Christ" but banned "Exodus." “In 2004, the government feared that if it had banned the screening of a movie about the Christ’s life, it would be accused of disrespecting Christianity and marginalizing Copts. This is why sovereign parties ordered the censorship board to approve the movie, and Al-Azhar to refrain from objecting,” Shinnawi explained.

One can say that the debacle is bound to happen again. Antoine Zeind, the owner of United Motion Pictures and distributor of "Exodus" in Egypt, told Al-Monitor that showing controversial American movies in Egyptian theaters is quite lucrative. He noted, “This is what pushes distribution companies to keep trying to show such movies despite the financial losses the distributors would have to suffer if the movie gets banned. In this case, they have to pay the fees of importing the movie, the customs and the charges of presenting it to the censorship board.”