Members of the Egyptian entertainment industry and cultural sector, hoping to keep busy and keep people indoors, are developing programming to make staying at home a little easier. 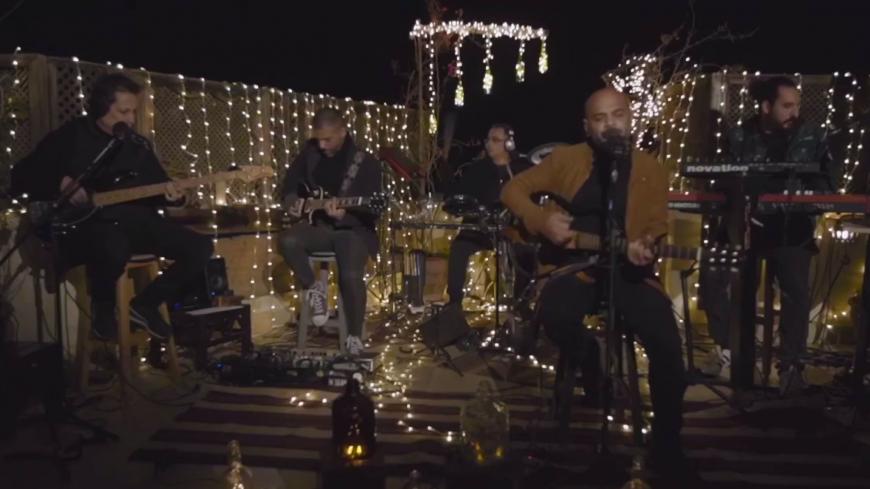 Egyptian artists, like creative people everywhere, are coming up with new ways to present their art and reach audiences amid the shutdown of cinemas, theaters, concert halls and festival venues in the effort to stop the spread of the novel coronavirus. Ever-growing numbers of artists are turning to the internet to broadcast their performances, concerts and other events to reach people at home.

“The concert was completely free for the public, to compensate for postponing the band's concerts indefinitely,” Omar Sami, the band's manager, told local media. He added that the band preferred to upload to online platforms to avoid financially burdening the public, for instance, having to pay subscription fees. Meanwhile, the vocalist Tamer Ashour tweeted that he will be performing via YouTube on March 26 to encourage people to stay at home but still have some fun.

Film festivals, which were suspended in a March 12 ban on large gatherings, have also moved online. The Visions Cairo Egyptian Short Film Festival opted to present films via the festival’s Facebook page on a schedule to be announced March 27. Festival director Malek Khourya posted that organizers did not want to cancel the festival and therefore aimed to create a cultural environment where more people could access films without unaffordable entrance fees and show films on a larger scale, for anyone interested in cinema.

The Ministry of Culture has responded to the crisis and shutdowns with Culture in Your Hand, an initiative to present artistic offerings on its YouTube channels and through its social media accounts.

In a statement, Culture Minister Enas Abdel Dayem described the series as a free “cultural service” that delivers an “intellectual, artistic and cognitive dose” through modern technology. She also noted that doing so via the internet would allow people around the world to see Egyptian creativity. Abdel Dayem added, “It also represents one of the steps of the digital transformation that the ministry seeks to implement.” Culture in Your Hand launched March 24 with a hologram performance by the Egyptian diva Umm Kulthum.

The art critic Khayria el-Beshlawy applauded Culture in Your Hand, asserting that such initiatives can help Egypt’s art scene move more quickly toward digitalizing content in addition to encouraging people to stay indoors. “People get bored with staying at home, but providing them online entertainment can greatly encourage them to stay put,” she told Al-Monitor.

Hanan Shoman, an art critic and writer for the newspaper Youm7, also remarked on how the move will provide a major push to the state’s efforts to transform digitally as well as offer the world a glimpse of Egyptian culture and art.

“Many countries all over the world present their culture and history through virtual museums, [features about] historical places, operas and so on,” Shoman commented to Al-Monitor. “It would be great for the Egyptian government to take steps in this regard.”

Shoman said the initiative also means that some of those involved in arts production can continue to work during the current crisis. “Singers, actors and other celebrities will have something to do amid a ban that confines everybody at home,” she noted.