Turkish rapper Ezhel may face up to five years in prison for promoting drug use in his songs. 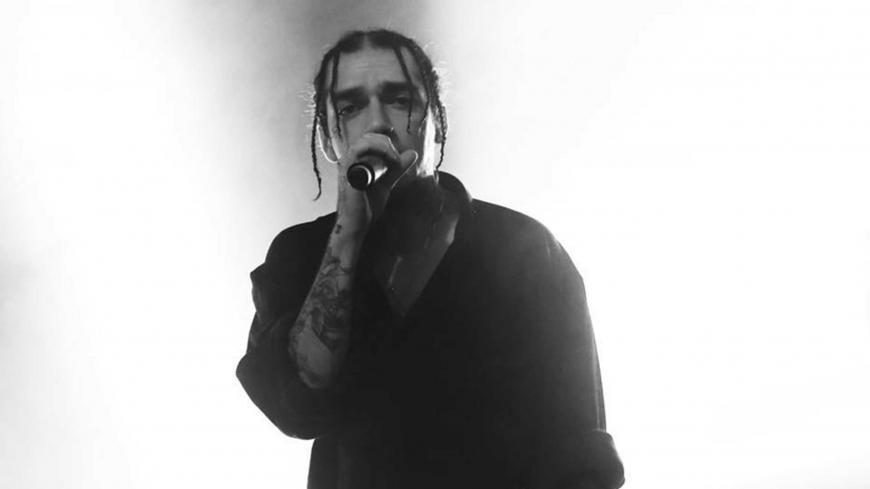 What is it like to get high under Turkey’s state of emergency? The case of popular rapper Ezhel causes us to ponder this question. Omer Sercan Ipekcioglu, aka Ezhel, was recently arrested for encouraging drug use in his songs, an offense punishable with up to five years in jail according to the Turkish penal code.

The rapper’s arrest May 24 has caused widespread outcry in Turkey and abroad, with the hashtag #FreeEzhel trending on Twitter. Fellow musicians Jehan Barbur, Gaye Su Akyol and Ceza have also come to the platform to express support.

Ezhel, 28, is a path-breaking rapper. His album “Muptezhel,” which means drug user in Turkish slang, debuted in May 2017. It uniquely combines trap, a genre associated with the hip-hop of the southern United States, with reggae and Anatolian musical traditions.

Though released without a major record label or promotional campaign, “Muptezhel” has become a sensation in Turkey. The single “Geceler” ("Nights") has more than 13 million listeners on Spotify, and more than 32 million people have viewed the music video for “Sehrimin Tadi” (“Taste of My City”) on YouTube.

Turkish-language rap has an almost three-decade history, starting in Germany in the 1990s. Prominent early groups include Cartel and Islamic Force. A devoted yet underground hip-hop scene developed in Turkey by the 2000s with Sagopa Kajmer, Ceza and others.

Ezhel, with his latest album produced by Bugy and featuring auto-tuned vocals, represents a new generation of rappers. His influences range from Turkish folk music to American rap. In the space of a single song he pays homage to arabesque musician Orhan Gencebay and 2Pac. Effortlessly blending global and local elements, Ezhel has made rap mainstream in Turkey.

Former recipient of a scholarship from the prestigious TED Ankara College, Ezhel has a strong command of English. He also makes effective use of the lexical and sonic richness of Turkish, especially words of Persian and Arabic origin. Syncopation, enjambment and slant rhymes make him one of the most dynamic rappers in Turkey.

The Istanbul Narcotics Department arrested Ezhel for allegedly encouraging drug use. However, some see the charges against Ezhel as just one further step in Turkey’s repression of writers, journalists and cultural figures critical of the government.

Music critic Murat Meric told Al-Monitor that if “incitement” was truly the concern of the government they would have arrested dozens of other singers. “There are so many musicians who describe [sexual] harassment in their songs, legitimize violence against women and brag about guns and killing,” he said.

Though Ezhel favors the legalization of cannabis and describes drug use in taboo-shattering ways in his songs, this is not the extent of his message.

Meric sees Ezhel’s arrest as an attempt to censor the rapper’s oppositional voice. Referencing the fifth anniversary of the Gezi Park protests, he noted, “Ezhel’s songs transfer the things said during Gezi to today. His main subject is 'freedom.'”

Ironically, earlier songs under the moniker Ais Ezhel, such as "Kill the Killer" (2013), were more explicitly political, calling for civil disobedience if the regime becomes too oppressive. What makes the new album dangerous is Ezhel’s unflinching portrayal of the society around him, particularly Turkey's central Anatolian capital, Ankara, and the political elite there.

In “Taste of My City,” Ezhel describes Ankara with unflattering realism. Though the Turkish capital falls behind Berlin and Istanbul in its importance for Turkish rap, Ezhel “reps” his hometown, to use the parlance of the genre.

Hailing neither from posh Cankaya nor the slum neighborhoods, Ezhel was raised in a modest home in Cebeci. Knowing both the beauty and poverty of Ankara, he is well positioned to portray it in a way recognizable to its residents.

Describing his city, Ezhel raps: "The whole city's a nightclub we don't have any cash/ Thank God our stomachs are full, some luck and our hands will be flush/ We're only tanned from the elbow down/ Our winters are cold, the steppe is gray/ Our girls are fine, they're fast too/ Ankara has a sea [deniz] but no shore."

This final pun is a reference to Turkish leftist Deniz Gezmis, whose first name means “sea.” In 1972, Gezmis, part of Turkey’s activist 1968 generation, was executed by the state in landlocked Ankara. He has become known as Turkey’s Che Guevara.

But the political references do not end there. The video for the song shows the faces of Ali Ismail Korkmaz and other young people killed during the Gezi Park protests of 2013. Noting this moment in the video, music critic Derya Bengi wryly commented on Twitter, “This is the moment young people are encouraged to do drugs.”

In his lyrics, Ezhel candidly portrays poverty. Controversially, he describes being hungry and stealing food from the supermarket. His lyrics describe the current economic situation that some supporters, such as Yasin Durak, are calling “the whole country a nightclub” — a direct tribute to his lyrics — in the wake of Ezhel’s arrest.

Ezhel describes injustice and corruption in Turkey’s government: "It’s all for you, all for you man, we want something too/ The youth are unemployed and while you’re the boss, I say f**k the job."

While the Turkish youth were an object of widespread international attention during the Gezi protests, Ezhel’s music reveals the state of mind of this generation exactly five years later.

Meric said in this regard that Ezhel is a “spokesman” for this “lost generation.”

The song “My Troubles” on his latest album provides a veritable catalog of the violence, political instability and economic downturn that has characterized life in Turkey since. He mentions “street children,” “rape,” “bombs dropping,” “horrible television” and “the fakeness of soap operas.” He concludes that his main trouble is “the rebellion [he’s] unable to realize.” With a growing number of young, educated people unable to find work or fleeing the country, Ezhel’s message resonates with a generation that has, for now, lost hope.

It’s a message that certainly makes some uncomfortable, though the youth have understood it loud and clear. Meric takes a more historical perspective on the matter, saying, “Songs have been banned before too. What happened? Those who banned the songs have been long forgotten, but the songs were passed on to today's generation.”

Yusuf Gezer, a young editor of foreign news at NTV, has been following the news of Ezhel's arrest from his home in Istanbul. He told Al-Monitor that he sees the outpouring of support for Ezhel as a sign of "normalization" in Turkey's political climate.

"A few months ago people would have been more hesitant to speak up out of fear for 'supporting a criminal.' Now, with the economic crisis and the new election coming up, the environment is different. People are feeling bolder," he said.

While musicians associated with the militant left have long faced harassment by the government, Ezhel stands out in his popularity among young listeners. A handwritten letter from jail shared on Twitter with his fans shows that Ezhel remains defiant: "Down with censorship, long live completely independent rap!"