Why Turkey's rappers can no longer stay silent 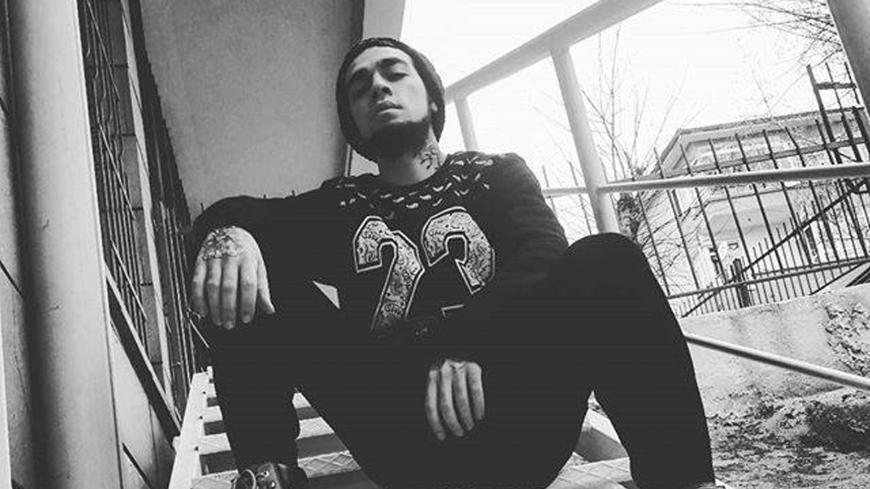 The nearly 15-minute-long "#Susamam" (“#ICannotBeSilent”) is the brainchild of Sarp Palaur, known by the stage name Saniser, and a product of collaboration between 20 prominent rappers and musicians.

In the song and accompanying music video, Server Uraz, Kamufle, Tahribad-i Isyan and Aga B and others take turns raising awareness about issues that face Turkey and the world, including justice, freedom, education, animal abuse, exile, suicide and urbanization.

Both songs also address an issue heavily discussed in recent months in Turkey: violence against women. In “#ICannotBeSilent,” singer-songwriter Deniz Tekin sings about violence and abuse accompanied by a haunting audio clip from the Aug. 23 murder of Emine Bulut by her ex-husband. The names of the harrowing cases of Munevver Karabulut, Sule Cet and others appear on the screen.

Similarly, Ezhel raps, “Every day the same news happens/ Another rape, another case of harassment.” The music video provides statistics showing the increasing rates of femicide in Turkey.

Listeners have responded to these powerful messages. Within the first 48 hours, Ezhel’s “Incident” was viewed almost 4 million times on YouTube, while “#ICannotBeSilent” had over 12 million viewers. Turkey has a population of roughly 82 million. These songs have moved far beyond the usual fan base of rap music.

Musician and academic Bulent Somay echoed the thoughts of many when he wrote on Twitter a few hours after the songs' release, “I don’t like rap, and I don’t think I’ll like it after this either. But these two music videos (especially “#ICannotBeSilent”) have unsettled my judgments of liking or disliking. I’m respectfully holding my tongue.”

Rap has a long but fluctuating history within Turkey. In the 1990s, the German-Turkish rap group Cartel performed at Istanbul’s biggest stadiums to sold-out crowds. Rappers like Ceza quickly established the genre among Turkey-based acts. Yet by the early 2000s, rap was mostly contained within a tight subculture of dedicated fans.

In the last few years, rap has not only been returning to the mainstream in Turkey, rappers are solidifying their role as formidable political voices.

“Opposition tends to express itself in the medium that is the contemporary era's form of rebellion, often most popular among disenchanted youth. The pounding rhythms, clever wordplay and anger-fueled epithets of rap are particularly well suited to expressing societal frustrations," Lisel Hintz, assistant professor of international relations and European studies at Johns Hopkins University, told Al-Monitor.

And it is not only the youth who are listening. Within hours of the release of “#ICannotBeSilent” a link to the video was shared by Muharrem Ince from the main opposition Republican People's Party (CHP) and parliamentarian Filiz Kerestecioglu from the pro-Kurdish, social-democratic Peoples' Democratic Party (HDP). The official Twitter accounts of the municipalities of Eskisehir, Edremit and Sisli also shared the song.

On Sept. 6, just hours after Canan Kaftancioglu, chair of the CHP in Istanbul, was sentenced to nine years and eight months in prison for “terrorist propaganda” and “insulting the president” due to tweets posted between 2012 and 2017, she took to Twitter to amplify the message of Saniser and his collaborators, writing, “Today and always #ICannotBeSilent either.”

As Saniser raps in his verse on law, “I now even think twice before I tweet/ I’m afraid of the police of my own country.” He adds, “If they come for you one night to lock you up/ You won’t even find a journalist who can write the story/ They’re all in jail.”

References in the song to the crackdown on freedom of expression and the call for citizens to speak up has struck a chord with wide sectors of society.

As rapper Ados commented in an interview on Deutsche Welle Turkish Sept. 6, “I think the language we used in the song was quite gentle. We could have used a more protest-oriented and harsh language, but we wanted to reach everyone because the topics addressed affect everyone.”

Despite this conciliatory tone, “#ICannotBeSilent” quickly led to controversy. At a Sept. 6 event, Ahmet Buyukgumus, head of the youth branch of the Justice and Development Party (AKP), accused the rappers of “being silent” during various coups and attempted coups in Turkish history. The next day, AKP Vice Chairman Hamza Dag described the song as a “provocation” and “political manipulation of art.”

As if trying to stave off such critiques, rapper Mirac wrote that he was uncomfortable having people from “fringe political sectors,” including the HDP, share the song. Upon widespread outcry, he promptly deleted the tweet.

Attempts by rappers involved in the project to claim it has no particular political message has not stopped newspapers close to the ruling party from linking “#ICannotBeSilent” to terrorism.

Ezhel’s rageful song “Incident” has an even more uncompromising posture.

The news clips used for the “Incident” music video begin with images of the AKP’s founders and goes on to show the ultranationalist killer of Armenian-Turkish journalist Hrant Dink. The video also features footage of the Gezi Park protests of 2013, the killing of protester Ali Ismail Korkmaz, the 2015 bombing of Ankara’s central railway station, slain transgender activist Hande Kader, images of the attempted coup on July 15, 2016, and the subsequent arrests and purges, the tragic 2018 train accident in Corlu, three-year-old drowned refugee Alan Kurdi, footage of the Islamic State in Syria, protests against gold mining in Turkey’s Kazdaglari and many other events indelibly etched into the collective memory.

Hintz said, “Ezhel’s video is a visual punch in the gut that mirrors the frustration, rage and grief felt in watching Turkey’s increasingly authoritarian politics play out nonstop, breathlessly, event by event. The rapid onslaught of images of police brutality, politicians’ corruption and casualties of war remind the viewer of the emotional toll the last 10 years or so of AKP rule have taken on society.”

The chorus of the song addresses the emotional toll of this surfeit of history: “Every day a new incident/ Easy to say/ Where and what is abnormal/ Now it seems natural to me.”

Ezhel also openly critiques authoritarianism and corruption in the song: “State of Emergency, your people are the guinea pig/ Because there’s no reason not to be a psychopath/ So steal and take what you can/ I have a few coins, you have wads of cash/ An incident breaks out/ They spray you with a water cannon.”

Though “Incident” reached millions of viewers within hours of being posted on YouTube, it was removed from the list of trending videos in Turkey. Similarly, YouTube made the song age-restricted content. Despite the violent nature of some of the footage, all of it is originally from Turkish cable television.

Ezhel was arrested in May 2018 on charges of "encouraging drug use," though he has since been acquitted. Interview clips used in the “Incident” video explicitly references these past legal troubles.

The explicitly oppositional quality of “Incident” raises questions about whether Ezhel might again be targeted for his lyrics.

“Incident” suggests that raising difficult questions is the responsibility of creative artists. Ezhel raps, “Who are we? Where did we come from? … It’s easier to shed blood than to try to understand each other.”

Similarly, Fuat Ergin, who is one of the rappers in "#ICannotBeSilent” is unrepentant. T24 news website quoted him Sept. 7 as saying, “I cannot live scared. If I didn’t say all of this I would be ashamed of myself. I’m not afraid of anything, if they’re going to come [for me], let them come.”