In a TV interview, a Turkish writer vowed to support President Recep Tayyip Erdogan and his ruling party should they lose in the upcoming elections by promising to dig up a buried weapons stash and "take to the streets." 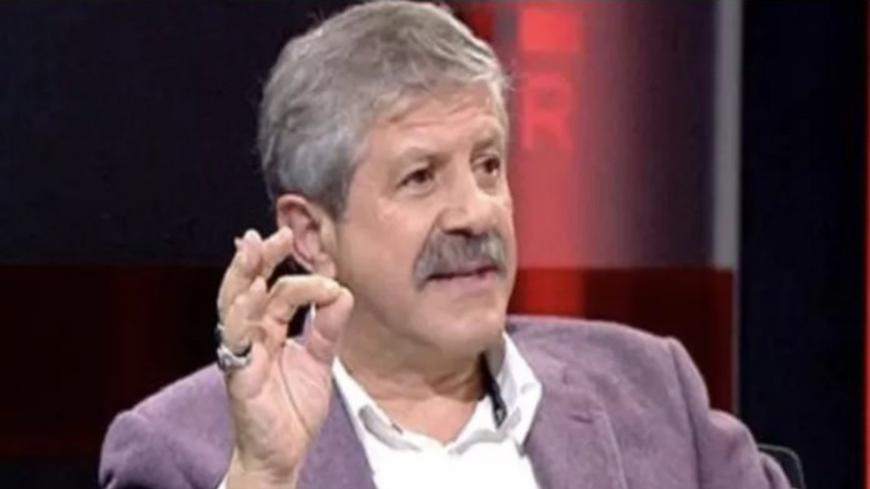 Ahmet Maranki, also known as “Lord of the Herbs," claims to have weapons under a tree, ready to use if Erdogan loses the election. Posted May 24, 2018. - Twitter/@AlonBenMeir

A Turkish writer best known for prescribing remedies for hemorrhoids, constipation and male sterility said he had a solution should Turkey’s ruling Justice and Development Party (AKP) fail to win parliamentary and presidential elections that are due to be held on June 24.

Ahmet Maranki, also known as “Lord of the Herbs,” revealed in an interview with hardcore Islamist Akit TV that he had a weapons stash buried under a tree in Istanbul’s Belgrade forest. In the event the AKP is dethroned, “we will dig them up and take to the streets in the name of Allah, the all compassionate and the merciful,” Maranki declared. An unnerved presenter tried to reason with him but Maranki kept going. Evoking Erdogan’s calls to the people on the night of the 2016 coup to face down the putschists, Maranki said, “When called upon, this nation is ready.”

His comments unleashed a storm of angry commentary, with many equating Maranki’s words to a call for civil conflict. Prosecutors have launched a probe.

Maranki hit a raw nerve. For some time there has been hushed speculation that President Recep Tayyip Erdogan might resort to drastic measures if he scents defeat. The mildest would be to fiddle with the election results, as the government is widely alleged to have done in the narrowly approved April 2017 referendum on exchanging Turkey’s current parliamentary system for a super-presidency.

The Organization for Security and Cooperation in Europe concluded that last-minute changes to counting procedures had removed “an important safeguard.” The change, which allowed unstamped ballots to be counted as valid, has since been formalized under a new law that critics charge increases opportunities for fraud. The Vienna-based outfit announced today that a core team of 12 experts based in Ankara and 22 long-term observers would be deployed across the country to monitor the June polls. But with the state of emergency still in place, rural areas, particularly in the mainly Kurdish southeast, remain vulnerable to tampering.

Some go as far as to claim that if he fears losing, Erdogan might unleash armed loyalists to stir up trouble or that he might even start a war. Such conjecture sounds overblown, but it points to one hard truth: the deeply ingrained sense of entitlement gripping Erdogan and his narrow circle and serving their unremitting desire to cling to power.

This entitlement was fully on display when the AKP quashed a massive corruption probe into Erdogan and several Cabinet ministers in December 2013, sacking and jailing the police officials and judges behind it. Pro-Erdogan Islamic theologian Hayrettin Karaman rose to the occasion, declaring in a fatwa that corruption is not tantamount to theft.

When the AKP lost its parliamentary majority for the first time in the June 2015 polls, Erdogan torpedoed talks between the AKP and opposition parties to form a government. He then helped re-ignite war against reciprocally bellicose Kurdish militants. Spooked voters restored AKP dominance in a new round of elections held five months later.

Sources close to the government say there is growing worry within the AKP that it may lose its parliamentary majority again. The AKP owes its 16 years of power largely to the wealth it created for millions of impoverished Anatolians, even as its leaders lined their own pockets. But with the economy unravelling and the Turkish lira in free fall, a growing number of its supporters will view Erdogan and his coterie as more Ali Baba than Robin Hood.