Election integrity remains a top concern for Turkey’s opposition ahead of the June 24 polls, especially for the country’s main Kurdish party, whose showing could be of critical importance. 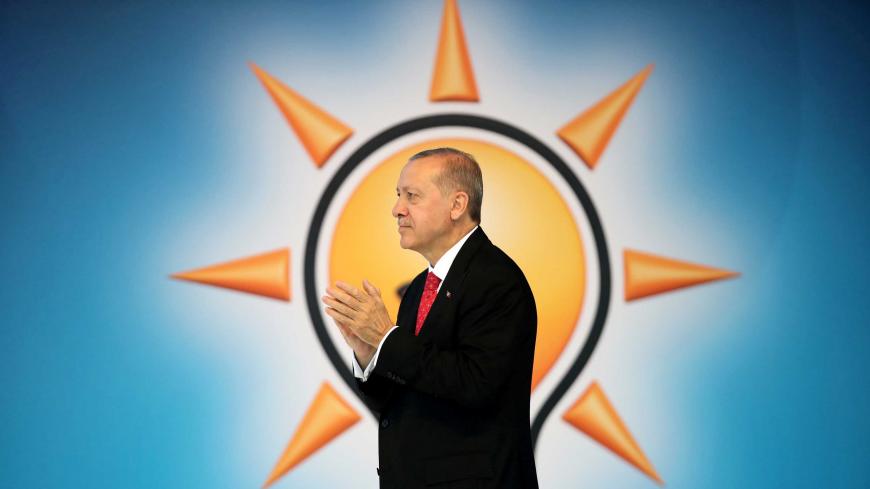 DIYARBAKIR, Turkey — As the June 24 presidential and parliamentary polls approach, Turkey’s opposition parties are concerned about possible foul play in the critical race, which is looming as the toughest election battle for the government yet.

The polls will mark Turkey’s transition to a super-presidency system tailor-made for President Recep Tayyip Erdogan, whose victory, many fear, would seal the demise of Turkish democracy, making election integrity all the more critical. The new system was narrowly approved in a controversial referendum last year. International observers said at the time that up to 2.5 million votes — almost double the winning margin of the “yes” vote — might have been manipulated, as the Higher Electoral Board (YSK) made a last-minute decision to validate ballots unstamped by election officials.

The YSK’s decision and subsequent changes to election rules in March have stoked misgivings over the fairness of the upcoming polls, in which small margins could be of big significance.

In a move that further fueled concerns, the YSK said May 28 it had decided to relocate polling stations in predominantly Kurdish areas that would affect 144,000 voters, citing security reasons. The move, made possible by the March amendments, infuriated the pro-Kurdish Peoples’ Democratic Party (HDP), which claims the authorities are maneuvering to push the party below the 10% threshold required to enter parliament.

“This has nothing to do with security; rather it is a move to break the will of voters,” HDP lawmaker Mithat Sancar told Al-Monitor.

HDP spokesman Ayhan Bilgen told a press conference that the decision involved moving ballot boxes from villages where the HDP “gets around 75-80% of votes” to villages where the ruling Justice and Development Party (AKP) “gets 75-80% of votes.” The head of the YSK said the ballot boxes would be moved to “a walking distance of 5 kilometers [3.1 miles] at most.” The HDP worries that, in remote, impoverished areas in the mainly Kurdish southeast, even such distances could discourage or prevent villagers from voting.

According to Bilgen, the 144,000 affected voters represent “a significant numeric quantity that could sway the outcome of the election.”

Polls currently show the HDP slightly above the threshold. In Turkey’s electoral arithmetic, a strong showing by the HDP could strip the AKP of its parliamentary majority, as it happened in the June 2015 polls. Alternatively, if the party fails to overcome the threshold, the AKP would sweep most constituencies the HDP would have otherwise won. Pollsters see Kurdish voters as kingmakers in the presidential vote, especially if it goes into a second round.

The nationwide state of emergency, in place since the 2016 coup attempt, is another source of concern in the southeast. The region has been under heavy security presence since a military crackdown on the outlawed Kurdistan Workers Party (PKK) that preceded the putsch. The aftermath of the coup saw a ferocious clampdown on oppositional quarters across Turkey, including the Kurdish political movement, which had its municipal administrations seized and many of its leaders and activists arrested.

Metin Bakirhan, who has served as an election officer in Diyarbakir, the largest city of the region, in previous years, has bitter memories of what voting under emergency rule could be. Recalling the 1990s, when the southeast was under a state of emergency as clashes between the PKK and the security forces raged, he said people were so intimidated that few would agree to even serve as observers in polling stations. “Everybody was under psychological and physical pressure,” he told Al-Monitor. “Sometimes security and administrative officials would gather people in coffeehouses, hurling threats to burn down neighborhoods if they voted for certain parties.” For Bakirhan, “Election security under a state of emergency is unconceivable.”

The PKK has also been accused of bullying and influencing voters in the past.

Besides moving ballot boxes, the March amendments allow unstamped ballots to be admitted, formalizing the YSK’s controversial measure during the referendum.

Against all odds, the opposition is determined to prevent any vote rigging attempts. A comprehensive effort is underway to mobilize civic groups, lawyers and volunteers to keep tabs on the vote, in addition to measures to crosscheck the count. The main opposition Republican People’s Party has put in place a smartphone app, called Fair Election Mobilization, to communicate swiftly with its election officers and keep track of counts in polling stations across the country.

The HDP will use a similar online system to crosscheck the count, Mehmet Tiryaki, the party’s representative at the YSK, told Al-Monitor. The party is seeking to get as many members as possible into ballot box committees and mobilize volunteers as observers, he said, adding that training was already underway.

Tiryaki stressed that the HDP was in talks with other opposition parties to enhance cooperation against vote rigging, hailing “significant progress” in the effort.

For Recep Ozel, the AKP’s representative at the YSK, the opposition’s alarm is unfounded and aims to discredit the ruling party’s expected victory. “Voters will go the polls in a relaxed atmosphere. We are confident that the YSK, the [district] election boards and ballot box committees will duly perform their duties and that the security forces will take the necessary precautions,” he told Al-Monitor. “Some opposition parties are trying to pin the blame [of their expected defeat] on regulations and measures, hence they keep talking about election security.”

The HDP’s challenges do not end with election security. The party’s presidential candidate, Selahattin Demirtas, remains in prison, pending trial on terror-related charges, despite mounting calls for his release. The courts, meanwhile, issued back-to-back convictions in long-running trials of Kurdish activists last week. Under the rulings, a prominent HDP candidate lost his eligibility to run for parliament, while four others risk losing their parliamentary seats in the longer run, if elected.