Turkey’s June 24 elections will likely have significant and lasting effects on the future of the opposition. 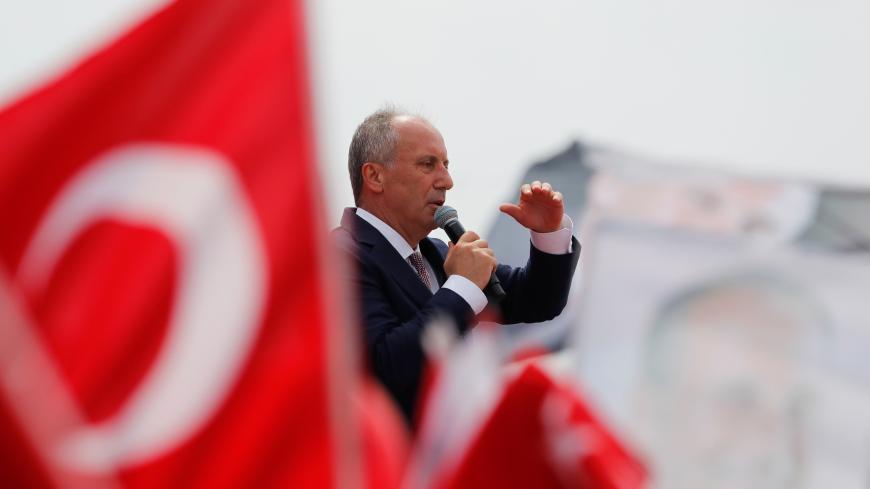 The headquarters of Turkey's main opposition Republican People’s Party (CHP) became a major nerve center on the evening of June 24 after voters went to the polls to elect the country’s first executive president and a new parliament. As a precaution against voting fraud, the CHP had set up its own election coordination platform in cooperation with other opposition parties. Hundreds of IT specialists and other volunteers were on duty at the party’s election center to operate an alternative counting system for the vote. They were supposed to receive counts from ballot box overseers across the country, enter them into a computerized system and crosscheck the results announced by the Higher Electoral Board (YSK) and the government-controlled Anadolu news agency, which the CHP had accused of planning results manipulation for months.

After the polls closed at 5 p.m., hundreds of CHP supporters flocked to the party’s headquarters in anticipation of the count. As the crowd waited excitedly in the yard, party officials and journalists gathered in front of giant screens inside the building. Then something unexpected happened: The figures that hit the screens were not the results of the alternative counting system, but a TV broadcast of Anadolu's numbers.

The initial results put President Recep Tayyip Erdogan ahead by a large margin in the presidential race. CHP officials spoke immediately to the media, claiming that their figures and those of Anadolu did not match. Soon, they announced that the presidential contest was headed to a runoff, meaning they expected Erdogan to finish at less than 50%, but offered no data to support their claim. In a third and final statement to the media an hour later, the CHP officials backpedaled, accepting Anadolu's figures without even waiting for the YSK’s official statement.

What happened to the alternative count that the party had hyped ahead of the elections? It turns out the system collapsed as soon as the count started, or more precisely, never began to work.

Outside the building, the enthusiasm and hope of the flag-waving, slogan-shouting crowd quickly turned into fury. They attempted to enter the building until the doors were locked. The crowd then shouted for a public explanation from party leader Kemal Kilicdaroglu. A sit-in began around the rostrum where the CHP leader was supposed to make a statement. But Kilicdaroglu was nowhere to be seen.

The CHP’s presidential candidate, Muharrem Ince, who mustered 30.6% of the vote, disappeared from public eye as well. He conceded defeat in a WhatsApp message to a TV journalist and did not bother to address his supporters, further stoking their anger.

Silence also reigned on the part of Good (Iyi) Party leader Meral Aksener, who scored 7.3% in the presidential race. She later said she backed down from a promised vigil outside the YSK because the main opposition had already conceded defeat.

Apart from the two laggards in the presidential race — Temel Karamollaoglu and Dogu Perincek, both of whom got less than 1% of the vote and made public statements — the only opposition candidate whose whereabouts were known to voters was pro-Kurdish Peoples’ Democratic Party (HDP) leader Selahattin Demirtas, who was in jail.

As anger and protests simmered outside the CHP headquarters after midnight, jubilant singing and slogans echoed from a boisterous convoy heading to the nearby headquarters of Erdogan’s Justice and Development Party (AKP). Soon, the lights of the CHP building went out, and the stark contrast between the two groups was visible across Ankara. In the district of Cankaya, a predominantly secularist CHP stronghold, the streets were empty and quiet, while the celebrations of AKP supporters continued elsewhere.

The CHP’s early concession of defeat and the miserable failure of the alternative counting system dealt a heavy blow to opposition voters, who were unusually mobilized and motivated in this election to prevent vote rigging by the ruling party.

In the opposition camp, only the HDP showed any signs of life. Outside the HDP headquarters, a small number of party supporters briefly celebrated overcoming the 10% national threshold to enter parliament. But with Demirtas and other senior party members in jail, their happiness was bittersweet.

The June 24 elections produced no positive impact on how Turkey will be governed in the coming period, but they could have significant effects — both negative and positive — on the future of the opposition.

Kilicdaroglu, who never emerged from the 12th floor of the CHP headquarters that night, was one of the losers. His party’s vote share fell to 22.6% from 25% in the 2015 elections. The lost votes appear to have migrated to the newly founded Good Party, which the CHP had backed as part of an opposition alliance in the hope it would lure voters away from the AKP and its ally, the Nationalist Movement Party (MHP). The MHP, for its part, delivered the biggest surprise by boosting its vote, although many had thought the party was bleeding.

The CHP’s presidential candidate, however, came out on top despite all his tactical mistakes. For the first time in the past four decades, the CHP — powered by Ince’s personality — broke the 30% mark in a nationwide vote. Though he failed to unseat Erdogan, Ince managed to gain a passionate following among the electorate, especially the young, blowing a wind of change in the CHP.

Aksener is also in the losers’ club. During the opposition’s unity efforts ahead of the elections, the ambitious “Iron Lady” had rejected the idea of a joint presidential candidate and the HDP’s inclusion into the opposition alliance in the parliamentary polls. Her Good Party managed to secure 43 seats in the 600-seat legislature. But despite expectations that it would draw conservative voters away from the AKP-MHP alliance, the party ate into the CHP base, contributing nothing to the opposition bloc overall.

The small Islamist Felicity Party proved another failure in the opposition’s strategy to weaken the AKP. Just like its presidential candidate, the rest of the party put on a dismal performance, garnering less than 1.5% of the vote. It managed to clinch only one parliamentary seat thanks to a contingent offered by the CHP.

The HDP’s Demirtas, meanwhile, is a winner. Despite being behind bars, he managed to consolidate his voters simply through Twitter messages, communicated by his wife and lawyers, garnering 8.4% of the presidential vote and propelling his party over the 10% parliamentary threshold.