Turkey has erected its final observation post in the Idlib region, but many unknowns and potential hazards remain. 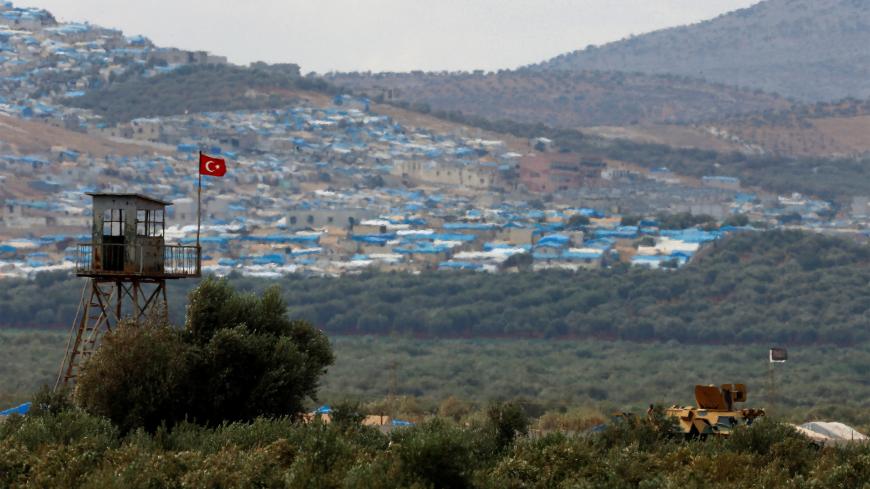 Turkey completed its final Syrian de-escalation military outpost May 16, wrapping up the project in Jisr al-Shughur, a town that abuts Turkey's Akcakale border crossing and that is notorious as the local hub for Salafists and jihadis from Central Asia and the Xinjiang region of China.

With that effort, Ankara has fulfilled its promise to Iran and Russia — the other guarantors of the many peace negotiations held in Astana, Kazakhstan — to build 12 outposts virtually encircling Idlib; Turkey will continue to operate them as well. Now the Turkish army's position separates pro-Iran armed groups and the forces of Syrian President Bashar al-Assad, with one mechanized infantry company reinforced with armor at each of these outposts.

Turkey has the personnel of two mechanized infantry brigades reinforced with commando and military engineering detachments (about 1,300 soldiers in total) scattered in the north, east, south and southwest of Idlib, the hot zone that will determine when and where the operation achieves its goals west of the Euphrates River.

Establishing the de-escalation posts had always been a hot issue among Ankara, Moscow and Tehran. Moscow was eager for Ankara to finish the job, while Tehran has been the game spoiler, particularly during negotiations on how to share control of the zones in east and southeast Idlib. As stipulated by the trilateral accord reached at Astana, Turkey set up the outposts in the Sunni opposition-controlled parts of Idlib. Under the accord, Russia and Iran will have to put up similar observation posts on the turf controlled by Assad’s forces. These observation posts will thus constitute a security buffer between the opposition and Assad forces. But there have been no signs of Iran doing its part, and its delay in disciplining autonomous pro-Iran armed groups south of Aleppo has been annoying Ankara.

The Turkish army began setting up the de-escalation posts in October. The army now has troops deployed at: Salva village near Dana; Samaan village (Takle) and Aqil Mountain, both near Darat Izza; al-Eis near al-Hader; Tal Tukan village near Saraqib; Surman village near Maarat al-Numan; Anadan (Tal Tamurah) and Rashidin, both in western Aleppo; Zeytuna and Istabrak (very close to Jisr al-Shughur), both in southwestern Idlib; Morek (Tal as-Sawwan) in rural Hama; and Zawiyah in rural southern Idlib.

What is Ankara's strategic rationale for establishing these outposts? With Moscow’s backing, Ankara seeks to deter any Iran-backed ground offensive by the Assad regime in northwest Syria and prevent a potential mass refugee movement. The outposts are also making Ankara's military footprint in the north more visible, and therefore, protecting the Afrin region and the triangle formed by al-Bab, Jarablus and al-Rai beyond their geographic boundaries. For Moscow, Ankara's fulfillment of this promise means pro-Iran and pan-Shiite armed groups deployed in southern Aleppo won't be able to move in and fill the power vacuum in southern and southeastern Idlib.

Although the media haven't said much about these observation posts, it is possible to say that they actually constitute a cross-border operation with even more ambiguities than Turkey's Euphrates Shield and Olive Branch operations. Six of the 12 outposts are 35 kilometers (almost 22 miles) or more from Turkey's border. The most distant one is 88 kilometers (55 miles) away. These outposts each have the manpower of only one military company, and so will have limited capability to resist if attacked. Bearing in mind that Turkey doesn’t have air superiority in the region, it won't be easy to reinforce these scattered outposts from the air and ground, or to evacuate them.

Is there a risk that these outposts might be attacked? Turkish forces are under the protection of Russia, which controls the skies and the entire process, but there is continuing speculation over the status of Idlib and who will be controlling the city.

Pro-Assad forces could attack opposition forces in the Idlib region in coming weeks. We know that Assad forces, after clearing opposition forces from Damascus, Hama and Homs, have evacuated about 40,000 armed Sunni opposition fighters and their families to Idlib and other areas controlled by Turkey in northern Syria. Idlib's population has doubled to about 3 million because of displaced people. Assad’s forces, which have completed most of their operations against opposition forces in and north of Damascus could now launch an operation to clear Idlib of opposition forces. Such an operation and the mass internal migration it would provoke could well be more than the Turkish outposts could handle. Despite Russian domination of the area, Turkey has to keep in mind the possibility of an accidental clash or the Assad regime acting on its own.

Another risk in Idlib is posed by the Salafi-jihadi armed groups linked to Hayat Tahrir al-Sham that control the city's center. The responsibility Turkey has assumed at Idlib inevitably raises the issue of how Turkey's relations with Hayat Tahrir al-Sham will develop. If that relationship sours, Turkish outposts will be the nearest targets for the jihadi group.

Turkey’s presence in Idlib deters pro-Assad groups and helps opposition groups survive against Assad forces. But the UN considers Hayat Tahrir al-Sham a terror organization, which could complicate the issue even more.

Finally, there are groups linked with al-Qaeda in the area, as well as the Kurdish People's Protection Units, both of which could create yet another major headache for Turkey.

Two key issues will determine the fate of these Turkish outposts. One is how long Ankara can continue its de-escalation efforts if Iran begins meddling and whether Russia feels it must choose between backing Iran or Turkey. The other issue is whether Turkey can contain the tense situation around Idlib until the political transition begins — if ever.