The coming battle for Idlib

Syrian regime forces are deploying near and around Idlib province, in northwestern Syria, suggesting that the battle for Idlib is shaping up despite diplomatic gesturing and a statement by Russia denying an imminent operation. 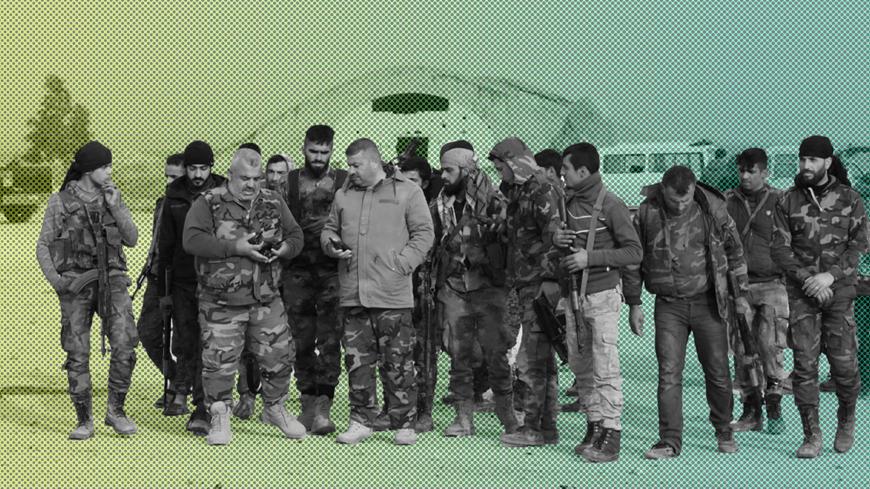 The fall of Daraa governorate, including the Golan Heights border region, to forces loyal to President Bashar al-Assad’s regime on July 31 paves the way for the next battle, in Idlib. Syrian troops are already amassing around the northern governorate. Experts believe that unlike the fighting in the south, the battle for Idlib will be longer and bloodier, as the province is the last insurgency holdout and home to several jihadist organizations.

Russian officials had warned Free Syrian Army (FSA) negotiators July 10 in Daraa that the northwestern province of Idlib would be next, after the fall of much of southern Syria. Despite being included in the 2017 de-escalation plan signed by Turkey, Iran and Russia in Astana, Idlib has regularly been pummeled by Russian and Syria air force strikes, which have destroyed clinics and hospitals across the province. In May, the Financial Times estimated that the population of Idlib exceeded 2.6 million, having swelled from 1.5 million during the civil war.

The area is under regional and local control. According to a May 21 Al-Monitor article, Turkey has deployed two mechanized infantry brigades in the east, south and southwest, reinforced by commando and military engineering detachments, for a total of about 1,300 soldiers. The same article also reports that Turkey had installed its 12th and final de-escalation military outpost in the region of Jisr al-Shughur.

“The Iranians and Russians are deployed east of the Damascus-Aleppo main highway,” Ibrahim Idilbi, a Syrian activist, told Al-Monitor.

Sinan Hatahet, a Syria expert affiliated with the independent, Istanbul-based think tank Omran Dirasat, told Al-Monitor that the regime has outposts south of Aleppo and north of Homs.

Idilbi remarked, “At the local opposition level, the rebels' brigades are more to the north of [Idlib] province, while Hayat Tahrir al-Sham [HTS, an al-Qaeda offshoot] are more to the south of Idlib. Finally al-Qaeda’s Syrian branch, Huras al-Din, is located on the demarcation lines, more specifically, in the rural Idlib areas to the west.”

The activist explained that the various rebel formations, including jihadists, totaled 18,000 fighters and had previously consolidated under three main umbrellas: the Syrian Liberation Front (Jabhat Tahrir Souria), which includes Ahrar al-Sham and the Nour al-Din al-Zenki Movement; the National Front for the Liberation of Syria (Jabhat al-Wataniya lil-Tahrir Souria), comprised of FSA factions; and the HTS.

On July 1, however, a new formation, Jabhat Wataniya (the National Front) merged Jabhat Tahrir Souria and the National Front for the Liberation of Syria along with the Suqour al-Sham Brigades and Jaysh Ahrar. HTS continued to stand alone.

In recent months, hard-line jihadists in Idlib have been targeted in a wave of killings. On July 31, the pro-regime website al-Masdar News reported the death of Abu Hamam al-Turkmani, a high-ranking HTS commander, and on June 1, the assassination, in the southeastern countryside of Idlib governorate, of Abu Islam, the Sharia official for HTS.

Another al-Masdar article reported that on May 24 that four HTS members had been killed. According to the report, the mysterious assassinations had been going on for more than two months, with HTS suffering the brunt of them. Idilbi explained that many of the killings are probably being carried out by FSA fighters in an attempt to rid the region of jihadists, whose presence gives Russia an excuse to conduct blind strikes on Idlib.

Two scenarios are possible in Idlib. The first, and the more unlikely of the two, would entail pressure from Turkey on the rebels to shorten the fight.

Aydin Selcen, a former Turkish diplomat, told Al-Monitor, “The Idlib offensive would put Turkey in a difficult position because of the large refugee population it hosts, estimated at 4 million, and the possible population displacement from the northern province, which is currently home to over 2 million civilians. Ankara is prioritizing the diplomatic solution, spearheading new initiatives with Russia, Germany and France that appear to complement other ongoing efforts, such as the current Sochi talks, the summit between [US president Donald] Trump and [Russian President Vladimir Putin], Syrian Democratic Council meetings in Damascus between Trump and Turkey President Recep Tayyip Erdogan and by the Astana talks and a September meeting organized by Turkey with France and Germany.”

Moscow appears to be attempting to give the diplomatic alternative a chance. On July 31, Russia's Syria envoy, Alexander Lavrentiev, said that Moscow had no plans for a major assault on Idlib.

As Selcen noted, however, “The Syrian war has proved to us time and time again that things can deteriorate into violence.”

Col. Abdel Salam Abdel Razak, from the Zenki Movement, who spoke to Al-Monitor, concurs, adding that he does not believe Turkey will force Idlib rebels into “reconciliation” agreements with the regime given the strong concentration of opposition movements there and their rivalry with Assad.

The regime will thus certainly face massive challenges in the northwest, pointing to the second scenario — an extended onslaught.

“So far, Turkey has been unable to rein in the opposition in Idlib because of the multitude of factions present there,” said Idilbi. “Also, one has to take into account that it is the rebels' last stronghold, which means there is nowhere else to go, and [the rebels] will fight until the end. The battle will be long and costly.”

Hatahet believes that the opposition factions in northern Syria have access to the weapons black market, are well armed and are more independent than military factions in other regions, including those in the south. Hatahet noted, “One has to also take into consideration the presence of HTS, which will surely put up a strong fight.”

Militants and experts think the regime will primarily focus on two areas. The first stretches west of the Aleppo highway, which Hatahet believes will be more difficult for the opposition to defend because of its geography.

According to Abdel Razak, the second strategic area will be the Jisr al-Shughur region, because of its proximity to the Alawites' coastal stronghold. The regime appears to be bracing for this option.

On July 28, al-Masdar reported that the Syrian military had begun consolidating troops in northern Latakia for upcoming offensives on the al-Ghab Plain and in the Kurdish Mountains, on the border with Idlib. Several units from the loyalist National Defense Forces have already begun moving north, alongside troops belonging to the 4th Armored Division and Republican Guard.

Thus the battle for Idlib appears to be shaping up despite diplomatic gesturing elsewhere in the region.