Scrambling to ease a bruising hard currency crunch, the Turkish government has enacted a wealth amnesty bill that opens the door to the repatriation of shadowy money from abroad. 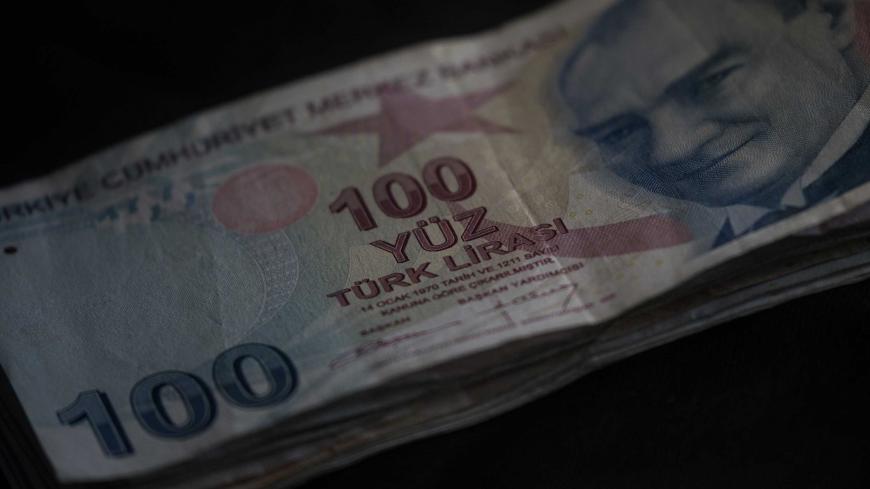 The Turkish economy is in the grips of serious turmoil as the country heads to early presidential and parliamentary polls next month. The government is hard-pressed to contain the woes, especially the ongoing slump of the Turkish lira and skyrocketing foreign exchange prices. In an apparent sign of desperation, the government last week introduced a controversial incentive for capital repatriation from abroad, which is effectively opening the door to illicit money.

Turkey’s 7.4% economic growth last year relied largely on government incentives that put further strains on the budget. As a result, the country, fraught with a double-digit inflation and a high unemployment rate, also faces a significant public deficit atop a giant current account gap.

The gloomy outlook, reflected in rating cuts by major international credit rating agencies, is underscored by a relentless increase in foreign exchange prices. A dollar was worth 4 Turkish liras on April 18, the day President Recep Tayyip Erdogan announced his decision to bring the elections forward to June 24. By mid-May, the dollar climbed to 4.45 liras as the national currency lost 11.2% of its value in less than a month.

The increasing demand for hard currency, which is pushing up the foreign exchange prices, is driven mainly by domestic actors, both individual and institutional, who lack confidence in Turkey’s economic prospects. Things might take an even more dramatic turn if the pullout of short-term foreign investors accelerates and further fuels the demand.

This unforeseen increase in foreign exchange prices could have been curbed by the inflow of foreign funds. But foreign investors have lost appetite for Turkish stocks, meaning a lack of hard currency supply. Moreover, existing foreign investors have begun to pull out, contributing to the shrinkage in supply.

The fragile Turkish economy can hardly afford the current exchange rates, which alone might cause the bankruptcy of major companies and tremors in the banking sector.

Amid this turmoil, the government had no qualms about rushing a dubious measure to increase the foreign exchange supply — a wealth amnesty designed to encourage the repatriation of funds kept abroad, which amounts to an invitation to black money. Ankara also resorted to similar measures in 2008, 2013 and 2016 when foreign exchange prices had similarly increased.

Detailing the plan May 9, Finance Minister Naci Agbal said, “If citizens who have money, gold, hard currency and [other] assets abroad bring those assets to Turkey and declare them by the end of November, they will be able to use those assets as they wish inside the country. Citizens who put those assets into [existing] enterprises will face no tax audit. There will be no additional tax assessment on those assets and they will not be included into profit calculations. Citizens will be able to later withdraw those assets from the enterprises, if they so wish. In case of a withdrawal, we will not be levying a dividend tax either, allowing for a free usage.” The minister added that such assets overseas could be used also to repay debts to foreign creditors, without being brought to Turkey.

The measure, which took effect May 11, is an invitation to undeclared wealth kept in private safes or in tax havens and secret accounts. Such assets are called black money because they are obtained illegally and evade taxes; such assets can include bribe money and even criminal earnings from drug and arms trafficking.

The amount of such money held by Turkish citizens abroad is unknown. The registered assets, meanwhile, figure in the central bank’s monthly international investment position sheets. Turkish citizens held deposits of about $50 billion in foreign banks as of February, the data show. The bill, however, targets not those registered deposits, but the undeclared wealth that qualifies as black money.

The bill, which the government has dubbed the “wealth peace” act, brings to mind a string of recent revelations about how rich and powerful people across the world use offshore tax havens to hide their wealth; the disclosures were made in the Panama Papers, the Paradise Papers and other documents. The leaks also exposed secret dealings by wealthy Turks and figures close to the government.

According to the Turkish daily Cumhuriyet, a partner to the international media consortium that published the Paradise Papers in November, Prime Minister Binali Yildirim’s two sons, uncle and nephew run 11 companies in low-tax Malta. Yildirim acknowledged the existence of the companies, but denied any wrongdoing.

Shortly afterward, the main opposition Republican People’s Party revealed bank documents it claims link one of Erdogan's sons, his brother and other relatives to offshore accounts in the Isle of Man, another tax haven.

Now, with the “wealth peace” bill, Turks who bring home money from tax havens or private safes abroad will face no questions about the origin of the money. The bill also opens the door to foreigners to launder black money by using Turkish individuals or entities as a front.

The first “wealth peace” act, which took effect in 2008 and expired in 2009, led to the declaration of 47.3 billion liras — nearly $30 billion according to the exchange rate at the time. Under the second act in 2013 about $5 billion was brought home and taxed. The outcome of the third “wealth peace” in 2016 remains unknown because the repatriated assets were exempt from taxation.

The new bill offers a generous pardon and laundering opportunity, but how much money it can attract remains a big question mark amid an economic climate that inspires little confidence. What is evident, though, is that the government is in such dire straits that it feels compelled to try even this questionable method.

Finally, there is the question of how the Financial Action Task Force, an international body that aims to combat money laundering and other financial crimes, will react. Turkey, a member since 1991, has already had run-ins with the task force in the past.