Will Turkey’s plan to bring in billions succeed?

Scrambling to lure funds from abroad, the Turkish government has outlined unprecedented incentives for those who put money in Turkey, including Panama-style advantages and Turkish citizenship. 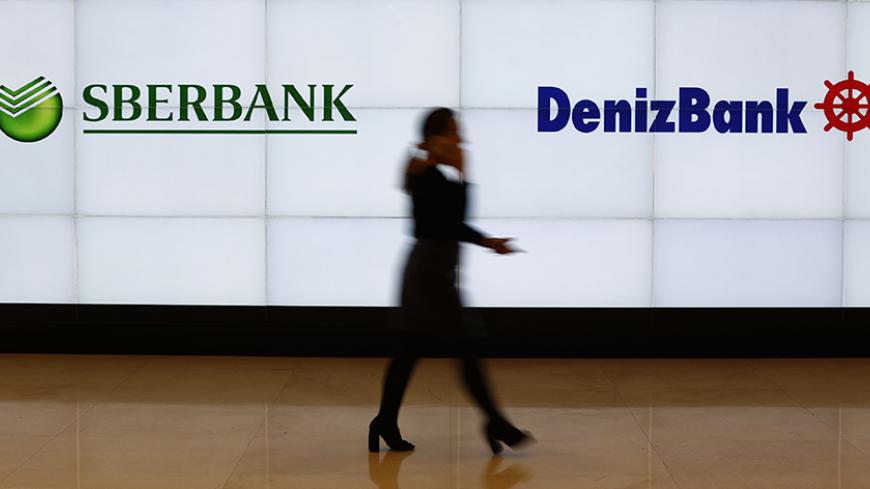 A Denizbank employee walks past by logos of Russia's Sberbank (L) and Turkey's Denizbank at Denizbank headquarters in Istanbul, March 2, 2016. - REUTERS/Murad Sezer

Turkey's ruling Justice and Development Party (AKP) has long had an eye on the wealth that Turkish nationals keep abroad, but incentives introduced in 2008, 2011 and 2013 to lure those funds produced disappointing results. The government is now gearing up for another "wealth amnesty" as part of an economic reform package, submitted to parliament in late June. The 77-article bill outlines tax exemptions and other facilities for foreign investors and companies but also unprecedented incentives for Turkish nationals who bring money, gold and other financial instruments into the country.

According to Wealth Insight, the assets Turkish nationals and companies own abroad are expected to reach $195 billion in 2017. With the new bill, the government hopes to lure at least 100 billion Turkish liras (some $35 billion) back home. According to pro-government media, Turkey's fence-mending moves toward Israel and Russia have boosted investor confidence in the AKP and, coupled with the impact of the Brexit vote, the new law will spur a boom in funds flowing to Turkey.

Whether those hopes materialize will become clear on Dec. 31, the deadline envisaged for asset repatriations, but past arrangements have failed to meet expectations. In 2013, for instance, the government expected an inflow of $130 billion, but only 69 billion liras were declared to the Finance Ministry. Only 8.5 billion liras eventually made it home.

Finance Minister Naci Agbal says the government has learned lessons from past experiences and drawn up a much simpler, easier and more reassuring mechanism for fund holders. Under the previous laws, the money and gold to be brought home had to be declared to the Finance Ministry first. After a 2% tax was levied, the funds became legitimate wealth.

According to Agbal, wealth holders this time will not have to deal with the Finance Ministry and tax offices; rather they will be able to put their assets directly into the banks, free of tax. Moreover, the government promises to ask no questions about the origin of the funds and allow individuals to bring in assets on someone else's behalf, while pledging that the assets will be subject to no investigation or other controls.

"We aim to bring to the country the largest possible amount of assets kept abroad so they could enter the economy. We are outlining provisions whereby people who put trust in the state's assurances will face no investigations or enquiries," Agbal said. "But, certainly, anyone could always face an investigation or an inquiry for other reasons. No one is shielded against investigations."

This is where the clouds of doubt emerge. Many Turkish individuals and companies, especially businesspeople close to the AKP and President Recep Tayyip Erdogan, have been exposed in the recently leaked Panama Papers. Some believe the new law is designed to enable government cronies to comfortably repatriate and launder potentially illicit funds.

Agbal's assertion that investigations "for other reasons" still would be possible has also raised question marks. Businesspeople who are not close to the government are reportedly worried that their funds might be investigated and seized on various pretexts. Such fears are not groundless: since last year, the government has seized dozens of companies owned by businesspeople close to the Gulen movement, including banks and media outlets.

The promised advantages — direct bank deposit without declaration to the Finance Ministry, no questions about the money's origin and the opportunity to act on someone else's behalf — would pave the way for laundering clandestine or undeclared funds kept at home, including, for example, bribe money.

Guarantees on such a scale also suggest the Turkish economy is facing a serious liquidity crunch amid waning investor confidence. In the last week of June alone, foreign investors sold off securities worth $454 million and took the money abroad. Thus, the outflow of foreign capital totaled $603 million last month.

Turkish investors seem to be equally doubtful over the country's economic outlook. Incentive certificates issued for prospective investments worth more than 2.7 billion liras were canceled in the first four months of the year as the entrepreneurs in question gave up their investment plans.

In a further effort to lure foreign capital, Ankara is planning to grant Turkish citizenship to foreigners who put money in Turkey. According to Deputy Prime Minister Numan Kurtulmus, foreigners who buy real estate in Turkey and pledge not to sell it for five years, who bring in foreign exchange and pledge to keep it in the bank for at least two years, who buy five-year treasury bonds or who set up companies and create jobs will be granted not only residence permits but also citizenship, provided that the worth of those investments is above a certain value.

According to official data, a fourth of the companies established with foreign capital in 2015 are owned by Syrians. Additionally, the money Syrians keep in Turkish banks stood at nearly 2 billion liras in the first quarter of the year. When it comes to real estate, Iraqi nationals topped the list of foreign buyers in May, followed by Kuwaitis, Saudis, Afghans and Russians.

In short, the government is trying all possible avenues in a frantic effort to lure money to Turkey. To wealthy foreigners, it is trying to market Turkish citizenship, while to Turkish asset holders abroad, it promises Panama-like guarantees, regardless of whether that money is legally obtained or comes from drug and arms trafficking.