The ties between Israel and Turkey are being strained and stretched, but they aren't likely to snap as long as both sides benefit from the relationship. 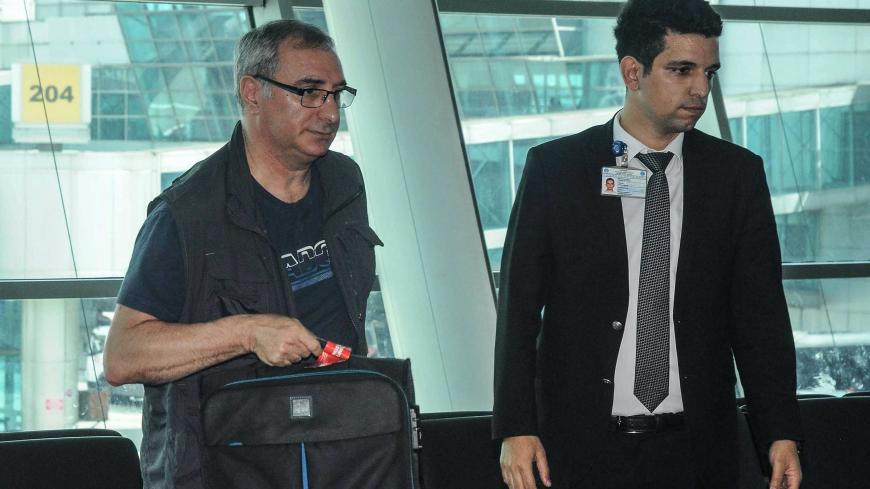 While the recent diplomatic rift between Israel and Turkey indicates a further deterioration in relations, the Turkish government has avoided taking concrete steps that could directly hurt Israel, whereas the Israeli response to Turkey's rhetoric was more detrimental and bitter.

Israeli security forces have killed some 62 Palestinians and wounded scores of civilians by firing during demonstrations held on the Gaza border, which coincided with the opening of the US Embassy in Jerusalem.

The carnage drew a harsh denunciation from Turkey’s sworn pro-Palestinian President Recep Tayyip Erdogan. Yet closer scrutiny suggests Erdogan wasn't framing his response for the international community, but rather to appeal to Turkish voters ahead of the June 24 snap elections.

However, Israel’s response to Turkey’s position was quite the other way around: It was aimed squarely at Turkey’s president, not Israeli society.

In his response to the carnage, Erdogan was — not surprisingly — quick to lash out at Israeli Prime Minister Benjamin Netanyahu, accusing him of murder. In extraordinarily strong wording, he referred to Israel as a “terror state” and said, “The assault on the Gazan protesters exposed Israel’s ugly visage as one who carries out genocide in Gaza.”

Israeli Ambassador to Ankara Eitan Naeh wasn't directly declared a “persona non grata,” but he was asked to leave Turkey “for a while.” He was subjected to a search by Turkish security at the Istanbul airport as he was leaving.

“They didn’t humiliate only me, but also the State of Israel — and the order came from above,” Naeh said, referring to Erdogan, as the ambassador spoke to journalists who reportedly had been called to the airport in advance to make sure they covered the brouhaha.

Naeh has been Israel's ambassador to Ankara since 2016. Before his assignment, there had been no diplomatic representation at that level between the countries for some six years, after bilateral ties hit bottom in 2010 following the Gaza flotilla raid, in which nine Turkish citizens were killed by Israeli commandos.

Israel’s response was more tangible and biting in this brief but potent tit-for-tat exchange. The Israelis canceled Turkish agricultural imports, a move that may add to Turkey's economic woes a bit. Moreover, they warned their citizens not to travel to Turkey.

"I advise you not to visit Turkey," Israeli Tourism Minister Yariv Levin told Ynet. "As long as Turkey treats us like it did, there is no reason to fly there." He added, “Israel has no interest in severing trade relations with Turkey. However, visiting [there] benefits the Turks financially."

Turkey was once a major tourism destination for Israelis. According to the Turkish press, more than 550,000 Israelis chose Turkey for their vacations in 2008. That figure dropped dramatically to 79,000 following the Gaza flotilla incident. Yet last year, the number rose to 380,000 after the countries normalized relations.

After this latest rift, the figure is likely to drop once again.

Like Erdogan, Netanyahu had his say on the matter.

“A man who sends thousands of soldiers to occupy northern Cyprus and invades Syria will not preach to us. … A man whose hands are stained with the blood of countless Kurdish citizens in Turkey and Syria is the last one to preach to us about combat ethics,” he wrote on Twitter.

Turkey’s seeming outrage, on the other hand, didn't go as far as Israel's. A motion in parliament presented by the pro-Kurdish Peoples’ Democratic Party to suspend economic and commercial relations with Israel was rejected by the ruling Justice and Development Party and lawmakers. The government’s reluctance to take concrete actions that might actually hurt Israel confirms that the harsh rhetoric of Erdogan and other Turkish officials is mainly for domestic consumption.

That is perhaps the main reason why the Turkish government didn't go so far as to condemn the Washington administration and President Donald Trump, who are, along with Israel, widely considered responsible for the bloody events in Gaza. Turkey’s economy is so volatile and the looming economic crisis is feared so strongly that the Turkish government can't open a new front against Washington. Erdogan’s fiery anti-American rhetoric has been subdued for some time. Now, the government-controlled media is unleashing such rhetoric, but not Erdogan himself.

Turkey’s cautious position isn't limited to the American side. According to Ahval news, one reason for that is the ongoing oil tanker movement between Turkey and Israel. Last month, oil exports from Turkey’s Ceyhan terminal to Israel's Ashkelon port stood at some 1.5 million barrels.

The role of oil in preserving the two countries' relationship is well-observed in a Ynet opinion piece by columnist Shimon Shiffer titled "Why Israel shouldn’t slam the door on its ties with Turkey.”

"Here are a few facts we should be aware of before we stop playing by the rules with Ankara, which will explain why we should sometimes grind our teeth and carry on instead of slamming the door shut,” Shiffer wrote. “A major portion of the oil supply to Israel from former Soviet countries arrives in Israel through pipes passing through Turkey.”

Shiffer also emphasized the unpublicized but functional intelligence cooperation between the two countries: “Turkey complies with the Israeli intelligence community’s requests to prevent Hamas leaders and others from executing terror attacks against Israeli targets around the world."

The bottom line is, given the nature of the domestic political landscapes in Turkey and Israel, they can never have a strong, reliable bond unless a drastic change occurs in their governments, or at least a game-changing development at the regional level. But even if their relationship continues to decline under harsh rhetoric, their mutual interests dictate that they maintain some level of rapport.