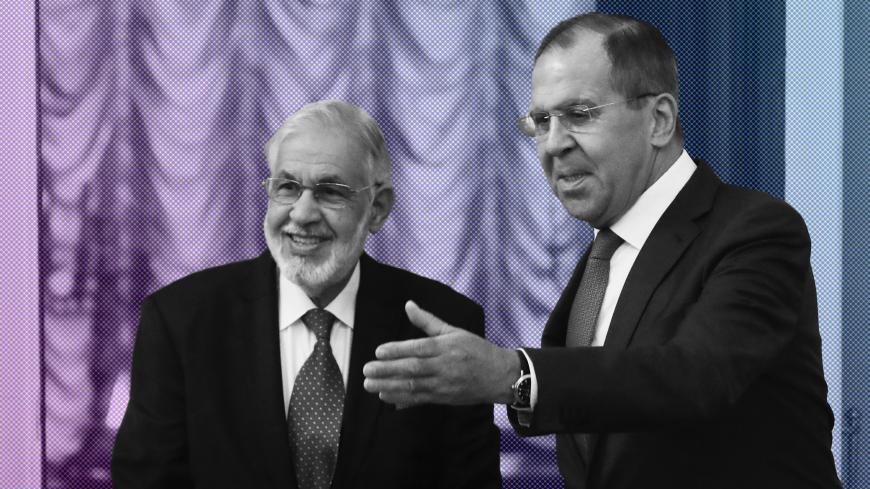 As Russia tries to wrap things up in Syria, it’s moving ahead with plans for Libya.

Managers of top international companies, national leaders and opinion-makers of all sorts gathered last week for the St. Petersburg International Economic Forum in Russia. Among a dozen public and closed panels, one session was dedicated to Libya’s reintegration into the world economic system. The panel brought together the foreign minister for the Libyan Government of National Accord, Mohamed Siala, Russian Deputy Foreign Minister Mikhail Bogdanov and the head of the Russian contact group for intra-Libyan resolution, Lev Dengov.

The meeting is perhaps indicative of Russia’s changing perception of Libya and its lengthy civil war. Moscow has long seen Libya’s situation as one of chaos resulting from the NATO-led intervention in 2011; as a result, Libya is unable to be integrated into the world economy. All this means that economic connections cannot be built and that high-level foreign officials generally cannot discuss anything substantial with Libyan representatives. If Libya is serious about building its future, and if Russia is to become a partner in that endeavor, they both must start working toward stability to develop trade and re-establish economic ties with others.

Libyan leaders appeared to be making progress in this effort at a May 29 summit in Paris.

Moscow’s changing attitude is evident in the latest statistics for trade between the countries. The 2011 revolution had almost ceased economic cooperation between the two countries. More than a dozen major projects in oil production, construction, nuclear energy and health care halted. In 2016, the countries’ trade fell to $74 million, and exclusively involved Russian agricultural exports. The next year, however, although the assortment of goods remained virtually the same, trade almost doubled, reaching $135 million.

According to Dengov, major Russian corporations, mostly oil and gas companies such as Tatneft, are interested in returning to the Libyan market. Due to security issues, operating in the country is difficult, requiring constant interaction between Russian entrepreneurs and local Libyan authorities, including government officials, tribal chiefs and municipal leaders. It appears that on Russia’s end, these issues are most likely to be settled in part by Dengov himself.

Some other countries also appear to be changing their views of Libya. Some Western countries, UN officials and Libyans themselves expect the instability to end soon through evolving discourse. This emerging optimism is only partly driven by hopes of implementing the peace plan drawn up by UN Special Envoy Ghassan Salame.

As shown in a May 2018 report by Russia’s Valdai International Discussion Club (to which this author contributed), analysts believe the transformative period in the Middle East is over, and “current trends in political, social and economic development will determine the regional picture for the years, if not decades, to come.”

Moscow believes that even before political conflicts are resolved, all parties have an opportunity to revive their economic relations with Middle Eastern countries, including first and foremost through economic reconstruction in Syria and regular trade with Libya.

The main problem here is that reviving economic relations calls for adapting to the current situation. And if adaptation turns to complacency and the situation grows stagnant, paradoxically, it can impede conflict resolution and political normalization. Such danger exists now in Libya.

Today, there are at least three main potential approaches to settling the conflict. The first is the aforementioned UN plan, which involves organizing a National Conference this summer, holding elections later this year or in early 2019 and adopting a constitution — most likely after the election.

The second approach is what Egypt proposes: consolidating Libya’s military groups as a first measure preceding the country’s political unification.

Obviously, all three visions complement one another. But skeptics ask: What happens if none of the proposals works?

After all, grass-roots consolidation is time consuming, considering Libya’s vast experience with failed elections and broken agreements. So is unifying the military, a process that constantly turns out to be dependent on politics and unable to break any deadlock.

In this situation, maintaining a balance between the country’s demands for economic development and the need to preserve Libya’s national interests is crucial. It’s also important to note that while such reconstruction is a positive idea, it can’t be easily implemented in a number of areas, including the financial system, education, health care and food security.

Here, Russia sees a role for itself, particularly in education and health care.

When Moammar Gadhafi led Libya, Russian companies signed an agreement with the government to create an integrated system of telemedicine: using telecommunications to remotely diagnose illness and prescribe treatment. Currently, this project is likely to be restarted, as the necessary international laws were created in recent years and Russian specialists have received important experience by working in politically unstable regions.

As for education, Russia’s government declared last year that it aims to have 710,000 foreign students from various countries enrolled in Russian universities by 2025, compared with 220,000 in 2017, and foreign students taking Russian online courses “should grow from 1.1 million to 3.5 million.” Moscow will invite Libyan students to Russia and, depending on the security situation, might open university branches in Libya. Russia also is developing large-scale remote education programs to implement in both countries’ schools.

Moscow believes cooperation in health care and education can allow Russia to promote its long-term interests in North Africa. This would also help Libyan leaders address the challenges of reintegrating their country internationally, which in the long run is likely to become an important tool for building peace.