Iran is moving to address water usage by its industry, but such measures won't be effective unless use of water in agriculture is tackled too. 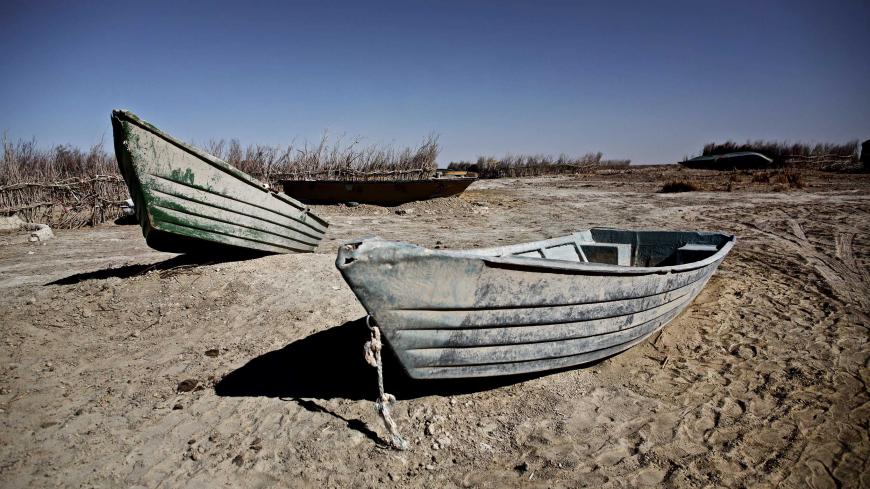 Iran has long been faced with a wide range of environmental challenges. These include everything from drought leading to soil erosion and sandstorms to water shortages and air pollution in major cities. However, it has only been in recent years that officials and experts alike have publicly called for genuine measures to slow down the damage to the environment.

This spring, Reza Ardakanian, Iran’s energy minister, announced that the current Iranian year (which began March 21) would be the driest in the past 50 years. The reduction of rainfall in the country has been so significant that officials have repeatedly spoken of the possibility of water shortages in some parts of the country during the summer if consumption is not managed properly. Indeed, despite the recent rainfalls across Iran, official figures indicate that the rainfall in the current water-year is 41% lower than the previous Iranian year, and 59% lower than the average over the past 49 years.

With some describing the water shortage as Iran’s crisis of the century, the head of Iran’s Department of Environment, Isa Kalantari, on April 10 called for a ban on the issuance of operating licenses to large and water-consuming industries in dry and semi-dry regions, and also a prompt revision of current regulations in this regard.

Many environmental experts and officials have been calling for years for the relocation of water-consuming industries from dry regions to coastal areas. "Territorial planning indicates that water- and energy-consuming and export-oriented industries must be created along the coasts," Seyed Hamid Pourmohammadi, the economic deputy of the Budget and Planning Organization of Iran, was quoted as saying by local media in March.

While many high water-consuming industries such as steel, ceramics, aluminum, food, refineries and petrochemicals have been built in dry and semi-dry regions over the decades, official figures from the Energy Ministry indicate that only 2% of Iran's water is consumed by industry.

Kaveh Madani, a former deputy head of the Department of Environment, said the country is "water bankrupt." He told Al-monitor, "You can't relocate the ecosystem. Relocating people from urban areas is also very hard. So the available options are either to change the crop pattern in different locations according to water availability or to relocate the industrial infrastructure to coastal areas."

The Ministry of Industry, Mining and Trade provides information on what industries use the most water in Iran, although the latest data the ministry has to offer is six years old, covering the Iranian year 1390 (March 21, 2011-March 19, 2012). In that year, raw material production and chemical products accounted for 40% of industrial water consumption, followed by the food industry at 18% and the steel industry at 12.8%.

Although Kalantari's latest directive can be considered as a needed measure to halt further degradation of the country's overall water situation, official figures show that agriculture accounts for 92% of Iran's water consumption.

An Iranian water specialist and university professor who spoke to Al-Monitor on condition of anonymity said, "Agriculture is the single largest consumer of water in the country with the least amount of direct job creation and contribution to GDP."

He added, "Some 32% of Iran’s labor force is working in the industrial sector, which has over a 34% share of our GDP, while the services sector has a share of 50.4% in job creation and nearly 56% share of contribution to GDP. With these figures in place, one should ask why our first priority is not to decrease water consumption in agriculture?"

Abdollah Hatamian, a member of the Agriculture, Water and Natural Resource Commission of Iran's parliament, was on April 21 quoted by ICANA news agency as saying, "We're in the red zone in terms of water usage. In many provinces, we must stop farming and replace it [farming] with industry."

While there are those who believe that any attempt to change the current crop pattern will put the country's food security at risk, experts such as Madani believe more food can be produced in Iran with less water consumption and fewer people working in the sector.

"As a solution for the current situation, Iran should first cut its consumption and demand. This can be done through investment in industry and service sectors, which would result in reduction of our economic dependency on water availability," Madani said.

He added, "Our industry is very wasteful and inefficient in terms of water use. For minimum cost, you have to invest in recycling and re-use of water. In recent years, we've seen that the factories have been forced to change their water use as they realized that water sources are limited."

There are also experts who believe that mismanagement is the main cause of the water shortage in the country. Tooraj Fathi, an expert on water resources and the environment, has criticized the government and its measures, telling Eskan News on March 21 that "instead of modernizing the irrigation systems in regions with a high water stress level, they are seeking methods to bring water [to drought-hit areas] from other regions."

With job creation and food security among the top challenges of the Iranian government, it remains to be seen if the latest directive by the Department of Environment chief will be executed. For instance, there are already regulations issued by Iran's High Council of Water that prohibit the supplying of water to high water-consuming industries in dry regions. If not, the cost may be not merely loss of food security and jobs, but also environmental damage.