Iranian officials have rejected the idea of pulling forces from Syria. 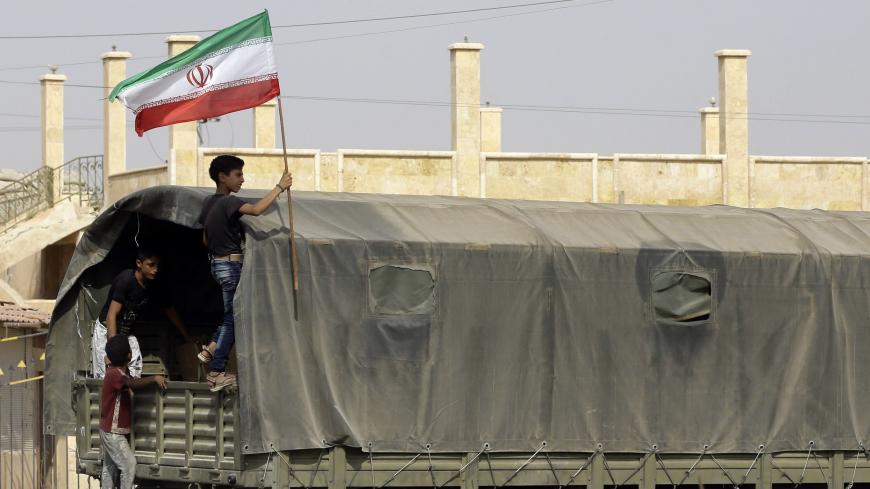 On May 22, one day after US Secretary of State Mike Pompeo presented 12 demands for Iran that would result in a top-down change of the Islamic Republic or potentially be a starting point to potential war, Iranian media and officials responded harshly to the list of demands. One particular US demand, that Iran withdraw all of its forces “from the entirety of Syria,” has caused a number of reactions, particularly since the same sentiment was echoed by Iran’s ally Russia just days prior.

On May 17, in a meeting with Syrian President Bashar al-Assad, Russian President Vladimir Putin said that with “significant victories and successes” of the Syrian army, “foreign armed forces will be withdrawn.” Alexander Lavrentiev, Putin’s envoy to Syria, clarified that Putin meant not just the United States and Turkey should withdraw their forces from Syria, but also Iran and Hezbollah. Kremlin spokesman Dmitry Peskov later added that Putin’s comments were only aimed at forces that were in Syria “illegally.” Entekhab website, which covered Peskov’s comments, asked whether Russia was “retreating from its previous position regarding the withdrawal of Iranian forces?”

Regardless of the clarifications and interpretations by Russian officials of Putin’s comments, Iranian officials have rejected the idea of being told to withdraw forces by any outside power, whether it be the United States or Russia.

During a speech commemorating the 1980s liberation of Khoramshahr from Iraqi troops, Iranian Chief of Staff of the Armed Forces Mohammad Bagheri indirectly addressed the latest controversy regarding an Iranian troop withdrawal from Syria and also Pompeo’s demand that Iran “end its proliferation” of ballistic missiles. “Today, …from the perspective of defensive strength and military and combat preparedness, our armed forces are at their peak and are not awaiting the permission or smiles from any power,” Bagheri said.

Iran’s Foreign Ministry spokesman Bahram Ghassemi was much more direct regarding the withdrawal of troops from Syria. “As long as it is necessary and the threat of terrorism remains in Syria and the government of Syria wants it, Iranian forces will remain in Syria,” Ghassemi said. Syrian Deputy Foreign Minister Faisal Mikdad said the issue of Iranian forces leaving Syria “is not even on the agenda of discussion.”

In a reference to Turkey and the United States, Ghassemi added, “Those who must leave are those who entered the country illegally and violated the territorial integrity of the country.”

Pompeo’s speech continued to dominate a second day of headlines in Iranian media. Kayhan newspaper, whose editor is chosen by Supreme Leader Ayatollah Ali Khamenei and which is sometimes erroneously labeled as Khamenei’s “mouthpiece,” chose as one of its top stories, “CNN: Pompeo’s speech proved Iran’s leader’s position about America.” The article quoted a CNN article in which the author stated that Pompeo demonstrated that the US objective with regard to Iran is to “cause damage” to the country, as Khamenei has previously accused.

The Reformist Shargh Daily, which has been supportive of the nuclear talks and also President Hassan Rouhani’s outreach to Western Europe and even the United States, wrote that with Pompeo’s speech and the unveiling of America’s new strategy toward Iran, “America’s deceitful diplomacy has returned to its normal past.”