As the regime gains ground in Syria, the divergence of Iranian and Russian interests there becomes more apparent. 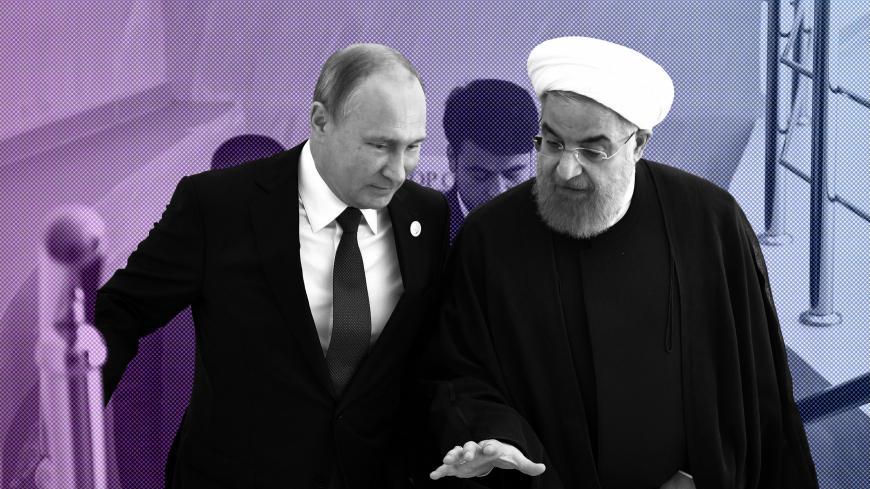 In Syria, it's increasingly clear that Iran and Russia aren't getting along the way they did in 2015 when Moscow first intervened to help keep President Bashar al-Assad in power. Back then, the situation was too chaotic and complicated for the allies of convenience to differ on existential issues, though they had several clashes of views that were reflected in the field.

From Aleppo to Homs, and from Damascus to Palmyra, the intersection of Russian and Iranian interests was far greater during Assad’s bad days than today, particularly as he’s preparing to announce his victory in the seven-year-long war once his forces secure Idlib. Now the main questions are, how do the Russians and Iranians differ in Syria, and why?

The Syrian military establishment doesn't see Iran and Russia as equals, though this is a point that many in Iran and Syria don't want to concede. The root of this dynamic lies in the relations between Damascus and Moscow since the Soviet era. Russia has trained thousands of Syrian military officers and other professionals during the reign of the Assad family, which began in 1971. Of the eight Baath Party members who determined the party's general direction prior to 2011, half spoke Russian. Besides, Russians are closer to the Syrians when it comes to lifestyle, which varies 180 degrees from that of the Iranian military. Indeed, it's quite difficult for Syrian officers, who are mostly secular, to harmonize with the Iranian military’s Islamic identity, one that also applies to Hezbollah and other groups fighting alongside Iran.

“Iranian officers are highly respected. They are good people, but it’s not easy to get along with them,” a Syrian army officer told Al-Monitor on condition of anonymity. He added, “We are different types of people. They are religious and many of us aren’t much into religion. ... On the other hand, Russia is a superpower and it has a clear vision of where the war is heading. [The Russians are] in contact with the US, Israel, Turkey, the Saudis and the Iranians themselves -- and it’s clear to us that our leadership has a strong coordination with the Russians.”

Many members of the Syrian political establishment believe that if it weren't for Assad himself, Iran’s role would probably have come into question earlier; Tehran has always insisted that Assad should remain in power. The same dynamic applies to the military pressure Israel is exerting on Syria via airstrikes to force Iran away from the border with the Israeli-occupied Golan Heights as a first step, and later, out of Syria altogether. Iran’s official stance has always been that since Tehran was invited into Syria by Damascus, it won’t leave unless asked by the Syrian government. Iran's presence in Syria has always been only at the advisory level and nothing more. In this vein, Iranian Foreign Ministry spokesman Bahram Ghassemi said Aug. 4 that Tehran will withdraw troops from Syria if the country can establish relative stability.

On Aug. 1, Russia's official TASS news agency quoted a Russian envoy as saying Iranian forces had withdrawn their heavy weapons in Syria away from the Golan frontier, even though Israel has deemed the pullback inadequate. “The Iranians withdrew and [its] Shiite formations are not there,” TASS quoted Alexander Lavrentiev, President Vladimir Putin’s special envoy to Syria, as saying. Lavrentiev said Iranian service personnel, whom he described as advisers, could be among Syrian army forces who remain closer to the Israeli border, but there is nothing "that could pose a threat to Israel" within a 50-mile zone.

Yet according to an Iranian military source who spoke with Al-Monitor on condition of anonymity, there were never any Iranian heavy weapons in the south, or indeed in any part of Syria to begin with. “Iran understands the Russian commitment to stability in the region, and Iran is also committed to it. But it was always the Syrian army that’s been attacked by Israel, and it’s the Syrian army that’s always responding and preventing the Zionists from imposing their [plans].” The source added, “There were some international attempts to convince the Syrian leadership to turn a blind eye to Israeli aggression against Syrian sovereignty, but President Assad himself made it clear that Syrian interests and not those of any other country come first in Syria. Also, he clearly refused to ask his army to avoid firing at Israeli planes and rockets. He’s not happy [regarding Israel] at all.”

It's clear there are two points of view in Syria, each aligning with either side of the pro-Assad coalition. Though it is highly unlikely that these points of view are going to clash one day, these differences are causing uncertainty inside the Assad camp and are giving Israel an advantage that could help it impose some of its conditions on the ground. Still, there are actors who seem unwilling to agree to conditions to appease Israel. On Aug. 14, Hezbollah chief Hassan Nasrallah denied reports by some media outlets that he plans to withdraw from Syria, or is at least considering a kind of redeployment. Rather, Nasrallah mocked what he described as Israeli Prime Minister Benjamin Netanyahu’s “begging campaign” to get Iran and Hezbollah out of Syria.

It remains to be seen to what extent Iran and Russia share this perception of Netanyahu. Indeed, Nasrallah voiced one key assumption that could prove to be the ultimate guiding light for Iranian and Russian policy: “Losers cannot impose conditions.”