Israel zeroes in on Iran’s Soleimani 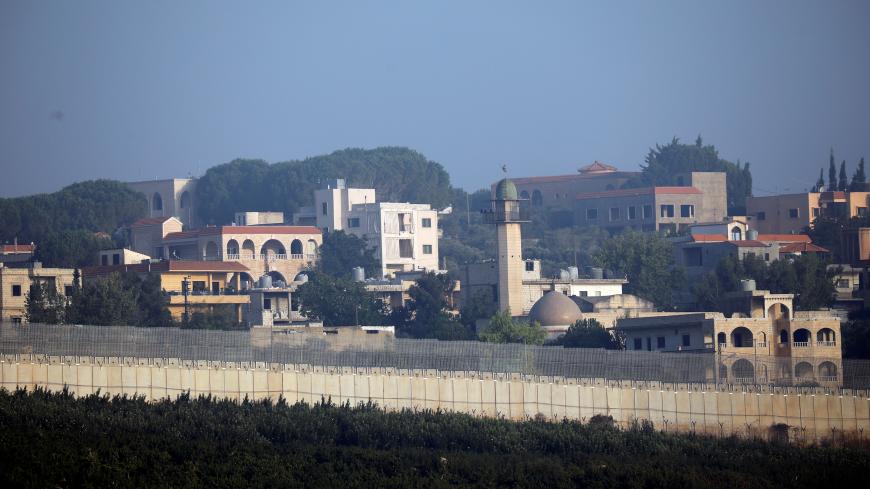 Houses on the Lebanese side of the border between Israel and Lebanon are seen from the Israel side, Aug. 26, 2019. - REUTERS/Amir Cohen

When Chief of Staff Aviv Kochavi stood in front of the cameras on Aug. 25 and announced that the attempted Iranian drone attack against Israel had been commanded and directly overseen by Quds Force Commander Qasem Soleimani, his statement had one main goal: to make an official Israeli declaration that the intensifying conflict with Iran is not a war with the Iranian people or even with the Iranian regime.

“It’s all Soleimani,” a senior Israeli security source told Al-Monitor on condition of anonymity. “Soleimani is the key person leading the fight against Israel with great determination who doesn’t get the broad hints. He must understand that Israel will chase the Quds Force and find it at any time and any place, and also monitor its capacity development and potential threat.” In other words, this is a not a national war.

Those sharp of hearing may distinguish here the scope of the Israeli dilemma in dealing with Soleimani. No one doubts that he is almost single-handedly waging the Iranian effort from the Persian Gulf to coast the Mediterranean and the Red Sea to encircle Israel and surround it with hostile Iranian agents. Israeli officials admire his determination, which continues unabated even as he receives painful, sometimes humiliating blows at Israel’s hands.

Soleimani is in a conclusively inferior position against Israel on several fronts: intelligence, where Israel is light years ahead of its enemies; technology, where Israel is also far ahead of Iran and Hezbollah; and air power, in which the Israeli air force still enjoys decisive superiority over its opponents.

The only commonality for Soleimani and Israeli is their determination. Israel knows that Soleimani’s determination comes from a religious, even messianic source. He has no personal judgement on the issue. He’s the Shiite emissary to destroy Israel and this messianic command is driving him to continue to push forward even when the oars break or the sea ends.

Here’s a summary of the first day of the present week of the Soleimani-Israeli war: On Sunday night, the Israeli air force destroyed three sites in the village of Akraba in Syria, from which an exploding drone attack was planned against Israeli targets in the Golan Heights. On that same night, two drones exploded over the Dahiya quarter of Beirut, one of them carrying explosives that blew up on site. A furious Hezbollah Secretary General Hassan Nasrallah gave a warlike speech the next evening. A half hour before Nasrallah spoke, Israel released an incriminating video taken Aug. 22 of Hezbollah militants in the Golan Heights trying to launch the exploding drones. It turned out that the IDF had quietly thwarted that attack as well 48 hours earlier. Two Hezbollah fighters from Shiite villages in southern Lebanon where killed.

While Nasrallah was speaking, Iran’s ally in the Gaza Strip, Islamic Jihad, launched a barrage of rockets at the Israeli southern town of Sderot during a summer festival, frightening thousands of Israelis in attendance. While all this was happening, a mysterious air force bombed a Shiite militia convoy that crossed the border between Iraq and Syria, headed toward Damascus. It seems that nine Shiites whose salaries were paid by Iran were killed, including a relatively senior commander.

The IDF reinforced its presence at the northern border. Nasrallah announced that the rules of the game had changed and suggested that the IDF be on the alert for a Hezbollah revenge attack. The sun set on an exhausting, volatile and ominous day. And it was all just Soleimani’s dress rehearsal.

The wedge between Soleimani and the pragmatic stream in Tehran has long been there but now it seems that the battle has been decided. Soleimani gained almost total control and he has the complete backing of the supreme leader. Now Israel is testing the wedge between him and his two collaborators: Nasrallah and Syrian President Bashar al-Assad.

Nasrallah’s story is complicated. Did he know about the drones and the planned attack against Israel? And what were Nasrallah’s militants doing in Akraba?

The answer to the latter is that Hezbollah operatives are still battling the Islamic State. Nasrallah sacrifices his people who were born in southern Lebanon for the sake of people from Tehran. He knows that Israel knows that the base in Akraba was Iranian, not Hezbollah’s. He knows that he won’t be able to hide behind other organizations and fictive activities. Israel knows exactly what’s happening, where and at whose command. Nasrallah is now serving Soleimani and could pay the price in the future. He must decide whether to defend Lebanon or serve Iran.

Israel took responsibility for the two operations in Syria against the terrorists planning the drone attack. Regarding the attack on the Iraqi border and the mysterious incident in which two drones blew up over Nasrallah’s head in Dahiya, Israel is keeping quiet. There are conspiracy theories according to which Israel managed to control the Iranian attack drones and turned them remotely on Nasrallah's stronghold. Israel supposedly has the necessary technology to carry out such an operation. The drones that blew up, according to reports in the Lebanese press, were produced in Iran. The evidence is circumstantial, but the truth will almost certainly be revealed.

In any case, even if Israel was involved in this action, it was clearly intended to cause psychological rather than physical damage. The message for Nasrallah is simple: Even Dahiya isn’t safe for you. Israel understands the potential price of attacking Lebanon, but won’t hesitate to defend its security interests.

Now for Assad. In this case as well, Israel intends to sharpen its message and increase the pressure. Assad tried to keep low profile on this day, a senior Israeli security official told Al-Monitor, but it won’t help him. The source said that Assad as well as the Russians and the Americans must understand that there won’t be quiet in Syria, nor an arrangement or rehabilitation, as long as it’s used as a proxy base for Iran, whatever the cost. We’ll find the organizations and also the state allowing them to operate. The Russian promises to distance the militias at least 80 kilometers (50 miles) from the Israeli border have turned out to be empty. Israel will have to do it itself.

While Israel awaits the military response that Nasrallah promised from Hezbollah, the real trouble is coming from the mouth of American President Donald Trump. Reports of a possible meeting between Trump and Iranian President Hassan Rouhani plus Trump’s conciliatory and unrealistic statements (“Iran is not the same country”) threaten trouble for Prime Minister Benjamin Netanyahu and signal that the worst-case scenario could be closer than ever: Trump will abandon the pressure on Iran, meet with its president, fall in love with him in the North Korean fashion and lose interest in the fight against the ayatollahs. If so, Israel will find itself alone once again.