Is Hezbollah Losing Its Grip?

The drone sent by Hezbollah to Israel must be interpreted as an outcry for survival by its leader, Hassan Nasrallah, writes Shlomi Eldar. 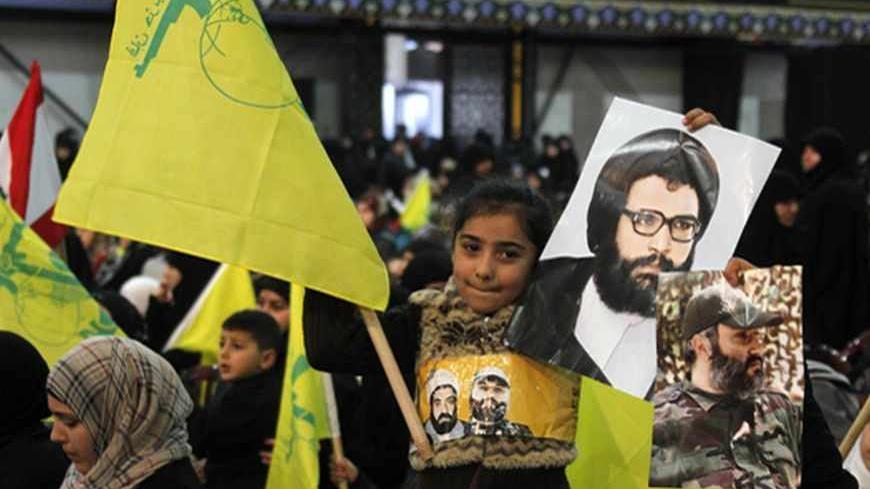 A child waves a Hezbollah flag as she holds pictures of martyrs as Hezbollah leader Hassan Nasrallah addresses his supporters during a rally to commemorate Martyrs' Day in Beirut, Feb. 16, 2013. - REUTERS/Sharif Karim

Allow me to let you in on a little suspicion I've had for quite some time now. Given Hezbollah leader Hassan Nasrallah's well-known propensity for macho bombast, I am going to go out on a limb and suggest that he is overcompensating for some deep sense of insecurity. That’s the only plausible explanation as to why he gave the order this week to send another drone toward Israel. The pilotless aircraft was inevitably shot down 8 km (5 miles) before it reached the Israeli coastline.

This wasn’t the first time something like this happened. Half a year ago [Oct. 6, 2012] a Hezbollah drone launched from Lebanon was shot down south of Hebron by an Israeli F-16. Hezbollah nevertheless celebrated this supposed advance in technology and intelligence. So did Iran. They even claimed that the drone managed to take aerial photographs of key strategic sites in Israel, including the Dimona nuclear reactor, before it was shot down.

The “sensitive information” that the drone provided could have been obtained at least as easily by perusing Google Earth. The quality of the photos would have been better, too. But instead, Nasrallah decided to show off his miniature aircraft sans pilot as a counterbalance to Israeli airpower. While Nasrallah may want to prove that he is still a major player in the region, no drone penetrating Israeli airspace can erase the writing on the wall. He and his organization have never faced a bigger crisis.

Yes, I am fully aware that Israel also uses drones, which pay regular visits to Lebanese airspace. But Hezbollah is hardly the Lebanese government, at least not yet. It is a terrorist organization whose armed members are participating in the war crimes being committed in Syria. Nasrallah’s troops are attempting to use their guns to keep Syrian President Bashar al-Assad’s bloody regime in power, by force if necessary. That is because Nasrallah knows that the fall of Assad’s regime will mark the end of Hezbollah in Syria. From that day on it won’t be long before Hezbollah is finally spurned by Lebanon and tossed out ignominiously.

What can Hezbollah do about it? How can they get out of this conundrum and evade that “slippery slope,” which can be seen so clearly from the heights of Mount Lebanon? They can launch drones against Israel. It is obvious that their drones will be shot down, just like previous drones were shot down by the larger, more sophisticated aircraft of the Israeli Air Force. But what ultimately counts is the message.

After the 2006 Lebanon War, in response to the destruction that Israeli jets rained down on Beirut in general and the Dahia quarter where he is based in particular, Nasrallah gave an interview to Lebanon’s New TV. In it, he admitted, “If I would have known that the abduction of two IDF soldiers on July 12 [2006] would have resulted in such a fierce Israeli response, Hezbollah would never have done it.” He later added that not a single member of his movement’s leadership even gave the abduction a 1% chance of causing a war of that scope. He went so far as to call the Israeli response something that has never happened before in the history of warfare.

It was hard to believe Nasrallah’s confession which, by the way, was rather unusual in that it was not made on Hezbollah’s own Al-Manar network, but on Lebanese TV proper, whose viewers certainly do not constitute hard-core Shiites in Lebanon. Nasrallah showed contrition and apologized in an effort to turn away some of the harsh criticism he faced. He was the one who played with fire, and people blamed him for the massive destruction that Beirut suffered as a result. Worst of all, Nasrallah presented the Lebanese government as a puppet regime with no real influence or control in the country.

It is also worth remembering that immediately after that devastating war, Nasrallah still tried to claim that even with Israel redeployed along the international border, he — that is, Nasrallah himself, and not Lebanon — still had an unresolved argument with the Israelis over the Alawite village of Ghajar, which lies between Lebanon and Syrian territory in the Golan Heights. He did that to justify Hezbollah’s continued existence as a military organization, even after it was asked to give up its arms.

What’s next for Nasrallah? Six years after he made his confession, he is still playing with fire. What is he actually trying to prove? That Iran has been giving him drones? Everybody knows that. Apparently, this is little more than an attempt to evoke sympathy and support from the Arab world in general and the Lebanese public in particular. He wants to prove that even though he has thrown his support behind Assad’s wobbly regime, Hezbollah has never once forgotten its jihad against Israel. At the same time, if possible, he would also like to draw media attention to an attractive new target: Israel’s natural-gas fields along the Mediterranean coast.

But the real objective isn’t gas, and it isn’t jihad either. Nasrallah is busy fighting another war, this one for his very survival. The real reason he whipped out his drone and is waving it in front of everybody is that this is an effective distraction. On the other hand, what he should realize is that the chances of this having devastating consequences are considerably higher than one lowly percentage point.