Iran to US: Worry about your own domestic problems

Iranian officials have criticized US Secretary of Defense James Mattis for accusing Iran of causing instability in the region and saying regime change in Tehran will have to precede renewed ties with the United States. 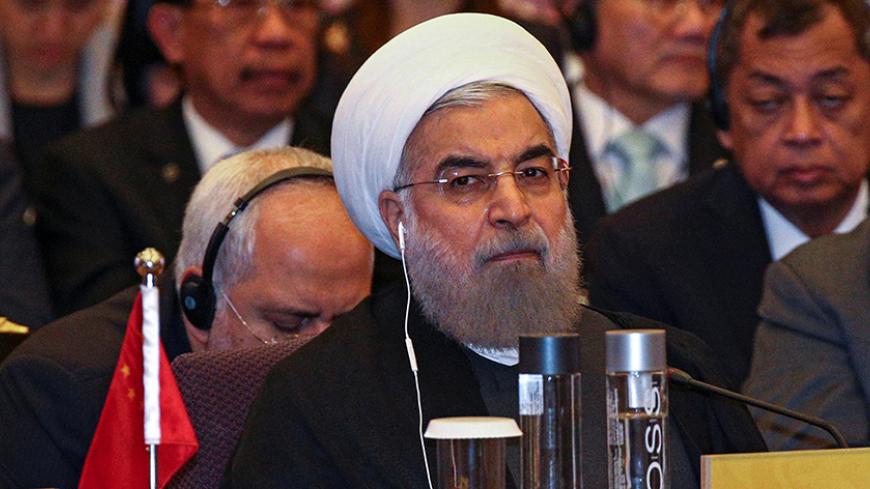 Iranian officials have condemned US Secretary of Defense James Mattis for calling for regime change in Iran. During an interview with a high school newspaper, Mattis said US relations with Tehran will have to wait “until the Iranian people can get rid of this theocracy.” He also referred to Iran as “the most destabilizing influence in the Middle East.” The interview, published June 20, went viral July 10 and was picked up by a number of English-language media outlets.

Iranian officials responded on July 11. “Instead of making decisions for other countries, the secretary of defense and the American ruling party better think about their own domestic issues and review the causes of the collapse of its administration in the not too distant future,” said Iran’s Defense Minister Hossein Dehghan. He added that Mattis’ comments “ignore the strengths of other countries and feign not knowing the historical reality of the consequences of such comments.”

Iran’s Foreign Ministry spokesman Bahram Ghassemi also condemned Mattis’ comments, saying, “Terrorism and extremism in the region and the world have roots in America’s ill-considered policies.” He rejected Mattis’ accusation that Iran supports terrorism and said that the people of the region will not forget the bombings of Fallujah and massacre in Haditha. Ghassemi also criticized Mattis for saying that Iran’s government is unpopular among its own population, saying that Iran’s recent presidential election saw a turnout above 70% while the United States' regional allies do not enjoy anything close to democracy.

Iran’s former ambassador to Ukraine and Egypt, Akbar Ghassemi, commented about Mattis' words in an article for IR Diplomacy. Ghassemi wrote that given his two decades of experience, especially with respect to Iraq and Afghanistan, Mattis’ statements carry much more weight in the US administration, especially in comparison to someone like Secretary of State Rex Tillerson. Ghassemi wrote that the majority of Mattis’ comments are designed to impact public opinion against Iran.

The suggestion of regime change is not the first by a Donald Trump administration official. In June, Tillerson stated that the United States would support those wanting to bring about regime change in Iran.

Regardless of the political rhetoric about regime change, the comprehensive nuclear deal between Iran and six world powers is still an ongoing issue in Iran. European Union diplomatic chief Federica Mogherini met with Russian Foreign Minister Sergey Lavrov in Moscow July 11. In regard to the US decision to review whether to continue abiding by the deal and removing sanctions on Iran, Mogherini said that the international agreement was endorsed by the United Nations.

“The nuclear deal does not belong to one country,” she said. In a July 11 interview with Tasnim News Agency, Russia’s Deputy Foreign Minister Sergei Ryabkov accused the United States of not only not abiding by the terms of the nuclear deal but acting in contradiction to its requirements.