The muted responses to the US withdrawal from the Iran deal among smaller Gulf Cooperation Council member states reflect careful policies designed to balance ties with Iran and Saudi Arabia. 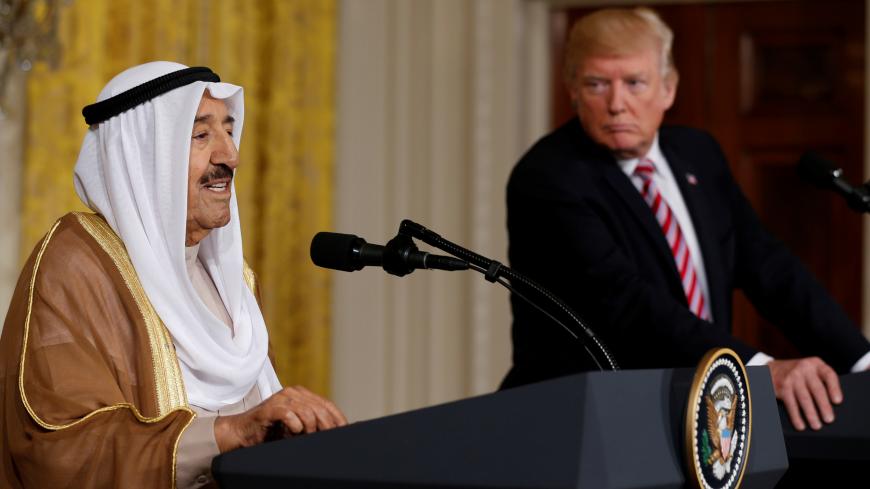 Kuwait's Emir Sabah al-Ahmad al-Jaber al-Sabah (L) and US President Donald Trump hold a news conference after their meetings at the White House in Washington, US, Sept. 7, 2017. - REUTERS/Jonathan Ernst 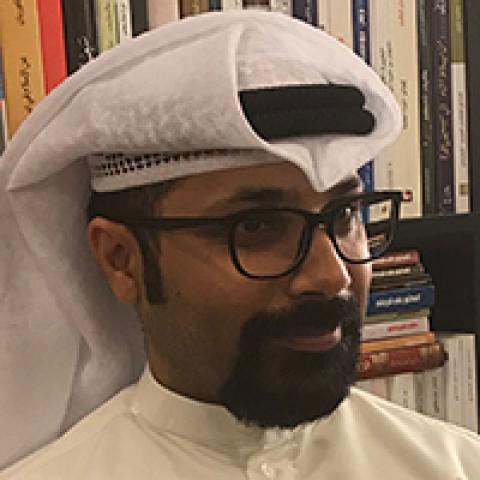 Reactions to US President Donald Trump’s decision to withdraw from the Joint Comprehensive Plan of Action (JCPOA) have varied around the world, including in the Gulf Cooperation Council (GCC). While Saudi Arabia, the United Arab Emirates and Bahrain have strongly backed the US move, other Gulf states have been cautious and declined to adopt a clear stance on the matter. For instance, Kuwait has not echoed the Saudi position and rather announced its understanding of the US decision to withdraw from the deal. The Kuwaiti position on the JCPOA is significant considering its close relationship with Saudi Arabia on the one hand, and its alliance with the United States on the other.

Since gaining independence from Britain in 1961, Kuwait has used different tools to secure its existence. First and foremost, it has relied on international powers for its protection, a trend that became critical after its liberation from Iraq in 1991. In addition, Kuwait has sought to protect itself by balancing its relationships with its neighbors — with the notable exception of the 1980-88 Iran-Iraq War, when it sided with Iraq. Kuwait has further relied on mediation as a tool of its foreign policy. This tool is not new, but rather boosted in recent years as Kuwait has mediated to end the ongoing war in Yemen. The eruption in 2017 of the crisis between Saudi Arabia, the UAE and Bahrain on the one hand and Qatar on the other has further strengthened Kuwait’s role as a mediator. Kuwait benefits from this position because it shows the importance of the country both regionally and globally. While its efforts do not always succeed, the regional and international recognition of its mediator role is critical for its security. Hence, it is important for Kuwait to balance its relationships with Saudi Arabia and Iran — the main rivals in the region — to gain the trust necessary to pursue its mediating efforts. As such, its reaction to the US withdrawal from the JCPOA should be seen as part of this balancing strategy.

Both Saudi Arabia and Iran harbor desires to dominate the region — and both of these desires concern Kuwait. Iran wanted to export its Islamic Revolution in the 1980s, and there are voices in the Islamic Republic who are still committed to that cause. In addition, Iran’s influence in Iraq, Syria and Lebanon is not welcomed by the Kuwaitis. Moreover, Tehran’s reported interference in Kuwait — as seen in announcements of the discovery of alleged cells associated with the Islamic Revolutionary Guard Corps — is seen as a threat. At the same time, despite the close relationship between Kuwait and Saudi Arabia, there is a belief among some in Kuwait that the country would have been next in line had the Saudis succeeded in their efforts to coerce Qatar last year.

It is important to understand that Kuwait’s foreign policy differs from that of Qatar in many aspects. Kuwait has not been behind or even supportive of the revolutions in years past in the Arab world. In fact, the emir of Kuwait criticized the latter at the Arab League summit in Jordan last year, stating that “the so-called Arab Spring is an illusion that has weakened the security of our brothers and suspended development.” Moreover, unlike Qatar, Kuwait does not have a news channel that supports change in the region or attacks Saudi Arabia. Also, unlike Qatar’s young emir, the emir of Kuwait and the Saudi monarch belong to the same generation of rulers and enjoy close personal ties. However, these differences between Kuwait and Qatar do not mean that what happened to the latter will never occur to the former. There are a series of factors that might encourage the Saudis to act against Kuwait.

First, unlike the situation in most of the GCC countries, the Muslim Brotherhood exists and is active in political life in Kuwait. The group is not considered a terrorist organization in the country, and is represented by three members of parliament in the current Kuwaiti parliament. Second, despite its concerns about Iranian ambitions, Kuwait has a relatively good relationship with the Islamic Republic. This was displayed in how it opted against fully cutting ties with Tehran when Riyadh and Manama did so in the aftermath of the storming of Saudi diplomatic facilities by Iranian protesters in 2016. The protests had been triggered by Saudi Arabia’s execution of dissident Shiite cleric Nimr al-Nimr. As such, Kuwaiti policy toward Iran is guided by a wish to preserve bilateral ties, mindful of the Qatari experience and especially Tehran’s support for Doha over the past year. In this equation, Kuwait’s choice not to endorse US, Saudi and Emirati positions on the JCPOA is an important step in the maintenance of its ties with the Islamic Republic.

When the nuclear deal was signed in 2015, the Kuwaiti government supported it — despite Saudi suspicions — because of its importance for regional peace and stability. In this vein, Kuwait’s position on the US withdrawal from the JCPOA is also likely driven by a desire to avoid a new war in the region. The Kuwaiti calculation is mindful that outside pressure on Iran may compel the Islamic Republic to pursue a hawkish strategy in its relationships with Western states and their Arab allies. This might in turn trigger a new war that may harm the security of especially smaller states in the region. Indeed, a war between Iran and the United States would put Kuwait in a particularly vulnerable position because of its alliance with the United States.

Kuwait also opposes steps it perceives as threatening regional peace and stability, as it could negatively impact its plans for the future. The "New Kuwait" plan envisages the reaching of a series of ambitious aims by 2035, and is linked to the "Silk City" project and an endeavor to develop Kuwaiti islands. The aim of these endeavors is to attract international investments and to economically connect Kuwait to its neighbors, including Iran. Another war in the region will definitely disturb these plans.

Kuwait’s support for the JCPOA when it was signed and its current choice not to endorse the US withdrawal from the accord does not mean that it supports Iran’s regional policies. In this vein, Kuwait’s divergence from Saudi Arabia on the JCPOA also does not mean that it has a negative relationship with Riyadh. Indeed, Kuwait has shown the Saudis its commitment to a good relationship on many occasions. While it did not cut ties with the Islamic Republic in 2016, it did withdraw its ambassador from Iran. Moreover, Kuwait, upon a request from Riyadh, recently arrested Nawaf al-Rasheed, a Qatari citizen of Saudi origin, and deported him to Saudi Arabia. This can be seen as a sign of its commitment to a continuous positive relationship to the Saudis — despite its view on the US decision to withdraw from the nuclear deal, and despite its ties to Tehran.