Two sisters researched the history of Taybeh, where they grew up, and have published an encyclopedia on the only all-Christian village in Palestine. 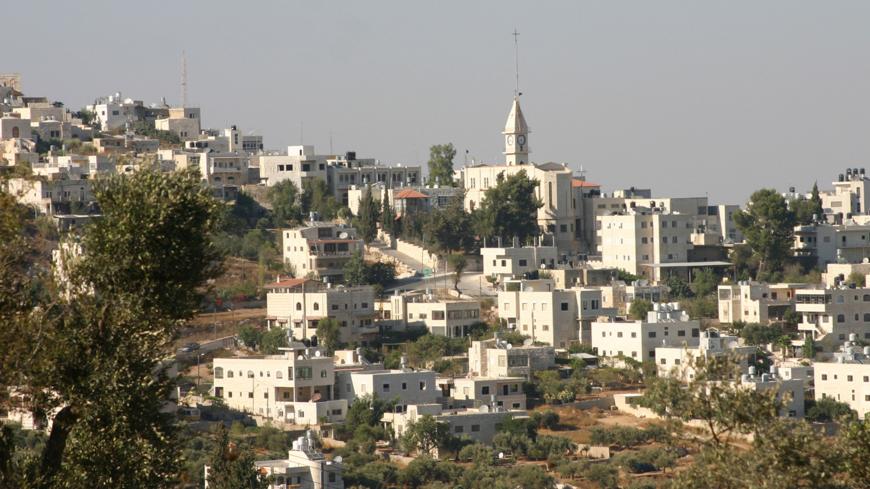 Mary George Farah Khoury, a researcher at the Modern University College in Ramallah, was surprised and disappointed at the lack of information available on the history of her village when she wrote a research paper three years ago.

Aware of the rich history of Taybeh, known as the last all-Christian village with Caananite roots in Palestine, Farah and her sister Nusra worked to compile a comprehensive database on the history of their village using local and international sources and interviewing villagers. The database grew into an encyclopedia on the history of the village that was published in January.

The village of 3,000, located 12 kilometers (7.5 miles) northeast of Ramallah, is indeed the only village solely inhabited by Christians. It's known for both its history that dates back 4,000 years and its Oktoberfest, which attracts tourists who come to enjoy the local Taybeh beer.

“Landmarks of History and Civilization in Taybeh” narrates the region’s political and economic history along with the history of its agriculture, education and arts as well as the influential figures in the region.

The sisters hope that the encyclopedia will inspire those in nearby villages to dig into their own history and ensure that the rich heritage of the region is not forgotten.

While compiling the information, Farah and Nusra built on existing information on the village with field research and interviews with families and documents such as municipal and church records, school registries and private and public libraries.

The 500-page encyclopedia is written in Arabic and English. The two sisters, who paid for its production out of their own pockets, printed 100 copies that they have distributed to schools, libraries, churches and other institutions in the village. Farah said that more can be printed, adding, “We do not seek financial remuneration or profits out of this. We want each family in the village to have a copy of the encyclopedia and to keep it as a reference.”

Its cover bears a picture of Khodr Church, the oldest and most important church in the village. The Byzantine church built in the fifth century is one of the oldest in the Palestinian territories and a key archaeological landmark in the village that dates back to the first Christians in Palestine.

Raed Abu Sahliya, a priest who worked in Taybeh parish for 10 years and published dozens of studies about the village in French, told Al-Monitor that the sisters have filled gaps in the documentation of the village's heritage and religious role.

He said that the village is mentioned six times in the Old Testament under the name of “Ephraim.” In the New Testament, John 11:54 reads, “Jesus no longer moved about publicly among the people of Judea. Instead he withdrew to a region near the wilderness, to a village called Ephraim, where he stayed with his disciples.”

Abu Sahliya shared a popular story about the village's name. According to the priest, the best documented story dates to the Crusades, when Saladin, the first sultan of Egypt and Syria, came to Jerusalem in the 12th century and the fighters defending a fortress in the village found out and ran away. When Saladin arrived, he entered with no resistance and the people welcomed him. He asked them about the name of the village and they said “Afra,” which means "dust." He then told them they were “good” people ("taybin" in Arabic) and that the name did not suit them. From then on, the village was called Taybeh.

Abu Sahliya stressed that the village must keep its Christian character. To keep the young residents from leaving, he has helped create jobs by encouraging the building of a home for the elderly and setting up candle and wood workshops. The village is also home to an olive press that exports high-quality olive oil, several hotels and a famous brewery.

Christian pilgrims who travel from Jerusalem to Nazareth visit the village because of its historical and religious importance. According to Abu Sahliya, an estimated 15,000 pilgrims visit Taybeh annually, a major source of income for the hotels and the village in general.