Will King Salman Avenue bring Lebanon more Saudi tourists, or does it just represent the failures of the Lebanese political system? 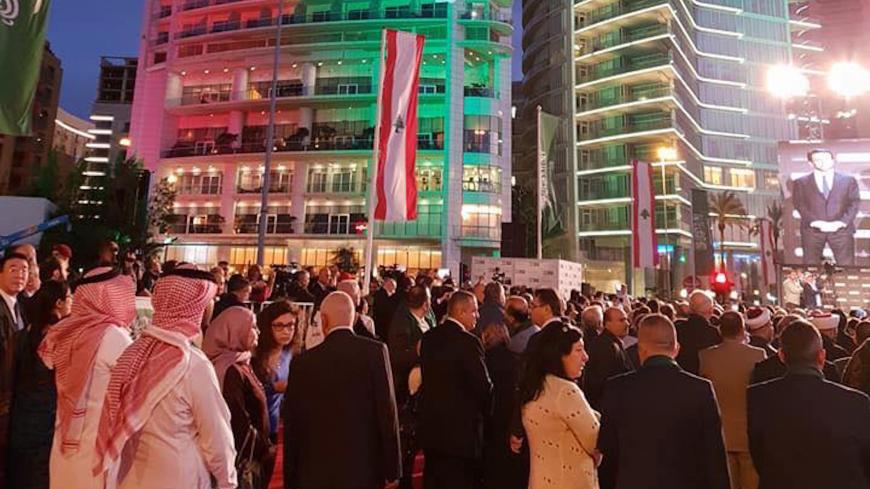 Haphazardly changing street names in any city distorts history and is an attempt to reshape its collective memory. On April 3, a nearly mile-long avenue that runs from Zaitunay Bay to Minet el-Hosn along Beirut’s spectacular Mediterranean seafront was officially renamed after Saudi King Salman bin Abdul-Aziz Al Saud.

Lebanese politicians take great pleasure in renaming streets around the country after themselves and their benefactors, and this trend has only increased with the convoluted nature of the country's confessional system after the end of the civil war. Adjacent streets in downtown Beirut were named in the past two decades after the late Saudi King Fahd, former French President Jacques Chirac and former Qatari Emir Hamad bin Khalifa Al Thani.

However, King Salman Avenue is symbolic for several reasons. It’s the only seafront in downtown Beirut that allows pedestrian public access; the rest was shamelessly sold to private resorts. It is surrounded by streets with historical significance named after Lebanese independence figure Emir Majid Erslan; Egypt's modern literary movement pioneer Ahmed Shawki; Mount Lebanon Emir Fakhredine, who was the first to shape downtown Beirut in the 17th century; and former Lebanese Prime Minister Rafiq Hariri, who was assassinated in 2005. If you stroll downtown Beirut, there is a story for each street that any taxi driver old enough will tell you in a lamenting tone.

However, there have been efforts in the past three decades to distort the Lebanese capital’s urban memory by spearheading a reconstruction project (Solidere) that included a random approach to reshaping and renaming streets. The old popular market in Bab Idriss was replaced by upper-class boutiques and restaurants that remain mostly empty, waiting to be filled with Gulf tourists. Hariri wanted Lebanon to be part of the Western promise of the 1990s, the promise that resolving the Arab-Israel conflict could lead to new dynamics in the Middle East. The Lebanese economy has been built since on the idea of becoming a regional hub for tourism and services. Hence, when Saudi tourists boycott Lebanon, the impact on the Lebanese economy is significant.

St. George Bay is at the heart of downtown Beirut, and its name was inspired by a myth about the saint said to have defeated and killed a dragon in this area. Before the civil war in 1975, the St. George Hotel was the place to go for Arab and Western elites and even for spies. The hotel barman used to report all their activities to the Lebanese security agencies. This area was also known for its prostitution life. Madam Afaf ruled Beirut by taking photos of Lebanese politicians in indecent situations to blackmail them later. Solidere has been unsuccessfully attempting to force the hotel owner to sell. This area was first renamed Zaitunay Bay and now King Salman Avenue.

The official statement by the Lebanese news agency said that renaming the avenue is meant to preserve and normalize the historic Lebanese-Saudi relations. Lebanese officials did not have a rationale for their decision to approve the Saudi request to rename a major avenue after a king who came to power only three years ago and under whose rule Riyadh led a vicious campaign against Lebanese institutions. Lebanese Prime Minister Saad Hariri said in his speech during the ceremony that Salman always cared about Lebanon. Lebanese leader Walid Jumblatt had to go back to the 1950s to find a rationale; he said it was named after Salman for his “struggle in the Saudi battalion along the Egyptian army to respond to the 1956 aggression,” referring to the Israeli-British-French attack on the Suez Canal. In October, 20 days before Hariri’s forced resignation in Saudi Arabia, a major street in Tripoli was also named after Salman.

Moreover, there are two ironies that present themselves in this narrative. First, the renaming ceremony was held in the Four Seasons Hotel, the venue that Saudi Prince Walid bin Talal once owned before he was forced to liquidate his assets during his detention in November in the Ritz Carlton hotel in Riyadh. Second, Salman’s avenue is near another avenue named after Rafiq Hariri, while the son of the former recently forced the son of the latter to announce his resignation, later rescinded, from the premiership. Indeed, after decades and decades, those who study toponomy will have to explain how a major avenue in downtown Beirut was named after a leader under whose watch the Lebanese prime minister was allegedly detained for two weeks.

While we see in countries such as Turkey and Egypt an intentional and chauvinistic attempt to reconstruct their identities by renaming streets, this effort in Lebanon is sporadic and provoked by instant political calculations. These symbolic moves reflect the fragility of the Lebanese system and its susceptibility to foreign influence. Once you land in Beirut, posters of Iranian leaders greet you on the road from the airport and you pass by avenues named after Saudi kings on the way to the hotel. The fact is, however, that locals will continue to defy the random rebranding of their streets. It will be hard to see how Lebanese, most notably Beirutis, could colloquially say, "I am going to Salman Avenue" or Chirac Street; the locals remain the ultimate keepers of their urban memory.

Riyadh has apparently decided to recommit to its traditional means of soft power in Lebanese politics by cultivating relationships with leaders through financing and political influence. Lebanese leaders are hoping that their kind gesture toward the Saudi leadership will convince Riyadh to resume funding a corrupt Lebanese government and allow Saudi tourists to visit Beirut once again, hence renewing the concept of a dependable Lebanese economy rather than a productive one.

While Riyadh is collecting name signs on streets across Lebanon, its rival Iran controls the supply route from Baghdad to Beirut and Russia owns a military base on the Mediterranean. Saudi Arabia has lost its gateway to the Levant; renaming an avenue on the Mediterranean will not change that reality.