Why Iranian-Saudi game in Lebanon is far from over

Iranian officials were quick to congratulate Michel Aoun on becoming president of Lebanon, while their Saudi rivals, not so pleased with his new position, took a little longer. 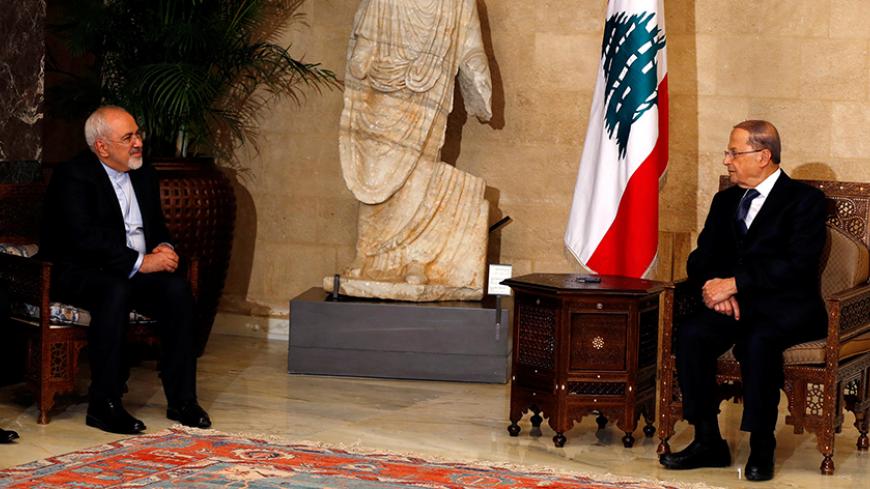 Lebanon’s long leadership vacuum came to an end on Oct. 31, after the parliament elected former general Michel Aoun as the country’s new president. The 81-year-old was appointed after he obtained the backing of the two major blocs, the March 8 coalition and the anti-Syrian March 14 coalition, led by Saad Hariri, whom Aoun tapped as prime minister on Nov. 3 to form a new government. Political infighting between the two coalitions had produced the two-and-a-half-year deadlock that left Lebanon without a head of state. Some observers view their consensus as turning Lebanon into the new focal point in the rivalry between Iran and Saudi Arabia, with Riyadh backing Hariri and his allies and Tehran supporting Hezbollah leader Hassan Nasrallah and other members of the March 8 coalition. That said, what ended Lebanon’s political stalemate, and who was the winner and loser in all this?

On Oct. 26, former Saudi diplomat Abdullah al-Shammari told Al-Monitor’s Ali Hashem, “This is an implication of the change in relations with Saudi Arabia, mainly with the new leadership that deals with Lebanon reasonably and not passionately. Maybe this is good for Hariri. It is time for him to take his decisions by himself after all these years of addiction to Saudi money and staying at his palace in Riyadh; it is time for him to gain strength and return to his popular base.”

One informed Lebanese source speaking on condition of anonymity shared more details with Al-Monitor about the behind-the-scenes dealings between Nasrallah and Hariri. He asserted, “In a recent meeting with [Saudi Deputy Crown Prince] Mohammad bin Salman, Saad Hariri clashed with the Saudi prince over the political future of Lebanon. [Mohammad] was subsequently infuriated after hearing of the agreement between Hariri and Hezbollah on Aoun’s presidency, and since then, Hariri’s ties with Saudi Arabia have become tarnished.”

The source added, “This agreement, and of course the premiership, should be seen as an opportunity for Hariri, but one should not see Saudi Arabia as a party to this arrangement.” Indeed, Hariri’s decision to back Aoun’s presidency has proven costly for him, not only with Saudi Arabia, but also among some MPs from within his March 14 coalition​ who have voiced their dissatisfaction.

In this equation, one key question is whether Iran has benefited from the new consensus in Lebanon. Not too long ago, Aoun, a military commander during the Lebanese civil war, was fiercely opposed to Syrian influence. In 1990, after being besieged by Syrian troops, he sought refuge at the French Embassy in Beirut. From there, he fled to Paris, where he remained in exile until Syrian troops left Lebanon in the aftermath of the 2005 assassination of Prime Minister Rafiq Hariri. In a twist decades later, with Aoun viewed as an ally of Iran and Hezbollah, his presidency is being seen as a victory for Damascus and Syrian President Bashar al-Assad.

Indeed, Iranian politicians were quick to welcome the election of Lebanon's new president. Only hours after Aoun became head of state, President Hassan Rouhani congratulated him during a telephone conversation. “The Islamic Republic of Iran believes that such an election, which took place following a healthy and free contest, was not the victory of a particular faction but was a manifestation of the peaceful coexistence of all various sects in Lebanon and a very sweet success for the Lebanese nation,” Rouhani said. “Iran has always emphasized that Lebanon's people are very capable of electing their country’s president if they are relieved of foreign pressure.”

Both Lebanon and Iran expressed interest in expanding bilateral ties. Iranian Foreign Minister Mohammad Javad Zarif congratulated the Lebanese people via Twitter the same day. “Congratulations to all Lebanese on election of President Aoun,” he wrote. “Stability and progress assured when Lebanese themselves decide for Lebanon.” Moreover, arriving in Beirut on Nov. 7, Zarif became the first foreign minister to meet with President Aoun.

Nosratollah Tajik, former Iranian ambassador to Jordan, told Al-Monitor, “Although Iran had no specific problems with [Aoun’s rival candidate] Suleiman Frangieh, Tehran believes that at this point in time Michel Aoun is more beneficial for Lebanon and can more easily create a balance of power.” Tajik further said, “Aoun is an 81-year-old politician who has served as commander of the Lebanese army and is very experienced in different fields. Although he was opposed to Hezbollah and Syria in the past, regional developments and the mistakes of Turkey and Saudi Arabia have made the situation today very different from that of yesterday, and he is now a Hezbollah ally.”

In contrast to Iranian officials' haste in congratulating Aoun and the people of Lebanon, Saudi Arabia appeared to need a little more time to assess the situation and decide how to deal with the change in Beirut. Indeed, only on Nov. 1 did the Saudi king pick up the phone to congratulate the new Lebanese president.

Given that Saudi Arabia appears dissatisfied with the changes on the Lebanese political scene, it would be foolish to consider the game there as over. Indeed, history demonstrates Riyadh’s sensitivity toward developments in Beirut. It is thus unlikely that the Saudis will back away, even though their financial difficulties — in part caused by the kingdom’s adventurism in the region — have now more than ever put them in a tight position.