Doha is turning to well-connected Republican operatives amid an intra-Gulf spat. 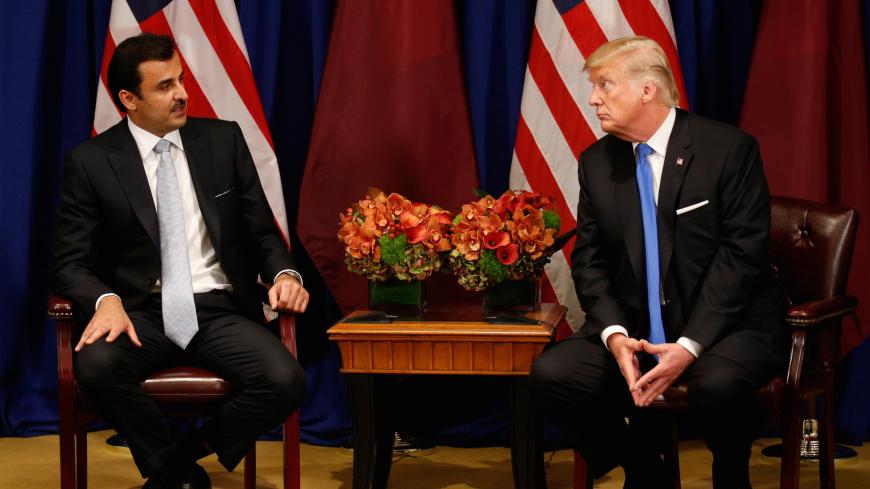 Qatar has hired a lobbyist with close ties to President Donald Trump and drummed up business in a handful of Republican states ahead of Emir Tamim bin Hamad Al Thani’s White House meeting on Tuesday.

The Qatari Embassy in Washington recently hired Ballard Partners, a Florida-based lobbying shop that worked for Trump before he became president, according to lobbying records that were made public today. And Doha also added several new Florida hires to its team of lobbyists from Mercury Public Affairs to help with federal and state issues.

In conjunction with the emir’s visit, top Qatari economic officials and business leaders are touring the East Coast promoting commercial ties in Miami, Raleigh, North Carolina, and Charleston, South Carolina, where Boeing’s Dreamliner is produced. The multipronged US tour mirrors a similar effort by Saudi Crown Prince Mohammed bin Salman, whose country is leading a 10-month-old embargo against Qatar over its support for political Islamists and close ties to Iran.

The Qataris “have been looking for business, but here in Washington what appears to be the dominant issue in the discussion would be to try to resolve this rift,” Simon Henderson, the director of the Washington Institute for Near East Policy's Gulf and Energy Policy Program, told Al-Monitor.

Trump’s 30-year relationship with lobbyist Brian Ballard has made his firm one of the most sought-after lobbying shops under the Trump administration, including for other foreign states such as Turkey. While the $175,000-per-month contract with Ballard Partners buys Qatar more clout with the Trump administration, the firm emphasizes that Doha hired it for its Florida-based advocacy.

The contract indicates that the Qatari Embassy’s economic affairs division hired Ballard to provide it with “strategic consulting and advocacy services … in connection with its business with the executive agencies of the Florida government” as well as “private entities located within” Florida. In addition to Ballard, the firm has also assigned Jose Felix Diaz, a former representative in the Florida state legislature, to the Qatar account, along with two others.

However, the contract also notes that Ballard Partners will lobby the US government on behalf of Qatar on issues including the enhancement of “US-Qatar bilateral relations” and the development of “trade, investment and business opportunities.”

The embassy also recently hired a couple of other Florida-based political operatives from Mercury Public Affairs, which has represented Doha’s interests since 2015. They include Michael Hernandez, who previously served as the director of communications for the mayor of Miami, and Danielle Marie Alvarez, the statewide coordinator for Florida Gov. Rick Scott’s 2014 re-election campaign. Alvarez, however, stopped working on the account after less than a month, according to lobbying records.

Al Thani began his trip by touching down in Florida to attend a US-Qatari Business Forum and meet with Central Command commander Gen. Joseph Votel. Votel oversees US military operations in the Middle East, including counterterrorism airstrikes that are flown out of Qatar’s al-Udeid air base.

The Trump administration hopes to restore a degree of normalcy to Qatar’s relationship with its neighbors after Saudi Arabia, the United Arab Emirates, Bahrain and Egypt instigated a monthslong blockade and embargo against the Gulf sheikhdom in June. Both Qatar and the UAE have spent millions of dollars in recent years on rival lobbying campaigns, according to a review of lobbying records by Al-Monitor.

Al Thani is scheduled to meet with Trump on Tuesday to discuss “ways to strengthen ties between the United States and Qatar to advance our common security and economic priorities,” according to a White House announcement issued last week. The US president will meet with Abu Dhabi Crown Prince Mohammed bin Zayed Al Nahyan soon after. The meetings are expected to culminate in a Gulf Cooperation Council summit in September as the Trump administration urges the parties to resolve their differences.

“I suspect there is going to be an early resolution to this crisis,” Henderson said. “I see some — a hint perhaps — of the weakening of the unity of Saudi Arabia and the Emirates on the issue, but the Emiratis remain hard-line.”

Within the administration itself, Trump’s new national security adviser, John Bolton, has previously hinted at a similarly hard line on Qatar, telling the conservative Breitbart News website that the United States should list the Qatar-backed Muslim Brotherhood as a terrorist organization. The emir’s visit marks Trump’s first meeting with a foreign leader under Bolton, who assumed his post today.

Nevertheless, Al Thani can already boast at least one concrete deliverable from his trip after the administration today announced the approval of a $300 million sale of precision-guided missiles. The sale comes after the Trump administration announced more than $3.5 billion worth of military sales to Saudi Arabia last month.