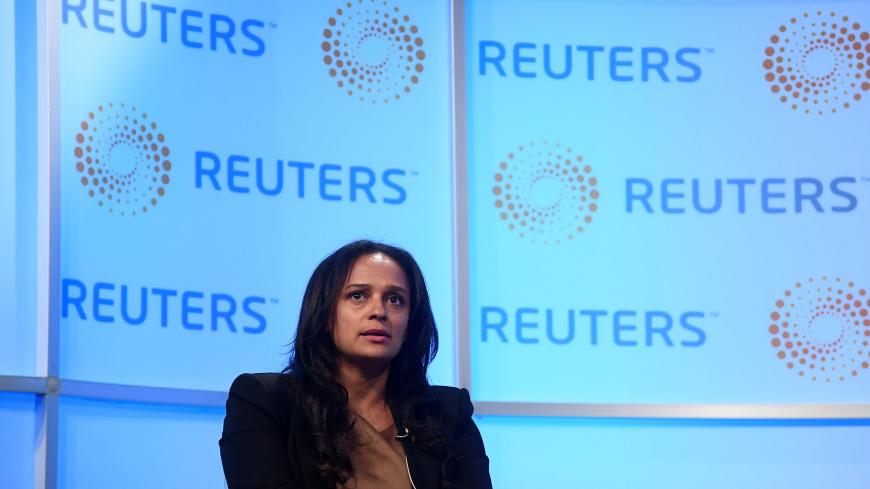 A lobbying firm that made a fortune promising Gulf Arab clients access to President Donald Trump is looking to ever more controversial work amid a dizzying turnover of customers and staff.

The Sonoran Policy Group stopped working for Kuwaiti oil magnate Saud Abdul Aziz al-Arfaj on Dec. 31, making him one of more than a dozen clients terminated since the firm took off in the wake of Trump’s election. The termination follows the end of other lucrative contracts with Saudi Arabia and Bahrain and a shift toward clients that are radioactive in Washington, as firm founder Robert Stryk seeks to keep the money flowing after making almost $14.5 million over the past three years.

Last month, Sonoran drew bipartisan condemnation after getting paid $2 million as a subcontractor to Foley and Lardner representing the government of Venezuela’s Nicolas Maduro. Foley ended the contract under pressure, but there is no indication Sonoran returned the money.

Just weeks before that, Sonoran signed two contracts worth a total of $2.2 million to represent Isabel dos Santos, Africa’s richest woman and the daughter of Angola’s former president. Dos Santos turned to the firm just one day after being contacted by journalists investigating allegations that she siphoned millions of dollars from the continent.

“It does certainly appear that [Sonoran has] a certain clientele that tends to gravitate toward them, particularly at a time of crisis,” said Jodi Vittori, a defense industry research and policy manager for Transparency International's Defense and Security program. “Clearly it seems to be on a number of country’s shortlists when they’re in significant crisis.”

Sonoran did not respond to multiple requests for comment. But public records paint a picture of a firm in turmoil.

Meanwhile, Accelerant Studios, a Sonoran contractor, sued the firm in a District of Columbia court last year, claiming nearly $200,000 in unpaid fees, including proposals to represent Egypt and the Kurdistan Regional Government, neither of which ended up signing contracts with Sonoran. Sonoran has denied the allegations.

Also, at least one of Sonoran’s former employees has not been shy about criticizing the firm.

“This is what happens when you get desperate for money,” Andrew Nehring tweeted in response to Sonoran’s $2 million payout involving Venezuela. “You take money from Maduro’s brutal regime to get him off lists he deserves/should be on.”

Even in Trump’s tumultuous Washington, Stryk’s rise from unpaid West Coast adviser for the president’s 2016 campaign to the lobbying high life has stood out.

“This is what happens when you get desperate for money,” Andrew Nehring tweeted in response to Sonoran’s $2 million payout involving Venezuela. “You take money from Maduro’s brutal regime to get him off lists he deserves/should be on.”

After an auspicious start helping connect New Zealand’s prime minister with the president-elect, Sonoran scored an improbably lucrative contract with Saudi Arabia's Interior Ministry in May 2017.

Stryk personally signed the deal with the ministry, which was then under the control of the then-crown prince, Mohammed bin Nayef, on May 5. Two months earlier rival prince Mohammed bin Salman had met with Trump at the White House, and Nayef realized that “he needed to improve his game,” Simon Henderson of the Washington Institute for Near East Policy told CNN at the time.

Six weeks later, however, a palace coup toppled bin Nayef and effectively ended the lobbying contract before it ever really began. Sonoran pocketed $5.4 million up front on May 12, 2017 and has never disclosed returning any of it in subsequent lobbying filings or in response to queries from multiple news outlets since then.

In February 2018, Sonoran signed a $500,000-a-year contract with the Embassy of Bahrain in Washington to lobby Congress and the Trump administration. Bourge met with a dozen House members and two senators until the contract ended in October 2019, with most of that activity taking place in the first year of the contract.

And in February 2019, the firm signed a $1.2 million deal to “provide promotion and counsel” to al-Arfaj regarding a disputed oil region between Kuwait and Saudi Arabia. Sonoran reported no lobbying activity — and only $600,000 in payments — before the contract was terminated at the end of last year.

The pattern of high payments for little lobbying work has continued since then. In its latest lobbying disclosure, which covers the second half of 2019, Sonoran reported $1.1 million in payments from seven clients but just two meetings with members of Congress, both on behalf of Bahrain, along with a handful of phone calls on behalf of an Albanian political party.

Despite the firm's paltry record of lobbying sitting US officials, Stryk has remained in Trump's orbit.

Stryk helped organize a visit to Bahrain by Trump lawyer Rudy Giuliani in December 2018, The New York Times reported, during which the former New York mayor sought to land a security consulting contract with Manama.

Sonoran has also reportedly been involved in helping Giuliani in his quest to win a similar contract with the Democratic Republic of the Congo through Israeli firm Mer Security and Communication Systems. Sonoran signed a $1.25 million contract with Mer in July 2018 to lobby on behalf of the Congolese government as it faced the threat of US sanctions for huamn rights abuses and corruption.

As recently as last year, Stryk was mentioned (along with former Trump Florida lobbyist Brian Ballard) as someone Giuliani associate Lev Parnas thought could help with efforts to dig up dirt on Democratic presidential candidate Joe Biden and his son Hunter Biden in Ukraine. Parnas' handwritten notes mentioning Stryk were made public by House Democrats during Trump's impeachment last month.