Russian President Vladimir Putin and Turkish President Recep Tayyip Erdogan are set to meet in Turkey, where they will be joined by Iranian President Hassan Rouhani for negotiations to end the fighting in Syria. 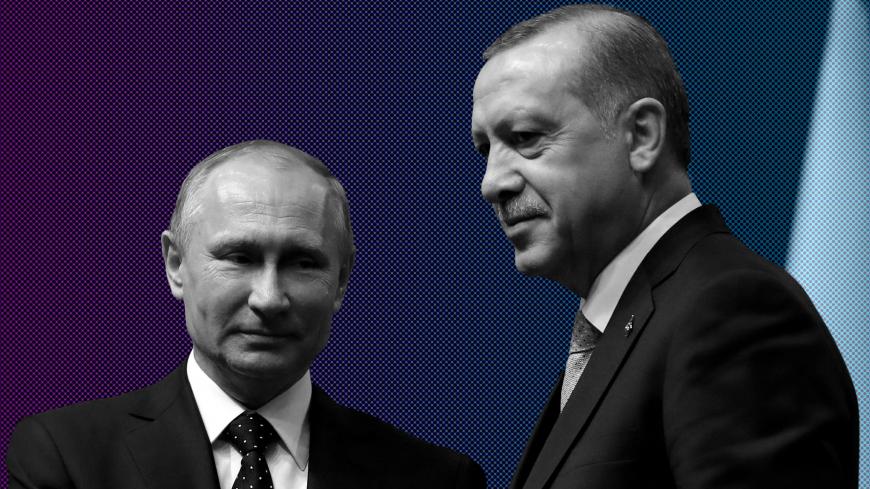 Russian President Vladimir Putin is expected to travel to Turkey Tuesday for a two-day visit that will showcase warming ties between the two historical foes.

The Russian leader joined his Turkish counterpart, Recep Tayyip Erdogan, for an Ankara ceremony to officially inaugurate Turkey’s first nuclear power plant, Akkuyu, in the southern Mediterranean province of Mersin. It is being built by Russia’s state Atomic Energy Agency, ROSATOM. A first reactor is slated for completion in 2023, marking the centennial of the modern republic founded by Mustafa Kemal Ataturk.

The pair will then hold bilateral talks. And on Wednesday they will be joined by Iranian President Hassan Rouhani in the Turkish capital, Ankara, for a further round of negotiations to end the seven-year conflict in Syria based on the so-called Astana model devised in May 2017. It calls for a de-escalation of hostilities, the deployment of peace monitors in designated zones and though it's not formally articulated, the reconsolidation of regime control over them.

So far, the regime has repeatedly violated cease-fire arrangements envisaged by Astana and called for by the United Nations, raining bombs on civilians in eastern Ghouta, one of four de-escalation zones alongside Idlib, Homs and the rebel-controlled southern region bordering Jordan.

Turkey was until 2015 the main sponsor of the opposition's push to unseat Syrian President Bashar al-Assad, pitting it against the regime’s top allies Russia and Iran. Relations with Moscow took a nosedive when Turkey shot down a Russian air force jet over the Syrian-Turkish border in November 2015. Putin’s reaction was ferocious and Turkey has since gone out of its way to placate him.

Ankara has remained uncharacteristically silent as hundreds of civilians perished in regime airstrikes on eastern Ghouta. Turkish acquiescence was secured, many say, as part of a deal that saw Russia allowing Turkish troops to launch a massive offensive against Syrian Kurdish militants in the northwestern enclave of Afrin, where it inflicted its own share of civilian casualties.

Russia controls the skies over northwestern Syria and had it not allowed Turkey to use air power against the Syrian Kurdish group known as the People’s Protection Units, it's highly questionable whether Turkish-led rebel forces could have captured the city of Afrin on March 18 with such ease. The Syrian Observatory for Human Rights, a London-based watchdog, estimated that at least 245 civilians had died as a result of the Turkish operation. The United Nations reckons that nearly 100,000 civilians were displaced from the city before it it fell.

Turkey’s Operation Olive Branch, launched on Jan. 20, has further complicated the Astana process because Iran is unhappy about Ankara’s expanding military presence in Syria. Wednesday’s talks are likely to focus on the rebels’ last remaining stronghold Idlib, where thousands of rebels and their families displaced by regime advances elsewhere have sought refuge. The province is now home to around 2.5 million people and is scene to clashes between the al-Qaeda-linked Hayat Tahrir al-Sham and the Turkish-backed Syrian Liberation Front, which includes radical Islamist groups like Ahrar al-Sham.

Russia apparently expects Turkey to use its muscle to persuade these groups to give up their fight against the regime. Ankara has every incentive to do so, because the alternative, a Ghouta-style bombing campaign, would send hundreds of thousands more civilians to the Turkish border. With popular resentment brewing against some 3.5 million Syrian refugees already in Turkey and critical municipal elections due to be held in a year, the last thing Erdogan wants is more of them. But whether Turkey can deliver is an entirely different matter.

Meanwhile, Washington has cranked up pressure on Ankara to ditch a multibillion-dollar deal to buy a Russian S-400 defense system on the grounds it would compromise NATO security. The US principal deputy assistant secretary of state for political-military affairs, Tina Kaidanow, met with Turkish officials in Ankara on Friday, warning them of likely sanctions should the deal proceed, sources familiar with the substance of the talks told Al-Monitor on strict condition of anonymity. The Turkish media, quoting Turkish lawmakers, reported that Washington was threatening to halt delivery of F-35 combat aircraft to Turkey because of its Russian plans, a claim that was later rebutted by Turkish Defense Minister Nurettin Canikli. He insisted the purchase of the S-400 system could not affect delivery of the F-35s, saying, “Deliveries will start next year. This is a commercial matter.” While it's true that the US Congress can no longer prevent the transfer of the actual planes at this point, it can block licensing for Turkish production of ancillary components for the F-35s, the sources said. There is growing speculation that Ankara may decide to walk away from the deal, as it did from a previous one to buy a Chinese missile system in 2013.

Meanwhile, Russian presidential spokesman Yury Ushakov declared today that Russia would do its best to complete delivery of the S-400 missile batteries to Turkey by 2020. The issue will come up alongside Syria, energy cooperation and the importation of Turkish tomatoes during talks between Putin and Erdogan on April 3, Ushakov told reporters in Moscow. In September, Turkey and Russia confirmed that Ankara had already made a down payment for the S-400 batteries, though neither side has revealed any figures.

Correction: April 3, 2018.  An earlier version of this story noted that Putin and Erdogan would travel to Mersin. Their program was changed.