Iranian officials say that the strikes on Syria demonstrate that armed groups are close to defeat. 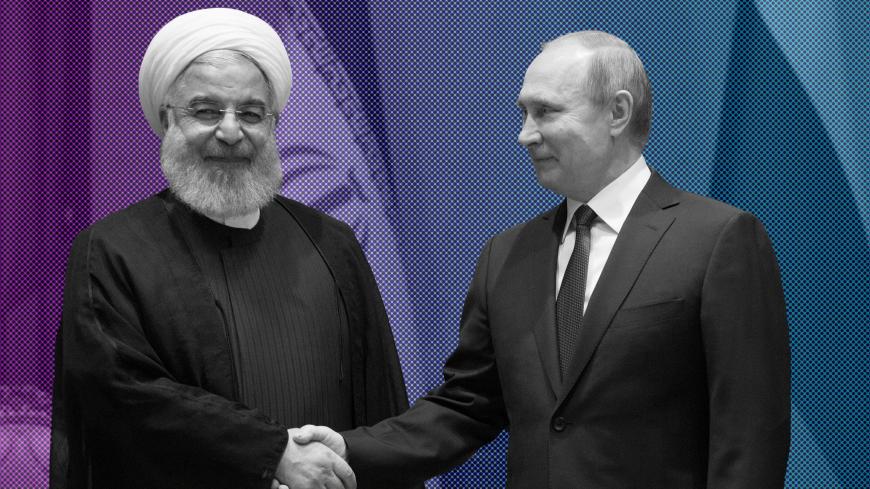 Iranian officials have condemned the latest strikes on Syria by Western powers, saying that Iran will continue to support the Syrian government and that the United States will not achieve its objectives, whatever they may be.

During a speech to Iranian officials, Supreme Leader Ayatollah Ali Khamenei called the strikes by the United States, Britain and France a “crime” and said, “Just as before, the Islamic Republic of Iran will stand next to resistance groups, and America will also certainly fail in its goals in the region. I directly say that the president of the United States, the president of France and the prime minister of Britain are criminals.”

Khamenei defended his country’s support of the Syrian government in the civil war, saying that Iran came to help “brave Syrian forces against terrorists who were supported by the United States and Westerners as well as the Saudis.” He added that the United States would continue to fail to meet objectives, saying, “Some time ago the president of the United States said that they had spent $7 trillion in Western Asia and have received nothing in return. This statement is correct and from this point on, no matter how much the United States tries and spends it will not receive anything in the region.”

According to a readout of a phone call between Iranian President Hassan Rouhani and Russian President Vladimir Putin, Rouhani called the strike a “violation of international law” that would lead to instability in the region. Rouhani said the strikes show that the United States has a “direct” relationship with terrorists in the region. “When the Americans felt that the terrorists were losing in the important region of eastern Ghouta, they decided to act,” Rouhani said.

Rouhani also told Putin, “America and its allies’ strikes on Syria show that we are facing new problems and issues in fighting against terrorism, and we must have more cooperation and consultations.”

Iranian Foreign Minister Mohammad Javad Zarif spoke with British Prime Minister Boris Johnson in regard to the strikes on Syria. Zarif said, “No country has permission to take rogue action for punitive regulations against another country outside of international laws.” Zarif also reportedly told Johnson that Iranan officials have previously said that Syrian opposition forces were in possession of chemical weapons.

Parliament Speaker Ali Larijani also condemned the latest strikes on Syria, saying that the latest round of victories of the Syrian government forced countries such as Saudi Arabia that support the Syrian opposition forces to encourage the United States to bomb government facilities. Larijani also accused the United States of trying to create a “shelter” for terrorist groups in the region.

One development to come out of the anticipation of whether or not the United States would bomb Syria is the reported agreement between Iran and Russia that would allow Russian heavy bombers deployment at Hamedan air base, likely to be used in operations inside Syria. The agreement, which was reported by Iranian journalists, is believed to have been a result of the negotiations between a representative of Putin and Ali Shamkhani, the secretary of Iran’s Supreme National Security Council.