The departure of Iranian scientist Kaveh Madani has served as a reminder that certain organizations in Iran will continue to counter Rouhani’s policies of reversing Iran’s brain drain. 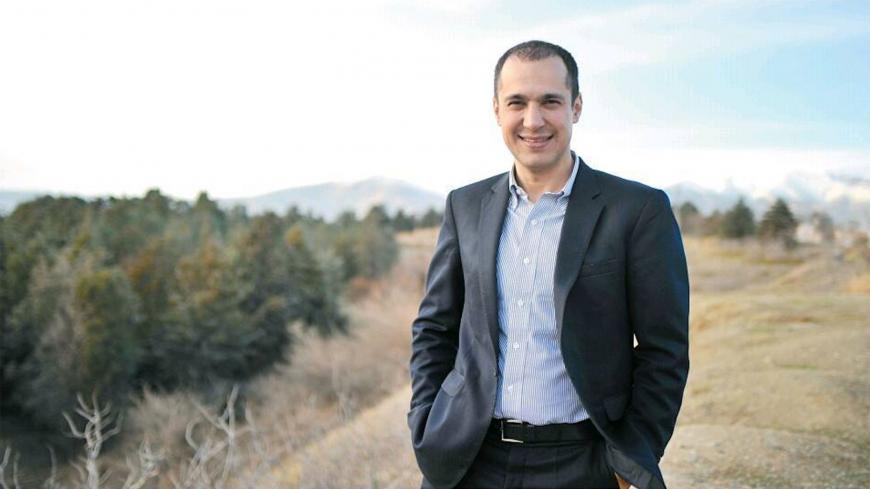 With the election of moderate President Hassan Rouhani in 2013, there were not only campaign promises of reversing the country’s brain drain — otherwise known as the flight of human capital — but also action was taken within the Cabinet to demonstrate this promise. The hiring of Kaveh Madani from the United Kingdom to return to his country of birth to serve as deputy head of Iran’s Department of Environment was one such action.

The 36-year-old scientist, who is about the same age as the Islamic Revolution, would in the eyes of many serve as a test on whether or not both the administration and the deep state would allow young, educated Iranians to return and work.

However, the arrest of Madani and his recent exit from Iran has brought this discussion out in the open with various reactions, mostly critical. In a since deleted tweet, Abdollah Ramenzanzadeh, a  senior Reformist who served as government spokesman under former Reformist president Mohammad Khatami, wrote, “The top student on state exams or the Oxford graduate are no use to this country.” The tweet also referenced Mohammad Reza Jalaeipour, who was also recently arrested after having returned to Iran. Reformist Iranian parliament member Mahmoud Sadeghi, who was one of the first individuals to break the news about Madani’s departure from Iran, tweeted, “This is a lesson for Iranian elites outside of the country.” Hafez Hakami tweeted, “This is not the story of just one person. … I’m sorry for the thousands of others who will decide not to return after this.”

On April 18, Madani tweeted his letter of resignation, describing his strange ordeal. “It’s been seven months. With the invitation of the head of the Department of Environment, after being away 14 years, to serve my country and its honorable people I returned to my homeland,” the letter began. He continued that he had hoped to “play a small role” in addressing the many environmental problems in Iran.

Madani wrote that from the beginning of his return, his private account information and hardware (presumably electronics) were accessed and his rights were violated without any type of judicial process. He wrote that the invasion of privacy and investigations into his personal matters not only continued, but that it soon began to impact his family members and those he worked with. Attached to the letter of resignation was Madani’s comment, “Brokenhearted but hopeful, I promise that just like before with love, I will stand next to the proud people of Iran and take steps to solve the water and environmental problems of my country.”

Madani did not say which institution was responsible for the harassment but referred indirectly to “the concerned,” which is a moniker for groups of conservatives opposed to the policies of Rouhani’s initiatives for both the nuclear deal and connecting Iran to Western countries economically and culturally. The organization behind Madani’s arrest and the arrest of a number of other environmentalists in recent months is likely the actions of the Islamic Revolutionary Guard Corps (IRGC) Intelligence Organization, which has been under fire in recent days for its expanding role in the country.

During a speech marking Army Day, Rouhani took a swipe at the IRGC’s increasing role in the various facets of Iranian life, which has led to accusations of corruption; he compared it with the army. “The army, which understands politics well, has not become involved in political games and has acted upon [the] imam’s orders well,” said Rouhani regarding the founder of the Islamic Republic of Iran’s comments about the military not entering politics. In an indirect comment at the IRGC, Rouhani added, “Today there is no corruption by the commanders of the army; this is [because] of the purity and sincerity of the army.”

After Rouhani’s comments, the IRGC released a statement April 19 that — although not addressing Rouhani directly by name — defended its actions of the last four decades. The statement also referred to Khomeini’s comments — this time in their favor — saying that it was Khomeini who said, “If there was no IRGC, there would be no country.” The IRGC statement also accused some of "intentionally or unintentionally” uniting as one voice with the enemy to attack the IRGC.