The sudden resignation of the young deputy head of Iran's Department of Environment, who had moved back to Iran from the UK to take the position, has stirred controversy. 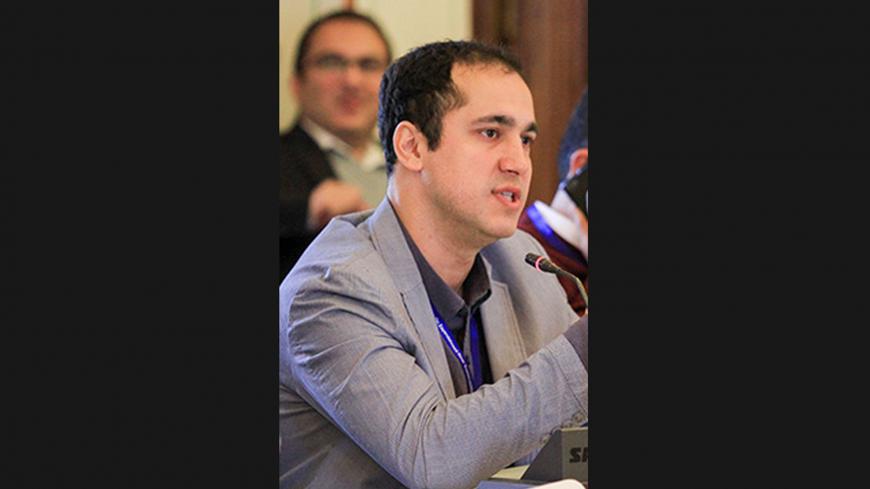 The young deputy head of Iran's Department of Environment, Kaveh Madani, has decided to resign and leave the country following increasing pressure from hard-liners.

Before moving back to Iran, Madani — who has been described by Iranian media as a “genius” — was an environmental management lecturer at Imperial College London in the United Kingdom. He was named the deputy for international affairs, innovation and sociocultural engagement of the Department of Environment on Sept. 17, 2017. The news of his eventual resignation was tweeted by a Reformist parliament member on April 16.

Many Reformists at the time of his appointment welcomed it as a new approach for attracting Iranian elites who live abroad, but hard-liners sought to pressure Madani from day one.

Hard-line media recently released pictures of Madani in which he is seen dancing with a woman, with reports claiming that the dancing took place in a building belonging to the Iranian government in Malaysia. Meanwhile, Reformist media defended him, arguing that the picture was from before Madani’s appointment.

With pressure rising, Madani resigned from his job while he was traveling abroad.

It should be noted that following the arrest of a group of Iranian environmentalists, including Kavous Seyed Emami — whom authorities claim committed suicide two weeks after his arrest in February — reports emerged of the detention of Madani, which were later denied by his boss, Isa Kalantari.

Now, hard-line Mashregh News claims that Madani was also accused of spying and that his resignation, while he was abroad, is rooted in his alleged ties with “spies.” “Following the discovery of the spy and the infiltration network of Kavous Seyed Emami and the arrest of some elements of the Israeli, British and American network, rumors [spread] about Kaveh Madani, a professor at the Imperial College London, and it turned out that he is one of the defendants — and it must be made clear whether there was a relationship between him and the other elements of the spy network," reported Mashregh News on April 17.

The hard-line news site added, “For a number of reasons that should be explained by government officials, not only was Kaveh Madani not questioned seriously, but he also easily continued his actions in the Department of Environment.”

Mashregh then asked, “Through the support of whom did Madani come to the country while he was based at Imperial College London? Does the absence of Madani in the country and his strange resignation while he was abroad mean that the spy network felt the danger of other elements of the network being exposed?”

In response to the accusations, Madani tweeted April 17, “Yes, the defendant escaped from the land in which virtual ignorant [figures] don’t accept science and knowledge and expertise, and through conspiracy illusions, [they] sought to find a victim for all the problems because they realized well that finding a culprit, enemy and spy is much easier than accountability and participating in solving problems.”

While the hard-line media are claiming that Madani was a member of a spy network, Reformist figures and media are slamming the hard-liners for pressuring him to resign.

Mentioning Madani’s resignation, Mahmoud Sadeghi, an outspoken Reformist parliament member, tweeted sarcastically on April 16, “This is a lesson for Iranian elites who are based in a foreign country.”

Moreover, Reformist parliament member Abdulkarim Hosseinzadeh stated April 17, “[Kaveh Madani] has left the country due to incorrect behaviors [toward him], which is an example of mismanagement of human resources and a significant loss of human capital as one of the most important factors of development inside the country, and this question appears in one’s mind … why can’t we take advantage of this capital to develop the country?”

It should be noted that Iran is leading the world in terms of brain drain, even though President Hassan Rouhani’s moderate government has tried to address it since coming to power. Madani’s return was hailed as an example of Iranian elites coming back to their own country voluntarily.