Turkey's largest satirical website, which has 5.4 million followers on Twitter, maintains its tongue-in-cheek criticism against all odds. 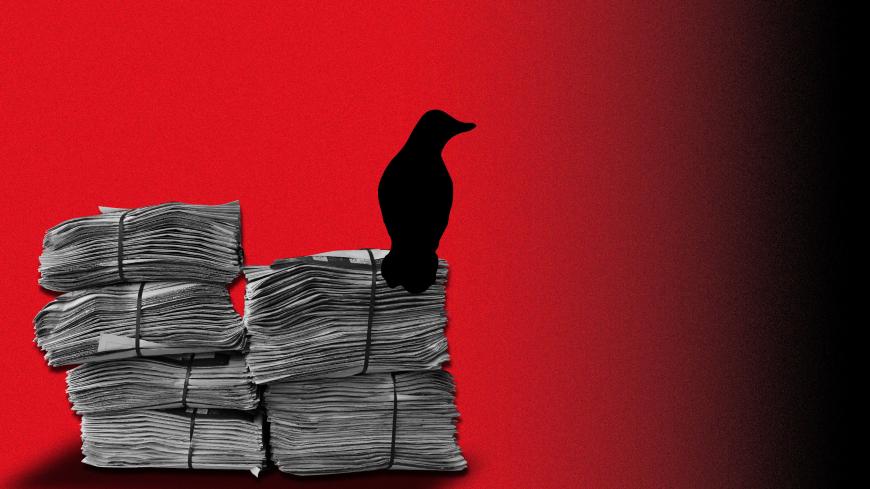 “Would press freedom in Turkey be impacted negatively when the country’s largest media group is sold from a company that reluctantly supports the government to a company that eagerly supports the government?” read the headline of Zaytung, Turkey’s satirical news site, on March 22. It was the day that the Dogan Holding announced talks for the sale of Dogan media, which owns the top-selling daily Hurriyet and broadcaster CNN-Turk, to Demiroren Holding. "Unconfirmed rumors indicate that the government plans to unite all Turkish newspapers, TV channels and news websites under its e-state portal," noted the article, referring to the government's online service portal where Turkish citizens can access official documents, check their tax debts or research their genealogy.

“This headline is precisely why I'd rather follow the news from Zaytung than from any other paper,” Tugba, a post-graduate student of media studies at a public university in Izmir, told Al-Monitor. “I saw this headline in Zaytung barely hours after the first media bulletins on the sale, while other newspapers were probably pondering on the angle they'd use. Zaytung says what other papers dare not say, but in a funny, catchy way.”

The online satirical paper has 5.4 million followers on Twitter and more than 600,000 on Facebook. It has created copycats and parodies. “Sounds like Zaytung” has become a common expression used by politicians, columnists and laymen to refer to absurd news and calls have been made to the Turkish Language Institution's online dictionary to include the word. Still, for a Turkish audience accustomed to fake or biased news, Zaytung is "more honest" than most other outlets.

“When I go out and talk to young people, they say that they follow Turkey’s agenda from Zaytung,” said Hakan Bilginer, an electronics engineer who founded the site in 2009, modeling it after The Onion, an American satirical news site. The name is the Turkish pronunciation of “Zeitung,” German for newspaper. The portal's symbol is the crow and its slogan is “honest, objective and unethical news,” a reference to the website’s lack of affiliation to any other media group and its recognition of no sacred cows exempt from satire.

Zaytung's editorial board, consisting of Bilginer and five others, chooses among articles submitted by contributors, whom Bilginer describes as people “of all ages and a variety of backgrounds.” The final article, once edited, is presented in a classic news style that sometimes gets mistaken as real. In 2012, during Zaytung's early days, the Directorate of Religious Affairs (Diyanet) denied a Zaytung report on an atheist imam in a village in southwestern Turkey who was asked to step down but refused to do so. “We checked and discovered that there is no such village and no imam by that name,” Diyanet members acknowledged on diyanethaber.com.

“We keep our nose close to the daily agenda of Turkey, but we approach it with humor and irony. Our articles tackle controversial issues head-on, but our tone and sense of humor provide a release for people who feel the tension of everyday reality,” Bilginer told Al-Monitor.

Zaytung’s 2016-2017 almanac, which came out earlier this month, gives a satirical account of a rough and controversial period in Turkey’s history: Islamic State attacks, the referendum for a presidential system, the coup attempt, large-scale arrests under the guise of a cleanup operation after the coup, and diplomatic crises with many European countries.

Zaytung took them all in stride: “The 25th kilometer of Yozgat-Kayseri highway, the only place where there was no security issue in Turkey, was declared a cultural site,” read one article, referring to one of the least-visited parts of Central Anatolia after bombs exploded in Turkey’s cities throughout 2016. The same mocking tone dominated its coverage of the military coup attempt on July 15, 2016, in which 200 people were killed: “IS announces withdrawal from Turkey, declaring the country self-sufficient in violence and terrorism.” The article quoted an IS spokesman as saying that trying to destabilize Turkey was “a waste of time and effort” for a foreign terrorist group, when Turkey had its own military means, such as tanks and jets, that different local groups can use against each other.

Unsurprisingly, most of the headlines take aim at President Recep Tayyip Erdogan. “WhatsApp users in panic after Erdogan pops up in some groups” came in response to rumors of wiretapping and text and voice messages sent by the president on July 15, 2017, congratulating the “patriotic citizens of Turkey” for averting the coup a year ago. When Erdogan was criticized for the extravagance of the presidential palace's annual electricity bill of a million liras ($2.2 million), he replied in a written statement that no cost was too high for maintaining a country’s image. Zaytung hit back with the headline, “Heinous attack in Ankara: A group of traitors tries to tarnish Turkey’s reputation by putting energy-efficient light bulbs in presidential palace.”

Surprisingly, Bilginer said the publication has never been sued. Cartoonists, writers and ordinary citizens who mock Erdogan can find themselves in court, facing hefty fines or a jail sentence in cases brought either by the president’s huge legal team or public prosecutors who evoke Article 301 of the Turkish Penal Code, which makes insults to the head of state a crime. One of Turkey’s top cartoon magazines, Penguen, has been sued by the president so many times that it took to publishing blank covers several times as protest. The magazine finally went out of business in spring 2017.

The iron-fisted president tones down his wrath now and then: After the coup, he announced that he was dropping all insult charges against him in a gesture of national reconciliation. He also ignored a rude limerick written by Boris Johnson before he became the British foreign secretary about Erdogan having sex with a goat, and gave him a warm reception when he made an official visit to Turkey.

“Our articles are anonymous,” said Bilginer. “Our board is also careful to be on the right side of law, too. We do not insult anyone; we simply publish good, funny, relevant jokes. Everybody knows that they are not real news.”

The last statement may not be strictly true, as many keyboard-happy politicians have retweeted Zaytung news as real. Melih Gokcek, the ex-mayor of Ankara and a prolific social media user, mistook for real a bulletin that claimed plans for an atomic bomb were found among the “marginal groups that participated in Gezi Park protests” of 2013 — the largest protests against the government in recent Turkish history.

“We’ll miss Gokcek, he was great material for satire — a figure like the villains of Gotham City,” Bilginer said with a laugh. When Gokcek stepped down at Erdogan's request, Zaytung ran an image of Gokcek’s framed portrait at the garbage bin, with the caption, “The new administration pays respect to Ankara’s legendary mayor.”

Zaytung’s popularity has increased as the pressure on the press has silenced satirical voices in the mainstream media and political cartoons faded from front pages. “Given the lack of humor in politics, Zaytung provides a brave and funny counter-voice,” Idil Gungor, a former journalist who presently heads the communication team of a private publishing group, told Al-Monitor. “It has become a brand.”

Bilginer’s future plans include adding an English-language section. “I think some of the news is local, but some can interest an international audience,” he said.