One day after Turkey's president blasted media mogul Aydin Dogan over a Hurriyet story he said sowed discord between the government and the armed forces, Dogan, who is also US President Donald Trump’s business partner, has been summoned to appear in court over fuel-smuggling accusations nearly a decade old. 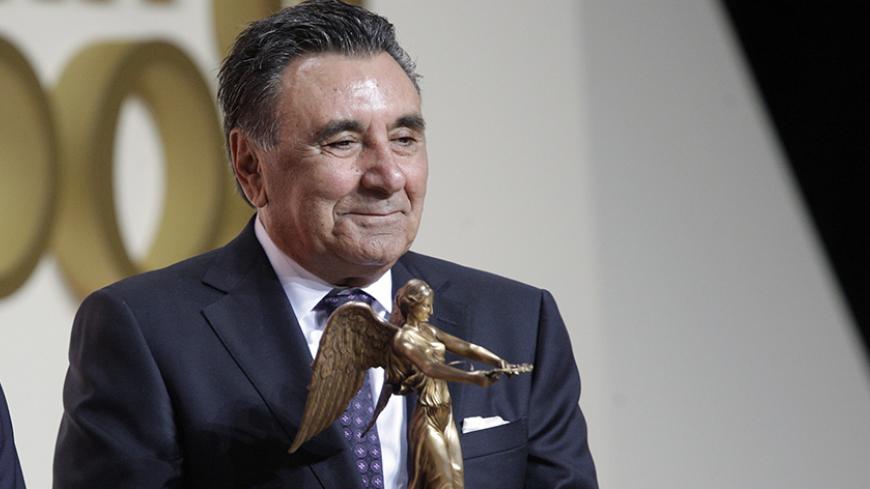 The seemingly endless battle between the government and Turkey’s most prominent media mogul, Aydin Dogan, who is also US President Donald Trump’s business partner, grew nastier today after he was summoned to appear in court over accusations of fuel smuggling.

The orders came a day after Turkish President Recep Tayyip Erdogan blasted Dogan’s flagship Hurriyet newspaper over a story it ran hinting at tensions between the government and the Turkish Armed Forces (TSK). “This is insolence,” Erdogan railed before flying to Pakistan yesterday.

He said the newspaper had tried to sow discord between the government and the armed forces. “They will pay the price,” he warned. And so they are.

Shares in Dogan Holding, which also has interests in energy, construction and real estate, continued to tumble today, closing 4.2% lower on the Istanbul Stock Exchange. Hurriyet closed 1.4% lower as senior officials continued to skewer Dogan over the article. The piece had suggested, among other things, that the TSK was not consulted on the government’s recent move to allow women in service to wear the Islamic-style headscarf.

For Turkey’s beleaguered secularists, it was the final humiliating blow. The TSK was long regarded as the protector of the secular republic founded by Ataturk. This self-assigned role was enshrined in the current constitution, written by the generals when they last seized power in a 1980 coup.

Coming months after the failed July 15 coup and weeks before a critical referendum on expanding Turkey's presidential powers, Erdogan and his allies apparently saw the piece as a veiled threat from residual coup-mongers within the TSK's ranks and Hurriyet as their willing messenger. In a statement, the General Staff did not dispute the substance of the article but instead took aim at its headline: “The General Command is perturbed.”

“To portray this as if there were problems between the General Staff and the government is a distortion,” the statement read. Used in this context, the Turkish word for “perturbed” has negative connotations in the annals of Turkish media history. It usually means the military is mulling a takeover.

Indeed, the ferocity of the government’s reaction suggests that even after purging thousands of officers after the coup it still feels insecure. It's just as likely to be milking the affair for the referendum campaign. Playing the victim is a sure vote-getter, especially when the purported oppressor is an army aligned with the West.

Whatever the government’s motives, Dogan took no further chances. Hurriyet called the headline “an editorial mistake.” Heads rolled. Hurriyet’s editor-in-chief Sedat Ergin was replaced by Fikret Bila, a veteran columnist with close ties to the top brass and more recently to the government. The switch had been in the works for some time, but the big surprise was the quandary of Hande Firat, the author of the article who until its publication was the darling of Dogan Holding and the government. Firat was the TV anchor who broadcast Erdogan’s appeal to the people to resist via FaceTime on the night of the coup.

She was promoted for her performance, but now she could theoretically join over 150 Turkish journalists currently in prison on a hodgepodge of alleged terrorism and other dubious charges. A prosecutor opened an investigation into Firat’s piece as pro-government hacks bayed for her blood.

Meanwhile, her 80-year-old boss, who had been represented by his lawyers in the fuel-smuggling case thus far, will now have to appear in court after Wednesday’s summons. The case dates back to 2008, when Dogan Holding owned stakes in Petrol Ofisi, Turkey’s biggest chains of gas stations. The group is accused of dodging taxes but the case is widely seen as part of government pressure on Dogan, a longtime ally of the TSK-backed pro-secular establishment that has lost most of its power.

Dogan’s recent efforts to placate Erdogan, including sacking critical journalists, never seem to be enough. In an open letter to Dogan published by the independent online T24 news site, prominent columnist Hasan Cemal, who was convicted of insulting Erdogan today, summed up the media baron’s plight: “This government does not like you. [Whether] you capitulate, bow your neck as before a sultan, nothing will change. Erdogan will continue to ask for more. As a close colleague of Erdogan told me years ago, 'Our boss doesn’t know [when he's won] a fight. Even when his rival falls to the ground he continues to punch.'”