Ankara is tightening its grip even further over the media in Turkey with a new law increasing its censorship powers over online content, threatening both independent news outlets and domestic access to international reporting. 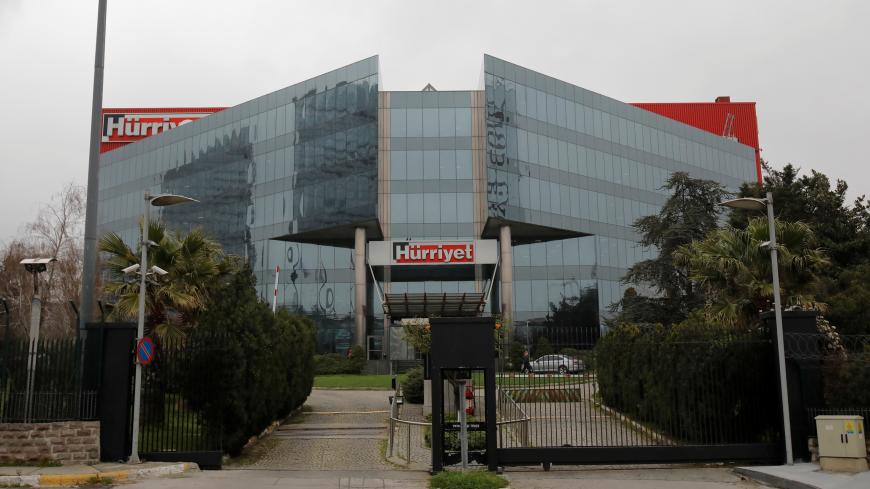 The government’s chokehold over Turkey’s beleaguered media is tightening with the slapping on of new restrictions and the concurrent sale of the country’s last notionally independent media conglomerate to a pro-government group. The moves are widely seen as part of a concerted push by Turkish President Recep Tayyip Erdogan to guarantee victory for himself and his ruling Justice and Development Party (AKP) in critical municipal, parliamentary and presidential elections that are due to be held next year. With the country near evenly split between those who support Erdogan and the rest who don't, squelching the few persistently critical voices is key.

The first blow came when the AKP-dominated parliament passed a new law last week giving the state media watchdog, the Radio and Television Supreme Council, further censorship powers over content broadcast or streamed via the internet.

Under the new rules, media-streaming platforms will need to get licenses to broadcast in Turkey, much in the same way local radio and television broadcasts do. At the same time, building on earlier restrictions introduced in 2014, the body will be able to demand the removal of content or the restriction of access to these platforms in a criminal court. The court will hold no hearings and make its decisions within 24 hours, leaving providers no opportunity to defend themselves. With more than 4,000 judges purged since the failed 2016 coup, the courts are packed with those too fearful to strike an independent stance.

Commercial streaming services such as Netflix, which have become popular in Turkey, could theoretically see “naughty” content excised in line with Erdogan’s appeals for a "more pious generation."

More critically, independent online media platforms that have sprung up in recent years to offer an alternative to the steady diet of pro-government propaganda dished out by news organizations controlled by Erdogan’s cronies will likely be targeted. Turkish-language broadcasts offered by global outlets like the BBC and Deutsche Welle, which are attracting a growing number of Turkish viewers, are vulnerable too.

The Turkish authorities have already banned 170,000 websites. Last week the encryption service ProtonMail confirmed that it was no longer directly accessible in Turkey and explained in a blog post how to circumvent the blockage using virtual private networks or VPNs.

But the government is furiously working on ways to clamp down on VPNs as well. An official at the state-run Information Technology Institute confirmed his outfit was refining new technology that would help do just that in testimony before the parliament, reported the daily opposition Evrensel newspaper. Levent Gonenc, who bemoaned internet providers’ ability to bypass restrictions, said, “We are at the testing stage. As our tests are completed we will advance stage by stage.”

Yaman Akdeniz, a prominent cyber rights activist and lawyer, asserted in an interview with Evrensel, “If VPN protocols are obstructed then the noose will grow ever tighter. Our internet won’t be much different from [state broadcaster] TRT. In political terms, this will bring us closer to China, not the European Union.” On a positive note, text-based electronic media is not immediately affected by the new internet regulations, as they are not specifically mentioned in the law. But Harun Simavi, the owner of Diken, a popular online news outlet that is critical of the government, cautioned in an interview with Al-Monitor that the wording of the law was sufficiently vague “that although technically speaking, we are not affected, if authorities choose to apply it to text-based internet media, they could do that too.” This will likely prompt digital news outlets to shrink the number of videos they post to enrich content and draw more viewers so as to safeguard against getting caught in the authorities’ net.

Gokhan Bicici, the managing editor of Dokuz8HABER, a citizen journalism platform born out of the 2013 Gezi protests, concurred. He told Al-Monitor, "The jurisdiction is blurred. YouTube, Facebook, Twitter, for instance, are not covered by the law, leaving us in a gray area. But the time when they demand that we, too, secure licensing may well come. The government is acting out of commercial interest but at the same time they are politically motivated to control the flow of news."

Harun Simavi is the great-grandson of Sedat Semavi, the legendary founder of Turkey’s most influential newspaper, Hurriyet, which was sold by its current owner, Aydin Dogan, along with a stable of TV and radio channels and other outlets to the pro-government Demiroren group last week. News of the sale, reportedly for around $890 million, sent tremors through the political establishment.

Many journalists mourned the loss of the Dogan News Agency in particular, because it was the sole nationwide wire service covering the news in a relatively objective way and had the financial muscle to send reporters to polling stations across the country on election day. The sale of Dogan’s Yaysat, a media distribution giant, has prompted further worries that under Demiroren it will ditch the last mainstream opposition daily, Sozcu, as well as critical satire magazines. Dogan also distributed and printed Karar, a mildly oppositionist and influential daily newspaper run by former AKP supporters.

The octogenarian billionaire has been Erdogan’s bete noir ever since he rose to prominence as Istanbul’s first Islamist mayor in 1994.

Dogan continued to bet on Turkey’s generals, who long ran the country from behind the scenes. Hurriyet led the chorus of opposition against Erdogan and paid the price. In 2009, when Erdogan was well entrenched as prime minister, Dogan got a $3.3 billion tax fine, after which he sold two newspapers to the Demirorens. Yet he remained determined to soldier on, firing journalists who were too critical and censoring content. To his credit, Dogan also published the now defunct liberal daily Radikal, which unremittingly challenged official narratives on the Kurds as well as the Armenian genocide and other state-sanctioned crimes.

It was to Dogan’s CNNTurk news channel that Erdogan turned to on the night of the coup, appealing to his supporters via the FaceTime app on a mobile phone held up by anchor Hande Firat for millions of viewers to see. But Dogan’s contortions apparently failed to sway Erdogan and it's widely rumored that Dogan finally caved amid threats that he might face prosecution over his alleged support in the generals’ so-called Velvet Coup in 1998, when Erdogan’s former party, the overtly Islamist Welfare Party, was pushed out of power. “I know that is what broke him finally. He didn’t want to sell, he was resisting,” a veteran Dogan-affiliated journalist told Al-Monitor on strict condition of anonymity.

Dogan has always been a controversial figure.

He was among the first tycoons to use his media assets to bully a succession of weak and corrupt coalition governments that led the country before the AKP, to advance his other business interests in real estate and energy. That model has now collapsed. As veteran foreign correspondent Andrew Finkel put it to the Financial Times, Turkey’s new newspaper owners feel they have “to buy newspapers to do business with the government.” State-owned banks help bankroll these purchases, ensuring that the new media bosses remain on message.