Egyptian writers use history to highlight the present

Inspired by history and its relation to the present, novels by Rasha Adly and Ahmad Abdulatif landed them nominations for the International Prize for Arabic Fiction. 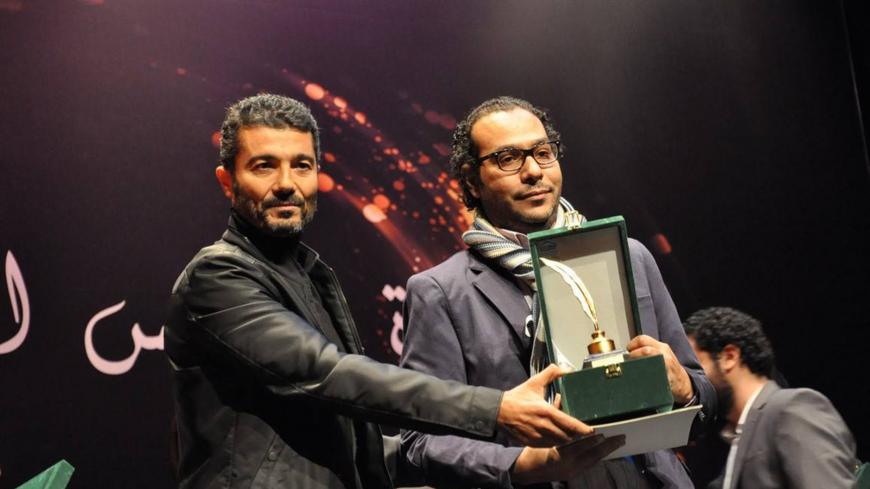 The International Prize for Arabic Fiction, known as the "Arab Booker," is seen as the ultimate literary honor for Arab novelists. The award aims to encourage the writing of contemporary literature in Arabic and to have Arabic fiction translated and published in other languages. The work of the winners often gets translated into English and foreign languages.

This year, two Egyptian writers — Rasha Adly and Ahmad Abdulatif — were included among the 10 names that had been selected from 124 applications from 14 countries in the Arabic-speaking world. Even though they did not make the shortlist that was announced Feb. 21, the Egyptian literary press has been writing about them since.

The two authors have entered the literary scene from other disciplines: Abdulatif is a translator and Adly is an art historian. They both look at historical events to draw parallels with the present.

Al-Monitor met with the two authors to discuss their literary paths and nomination.

Abdulatif, 39, who wrote “Hossn al-Turab” ("The Earthen Fortress"), is already known in the literary world as a prominent Spanish translator. He said that working as a translator had enabled him to learn new skills that helped him as a writer. “I am first and foremost a novelist and my mission in life is to look at the world and describe it,” he said. “Translation widens the author’s perspectives, just like reading. But it can damage [the authentic style of an] author as well because he has to [use the words and style] of another writer while translating.”

Abdulatif had a religious upbringing that familiarized him with Arabic religious and literary texts, most of them from his father’s extensive home library. He graduated from the Spanish Language and Literature Department at Al-Azhar University.

“Hossn al-Turab” tells the story of the Moriscos — the Muslims who were forced to convert to Christianity and change their names after the Arabs lost Andalusia. Even after converting they were tortured by inquisition tribunals before being expelled to Morocco in the 17th century.

“I had the idea for a long time. I started reading about Arab history in Andalusia and the fall of Granada, and the subsequent massacres and inquisition tribunals,” he said. “The idea developed in the past few years. I wrote the first lines in 2014 and completed the novel in 2016.”

Abdulatif noted that the events of the Arab Spring are similar to the topic of his historical novel. “The revolutions calling for freedom ended with oppressing and pursuing minorities. This tragedy resembles the Moriscos’ plight,” he said.

Critics also pointed out the similarity. Mahmoud Abdul Shoukour, a literary critic at the Egyptian newspaper Al-Shorouk, wrote, “[The novel] does not seem like a story [solely] about the past on the plight of the Moriscos in Andalusia, but it is in fact a recollection of the past and an expression of the current tragedy of intolerance. It depicts the catastrophe of using religion as a cover for greed and monopolization of power and wealth.”

Abdulatif added that for him the past and the present are linked. “I write about history to understand the present. Unfortunately, history repeats itself in a ridiculous way and people never learn. I tackle historical ideas to analyze the present reality. When we read about the persecution of Muslims in the Middle Ages, doesn’t that remind us of the persecution of Christians and minorities in the 21st century?”

In 2011, Abdulatif won the Egyptian State Encouragement Prize for his first novel “Sane’ al-Mafateeh” ("The Keymaker"). He had not anticipated the nomination for the International Prize for Arabic Fiction, and said, “I was happy to be nominated. Perhaps I was even happier because I did not expect it.”

Rasha Adly, the author of “Shaghaf” ("Passion"), graduated with a degree in art history from Ain Shams University. Her novels are often linked to artworks. She told Al-Monitor, “When I contemplate a certain art piece, it inspires me to write and it opens the door of imagination and interpretation. Paintings can help a person write different stories.”

Adly launched her blog "Gallery" 10 years ago, where she has been posting her writings. She also writes for the Emirates Culture magazine.

In 2010, she wrote “Sakhab al-Samt” ("The Clamour of Silence"). “This book helped me in creative writing, and then I wrote my first literary piece. Ever since I have not stopped writing,” she said.

Born in the suburbs of Cairo in 1978, Adly has always been a reader. “[Reading] helps master writing, especially if there is an underlying talent.”

“Shaghaf” starts with the arson of the Egyptian Scientific Institute in the wake of the January 25 Revolution, during which an art history teacher finds a damaged painting of a girl. The girl in the picture turns out to be Zeinab al-Bakri, an Egyptian girl who has a relationship with Napoleon Bonaparte during his campaign in Egypt in 1798-1801.

Adly said that the fire in the institute was a real event that moved her. “I was upset that the institute’s treasures were destroyed. This was the reason for writing this novel. When writing about the arson, it is normal to go back to the French campaign because it was Napoleon himself who had ordered the establishment of the institute in Cairo, which he wanted to be like the French Academy of Sciences.”

The book also offers a sympathetic portrayal of Bakri, who is often called a “prostitute” in history books because of her relationship with Napoleon and his soldiers during their presence in Egypt.

Adly believes Bakri was “a 15-year-old child, inexperienced in life. Her father threw her in the arms of Napoleon to feed his own greed.”

She refuses to classify literature written by women as “feminist literature," although her books address the injustices toward the women in the past and present. She does not portray the adult women as victims, and maintains that many women have become free and intellectually liberal and can express their ideas in literary circles. She opposes the prevalent belief that women write to rant about their problems with men, oppression and injustice.

Unlike Abdulatif, Adly was not surprised that her novel was nominated for the International Prize for Arabic Fiction. She said that she regards awards as an incentive that encourages writers to write more and the public to read more.