The people of Istanbul quickly embraced Uber's clean, safe cars and polite service, and thousands of taxi drivers are starting to react with violence. 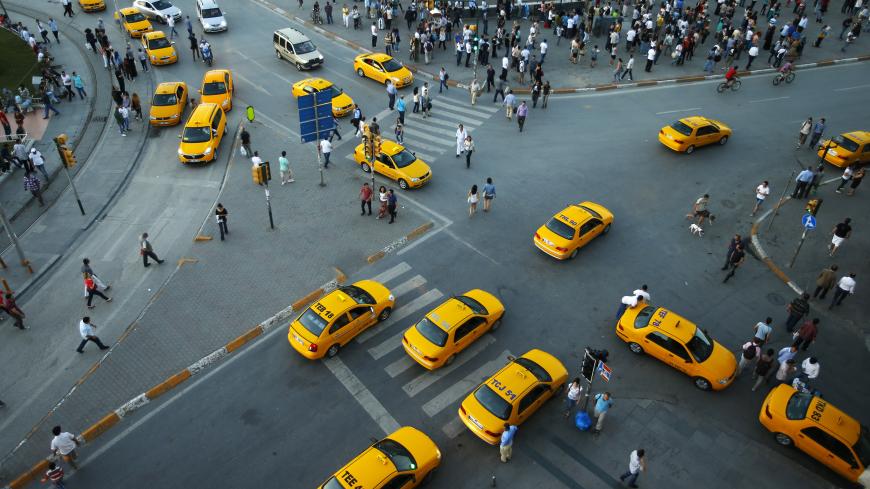 Uber has quickly become the preferred mode of transportation for Istanbul’s taxi users who have long been fed up with overcharging and rude, smoking cab drivers who cherry-pick their customers according their destinations.

Already burnt out by Istanbul’s notorious traffic, taxi drivers are infuriated by the decline in their customers. They first staged street protests against Uber and then turned to brute force, stoning Uber vehicles and even firing weapons at them or threatening their customers. In some incidents, cab drivers posing as customers scheduled Uber rides have lured drivers to far-off destinations to trap and beat them up.

Meanwhile, the Istanbul Taxi Drivers Association filed a legal complaint against the app. “We don’t want to resort to violence similar to what happened during street protests in various European cities,” Eyub Aksu, the head of the association, said after the first hearing on March 12. “But if our parliament doesn’t take action, our drivers may lose patience and do whatever comes to their minds,” he added.

For many years, Turkey’s yellow taxis held a sort of monopoly. In Istanbul, taxi licenses — similar to medallions in New York — are extremely high-value investments that cost some 2 million Turkish lira ($500,000).

But when a competitor emerged and its attractions of new, clean cars and courteous drivers challenged the yellow taxi monopoly, the licenses began losing value.

Yellow taxis are the bread and butter of hundreds of thousands of people in Turkey. In major cities, taxi license owners rent out their cars to drivers for fees from 250 to 500 liras ($50 to $125) per day. The drivers scramble to make enough money to pay the owner and keep an income for themselves. Comfort, cleanliness and safety are not major concerns to drivers who have to work fast and favor long-distance customers.

The Uber-taxi standoff has also provided an opportunity for the 15 million people of Istanbul to air their long-held grievances with taxi drivers.

“If you keep your car clean, don’t refuse business to some destinations, don’t behave aggressively, if you don’t smoke in the car, be polite to your customers, obey traffic rules and stop swearing every time the traffic is blocked,” maybe people would take a taxi, wrote prominent columnist Ahmet Hakan.

“It is difficult to achieve results until the monopoly in the taxi sector is regulated and [taxi drivers] abandon their mafiosi attitudes,” wrote Hilal Kaplan, another columnist in the pro-government Sabah.

While pro-government and mainstream media figures are united in the pro-Uber camp, both the ruling party and the main opposition prefer to stand with the taxi sector. Taxi drivers and license owners represent a sizable voter bloc all over Turkey.

The Ministry of Interior is now drafting a law that will increase the sanctions against Uber and similar applications. But the Uber front is not giving up yet. Highlighting the safe and high-quality service they provide, Uber drivers, whose total number is estimated around 5,000, called on the government to cancel the fines issued to some Uber drivers.

Despite the Turkish media’s pro-Uber or at least anti-taxi stance, a victory for Uber is highly unlikely as no political party will dare offend taxi drivers by supporting a US-made application at a time when anti-Americanism is on the rise and the elections are nearing. On the other hand, no matter how difficult it is for taxi sector to acknowledge it, the transportation monopoly in Turkey seems to be already shattered. Taxi drivers may therefore opt to cooperate with Uber.

Even Customs and Trade Minister Bulent Tufekci called on taxi drivers to lend an ear to customers’ concerns, saying March 16, “People find something good in Uber. Our taxi drivers should asses themselves. We must analyze why people prefer Uber.”

According to the Turkish press, the rift between Uber and the yellow taxis has already boosted the popularity of the application, serving as free advertising. The number of users has reportedly increased fivefold in the past 10 days, breaking records.

The taxi drivers, on the other hand, have not learned their lessons yet. As one passenger in Istanbul put it, “They are rapidly losing their customers … just today I was refused by a taxi driver just because my destination was nearby."