To compete with Uber, Egyptian-owned company Taxi Plus launched a ride-sharing app for local taxi drivers. 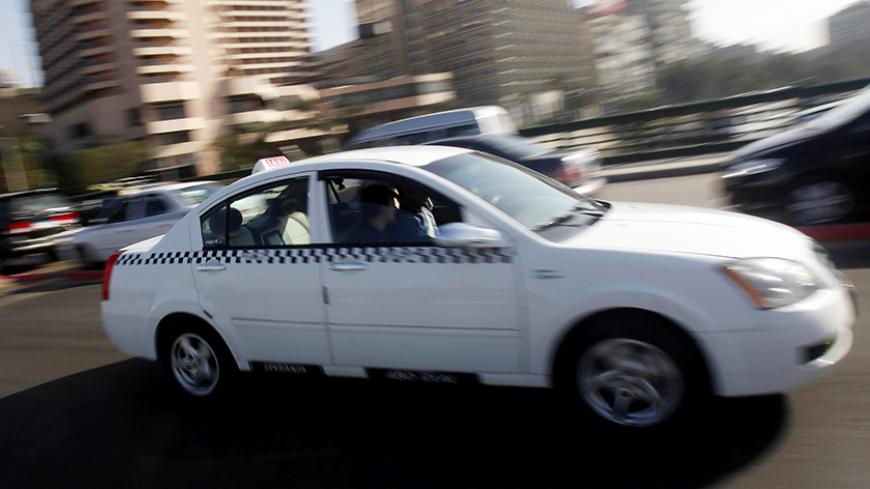 In late 2016, Egyptian-owned company Taxi Plus launched its first ride-hailing service for Egyptian capital taxis with the aim of modernizing them to meet international quality and safety standards.

The app is downloaded on cellphones and connects customers with traditional taxi drivers.

"Taxi Plus is a shareholding company, and all its employees are Egyptians," Hesham El-Sayed, the CEO of Taxi Plus, told Al-Monitor. "The taxi drivers join the service with the fare decided by the Egyptian government. Currently, 500 taxi drivers are enrolled in the app and have offered service to 2,000 customers since Dec. 25, 2016 — the date of its launch. He said that the service covers Cairo and Giza governorates. Access to the service will be expanded across Egypt.

The company reaches taxi drivers by distributing flyers in gas stations to encourage them to apply.

The taxi drivers who enroll in Taxi Plus are chosen carefully, according to Sayed, who said that before accepting them to work, they are subjected to a drug test and their cars are inspected to ensure the best quality of transportation.

"Also the company reviews the drivers' criminal record before hiring them," he said.

After the drivers are approved, he added, they attend training workshops on how to use the app and how to communicate with customers. Speaking loudly, smoking and using cellphones are prohibited in their eight-hour workday.

He pointed out that disabled people and elderly customers who cannot use a smartphone can call the company's hotline to book a taxi. The hotline also receives clients' complaints and comments about the drivers 24/7.

The app allows customers to select between two ways of paying — with cash or a credit card.

This new service has come after nearly three years of foreign-owned cab-hailing services, like Uber, dominating the Egyptian market.

In November 2014, Uber, the US worldwide online transportation network company based in San Francisco, launched its operation in Egypt. Its app spread quickly among Egyptians in the capital and in other governorates. According to the latest data issued by Uber in late 2016, there are 40,000 drivers working with Uber in Cairo, Alexandria, the Egyptian tourist resort El Gouna and the northern coast of Egypt.

Uber's rapid growth among customers in the Egyptian street irked local taxi drivers, who held many demonstrations to condemn its presence in the country. The drivers grumbled about Uber drivers who used their private-licensed cars, claiming that they don’t pay the same kind of taxes annually to the state and they don't have the same licensing procedures.

Samir Mouris, one of the drivers who enrolled with Taxi Plus, is one of the sufferers. He believes that the appearance of the foreign cab-hailing service in the country had a bad effect on his livelihood.

"I swear that my daily income is badly affected. I lost most of my clients, who went to use Uber instead," Mouris said.

He said he was in contact with his past clients and told them he was available when they needed him for a ride. They haven’t called him for nearly two years. So he had to roam the streets searching for clients.

"I find only the elderly people who want to take a ride to their former workplaces to get their pensions," he said with a bitter voice, adding that the other clients are poor workers and craftsmen who feel that the normal taxi fare is expensive.

Mouris, however, doesn't blame the customers for using the cab-hailing services. He admitted that some taxi drivers who refuse to drive to remote places or refuse to turn on the meters or who talk rudely are to blame for tarnishing the image of all taxi drivers.

Thus, he puts great hope in this new app that will provide better service to the clients.

"Above all, it's an Egyptian company whose money pumps into the Egyptian market. I will encourage my colleagues to enroll in it. We will work hard to regain and increase our clients and correct the bad image of taxi drivers."

Ahmed Hassan, an employee at one of the private banks in Egypt, told Al-Monitor that he usually uses Uber and he will not return to use traditional taxis anymore.

"The cars are clean and most of the drivers are well-educated and respectable. This comfortable atmosphere encourages me to use them more and more rather than try a new service that I cannot guarantee its success," Hassan said.

However, Reham Arafa, a medical student, joined Taxi Plus and left Careem, an app-based car-booking service company based in Dubai.

She used the new app twice and said she didn't feel any differences between the two apps. "I will support the Egyptian service with love. Egyptians should stand together and encourage such a local service. We should give those drivers a chance," she said.