The Turkish government is reluctant or unable to explain the extraordinary increase in lost or stolen guns in the country, including weapons distributed and now missing since the 2016 coup attempt. 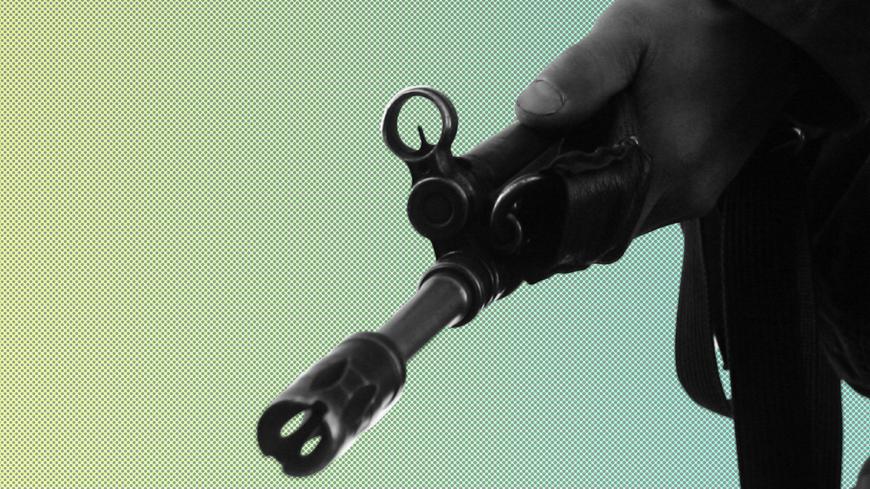 ANKARA, Turkey — The 2017 annual report of the Turkish Interior Ministry, released in late February, raised fresh questions about a controversy ongoing since the failed coup attempt on July 15, 2016. According to the report, 2,198,774 individuals lost their vehicle registrations, gun licenses, driver's licenses and professional IDs last year, while 106,740 guns were recorded as either lost or stolen.

News of the huge number of missing weapons comes amid concerns over the reported proliferation of unlicensed guns, including through online sales, and has reignited debate on weapons that were reported missing from military and police armories in the wake of the coup attempt.

During the night of the attempted putsch, civilians who took to the streets to stop the putschists seized some soldiers' weapons, while some soldiers surrendered and voluntarily handed them over. Meanwhile, there have also been reports that weapons were distributed to civilians from police warehouses.

Last year, a legal case involving a murder committed during an argument near Ankara established that the suspect had used an MP5, a submachine gun, that belonged to the police. The suspect testified that he had obtained the gun on the night of the coup attempt, when weapons were distributed from a truck outside police headquarters in Ankara.

After the story hit the headlines, the Ankara governor’s office issued a statement, explaining that weapons had been hastily distributed to police officers as the coup attempt unfolded, without keeping records of who got what, but also denying that civilians were among the recipients. The weapons were later collected, the statement said, while also confirming that an MP5 had been missing. Many weapons, ammunition and explosives distributed to soldiers and police officers during the night of the coup attempt are said to still be missing and sought across the country.

Following the public outcry and calls by the political opposition for an explanation, the Interior Ministry tweeted a statement, but it only compounded the situation. According to the ministry, the figure in the 2017 report represented the total number of guns reported as lost or stolen since 1944. That still left unanswered one question requiring a credible explanation: Why did the total number of lost and stolen guns abruptly shoot up to some 100,000 over the past three years after standing at less than 15,000 for the seven decades, until 2014?

Defense Minister Nurettin Canikli confirmed in February that authorities were still looking for guns belonging to the military that went missing during the coup attempt. Responding to a parliamentary question by a lawmaker from the main opposition Republican People’s Party (CHP), Canikli said the missing weapons had been registered as such in the databases of both the military and the police and were being “sought across the country.” The minister did not say how many or which weapons were missing. Judicial authorities are also investigating, he said.

There are no clues as to where the more than 106,000 missing weapons might be. Of note, the available statistics only include guns reported as lost or stolen to authorities, meaning that the actual figure might be higher.

In a written parliamentary question in June, CHP Deputy Eren Erdem had asked Interior Minister Suleyman Soylu for the number of weapons that had been missing from the police inventory since the night of the coup attempt. He is still waiting for an answer.

The Association of Retired Noncommissioned Officers has underlined that all assigned weapons and ammunition, and even flasks and boots, are the responsibility of individual soldiers and officers in the Turkish army. Many personnel are now anxious because some of the weapons used during the night of the coup attempt are still missing, according to the head of the association.

Few seem to be convinced by official statements on the missing guns cited in the Interior Ministry reports, as contradicting statements have deepened the confusion, and many questions remain unanswered. Turkish society is already sharply polarized, and many believe that government supporters are arming themselves for future action against political opponents. Open threats from Islamist quarters are feeding the apprehension.

Last month, a presenter on the Islamist Akit TV said on air that the staff of the daily Cumhuriyet, a vocal government critic, deserved to be “slaughtered.” Another Akit TV presenter, infuriated by claims of civilian casualties in Turkish military operations in northern Syria, said, “If we were to kill civilians, we would have started in Cihangir, Nisantasi and Etiler,” referring to Istanbul neighborhoods considered bastions of secularism. He added, “There are so many traitors. There is the Turkish Grand National Assembly,” referring to opposition lawmakers in parliament. Prosecutors have launched an investigation into the presenter.